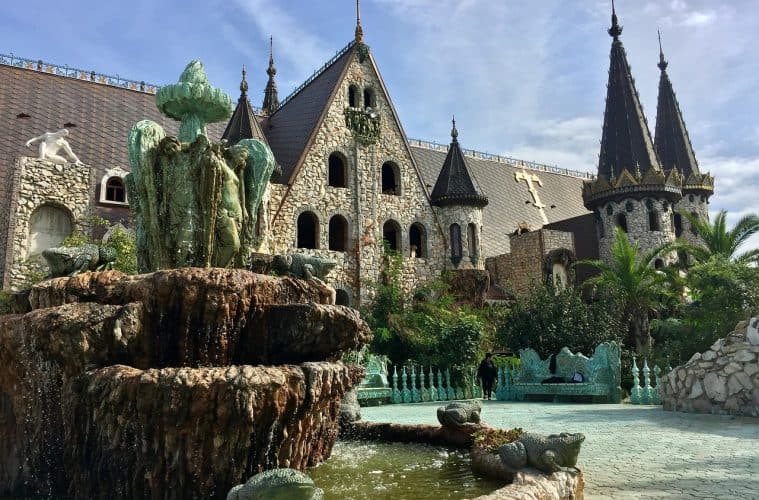 10 Cheapest Countries on Earth That Are Still Vacation-Worthy

Everyone wanted to have the taste of everything–wonderful but cheap travel destination. If you’re planning if where you will spend your holiday vacation yet you don’t have enough budget, you don’t have to worry.

Here are some of the countries in the world that could offer you the best of the best but in an affordable rate. 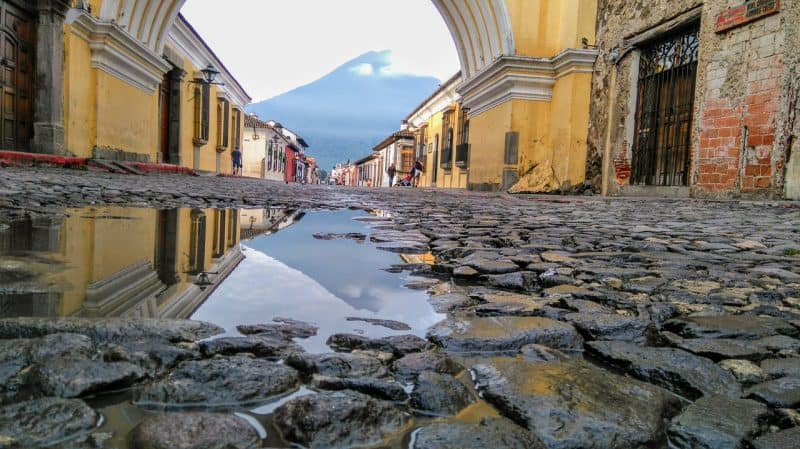 The former capital of Guatemala, Antigua is one of the best places where you could visit. It offers some of the best streetscapes in the world. Not only that, you can also explore the ancient Mayan ruins that would totally leave you in awe. There are other spots which only a few people know aside from Mayan sites. There are few others Mayan ruins aside from Tikal that tourist can visit which is located near the said site: Yaxhá, Nakúm, Uaxactún, El Mirador, Aguateca, El Ceibal, Iximche, Takalik Abaj, Zaculeu, and other spots that haven’t been discovered. 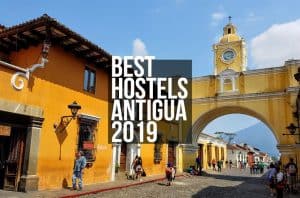 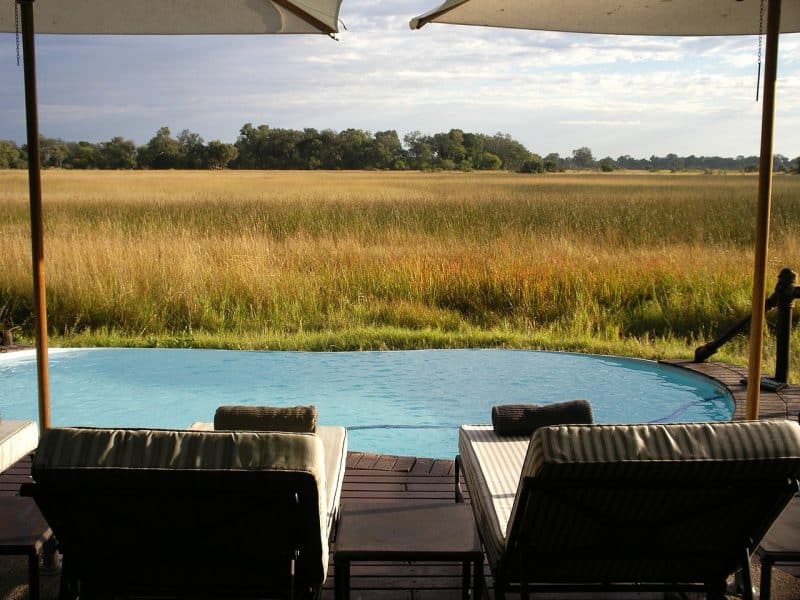 If you are aiming for a great Safari destination but with a tight budget, you can definitely add this country to your travel list. Botswana certainly has breathtakingly unique sceneries and wildlife experiences. You can explore at least seven attractions that make it an excellent destination for your African safari. You can go to Makgadikgadi Salt Pans and Okavango Delta which is the wet oasis of the country. If you want to see the elephants, visit Chobe National Park. The Kalahari Desert, The Tsodilo Hills, Kgalagadi Transfrontier Park, and Moremi Wildlife Reserve are places where you can enjoy spectacular sceneries and to be able to see exotic animals in a much closer view.

This place doesn’t only offer great beaches but would surely surprise you with the other vacation spots that can be found in Tunisia. If you’re the kind of person who appreciates fine architecture, Sidi Bou Said is a perfect place for you. It is a classic blue and white sun-soaked Tunisian coastal town. You can also enjoy the view of El Djem which is an amphitheater that is considered as one of the best-preserved in the world. If you love seeing a lot of ruins in one place, you will surely be amazed in this place. Here are some of the must-see attractions of Tunisia: Dougga which is spot that was already established around as early as second or third century B.C., Bulla Regia, Byrsa Hill, Sbeitla, Zaghouan Aqueduct, Carthage, Antonine Baths, and Haidra are few of ruins that are similar to the Romans but could also be found in Tunisia. 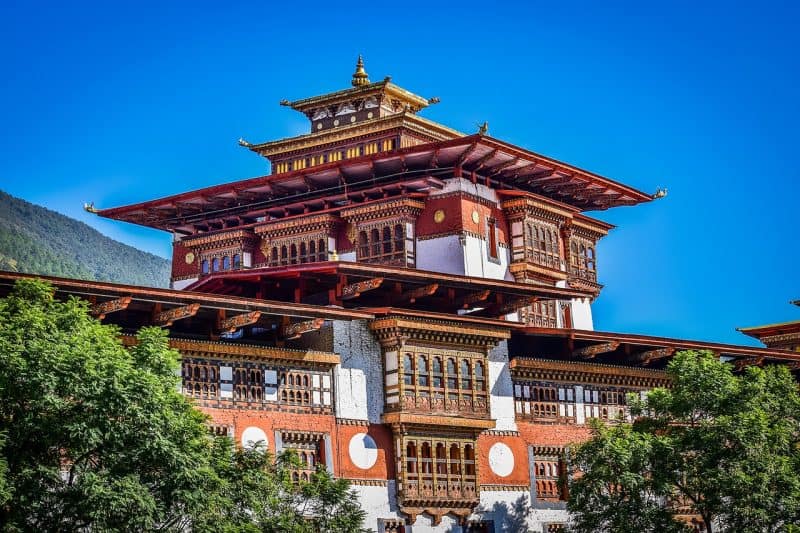 Being tagged as the original land of smiles but now being called as Land of the Thunder Dragon, it’s no doubt that Bhutan would definitely make you smile once you’ve seen its popular tourist attractions. Even though it still difficult to get visas and permits to travel here, the treasures that await really do make worth all the bother. If you’re a traditional traveler, you would really love to see the Tiger’s Nest of the Paro Valley or Takstang. The breathtaking rooms of this monastery are popular to the tourists who are traveling in this country. The architectural designs of Dzongs or fortresses in this country are extraordinary. Trongsa Dzong, Lhuentse Dzong, Jakar Dzong, Paro Dzong, and Punakha Dzong are considered as the top five dzongs in Bhutan. Bhutan might be the last great Himalayan Kingdom but you simply can’t deny the fact that you will fell in love with this place. 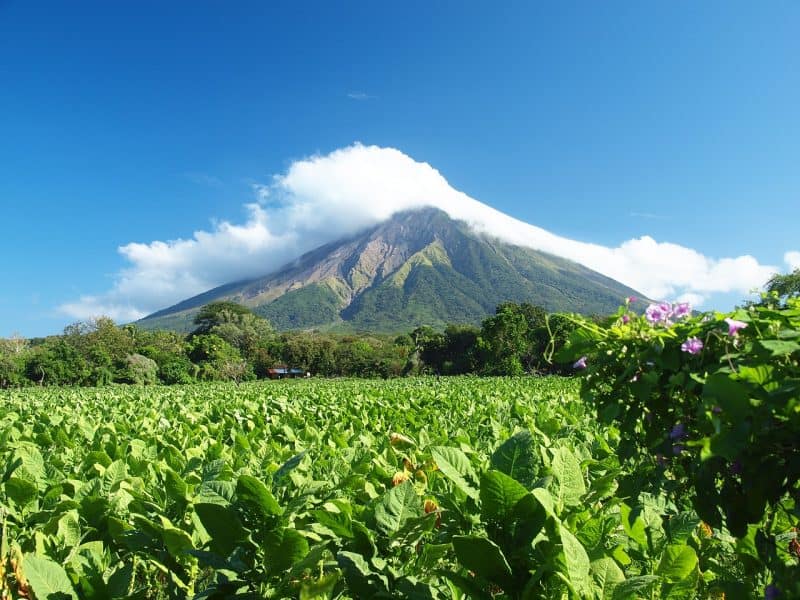 If you’re seeking for an endless adventure and serene nature, Nicaragua is one of the countries that can give you both of these experiences. The tourism in this country is still relatively new, so you will be able to immerse yourself in the practically untouched culture. When you’re in Nicaragua, don’t miss visiting the city of Granada if you want to feel the Nicaraguan history and culture. It’s like visiting colonial-designed places just like in the past. If you wanted to experience adventures, you might want to consider going volcano boarding down Cerro Negro. It is located in León, one of the two oldest colonial cities in America together with Granada. León is the most fascinating city in Nicaragua that some tourists even stated that even though they have fallen in love with Granada, most of them leave their heart in León. 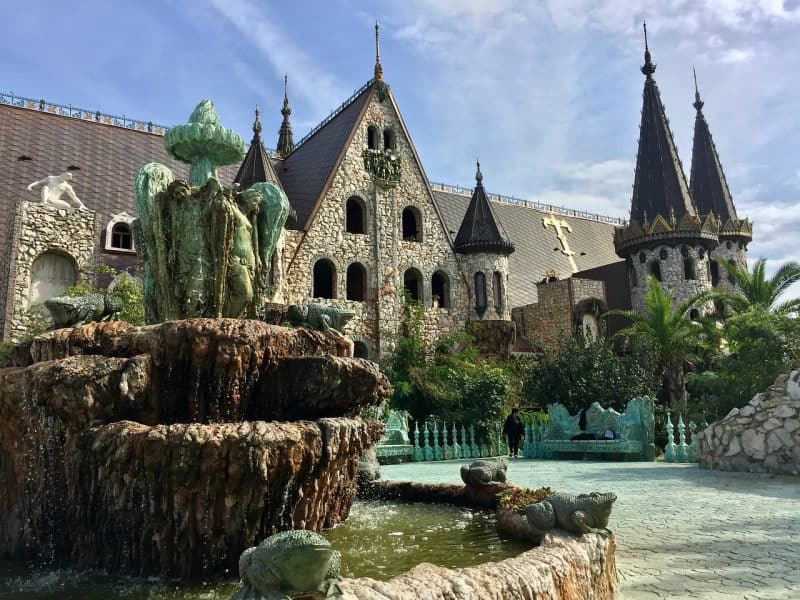 This country is literally a mix of everything. Sofia is often being set aside by some of the tourists because it’s much different from the capital cities of other countries. The city’s landmarks reflect more than 2,000 years of history, including Greek, Roman, Ottoman and Soviet occupation. There’s something special in this place that tourist normally missed out. When it comes to architectures, it’s no doubt that Bulgaria has a lot of finest establishments. One of its examples is the Rila Monastery which is one of the most famous Bulgarian symbols. It’s viewed as the most influential spiritual center and the biggest monastery in Bulgaria. Similar architectural design can be seen in Plovdiv Old Town, Koprivshtitsa, Veliko Tarnovo, and Melnik. 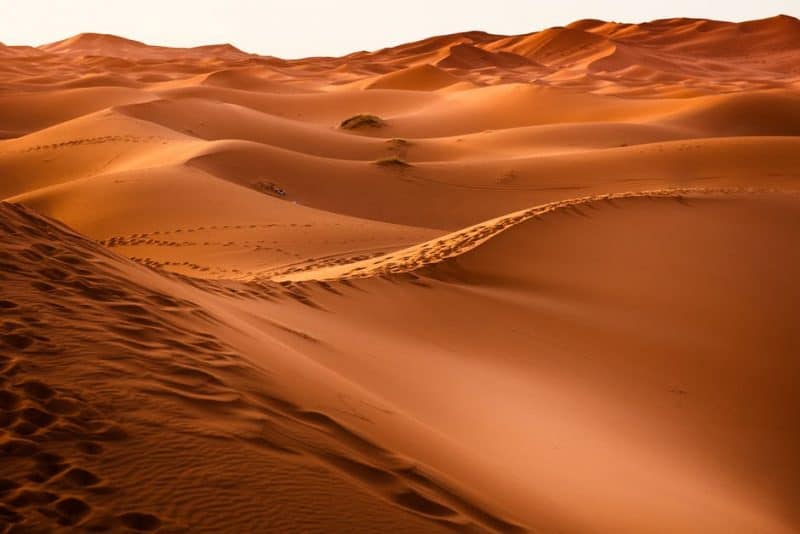 If you’re a person who is looking for a calm and relaxing tourist spots, Chefchaouen is a place that suits you. The blue pearl of Morocco is a truly beautiful town with appropriately all shades of blue walls and majestic mountains overlooking the characterful town. Merzouga might be a small desert town on the edge of Erg Chebbi but if you want to experience riding a camel, this place is meant for you. The Asilah in Morocco has a lot of stories to tell even just looking at the structures of its establishments. The place is said to be founded by the Phoenicians in 1500 BC. A lot of the people who travel in Morocco desires to set their foot in Asilah to explore its historic city center. Don’t worry about your stay since there are a lot of traditional Moroccan guesthouses or Riads that can be found all over the country.

If you’re looking for a place where you would feel the hospitality of the locals, this country would make you feel like you’re part of the family. It’s no doubt that this country has a lot of pristine beaches but the tourists aren’t aware that besides that, there were tons of fiestas and festivals which were introduced before by the Spaniards. The Philippines are a predominantly Christian country in Asia and this is the reason why such events are being celebrated in this country all year-round. This is to honor and express the gratitude for the good fortune that a person received.

One of the popular saints to be honored is the Señor Santo Niño. The Sinulog in Cebu, The Ati-atihan in Kalibo, The Dinagyang in Iloilo. These festivals began as a religious activity where devotees of Sto. Niño paid homage and prayed for their intentions and miracles. Aside from these festivals, there are also Pahiyas in Lucban, MassKara in Bacolod, Kadayawan in Davao, Pintados in Leyte, Higantes in Angono, Moriones in Marinduque, and other festivals that will surely make you say that it’s really more fun in the Philippines. 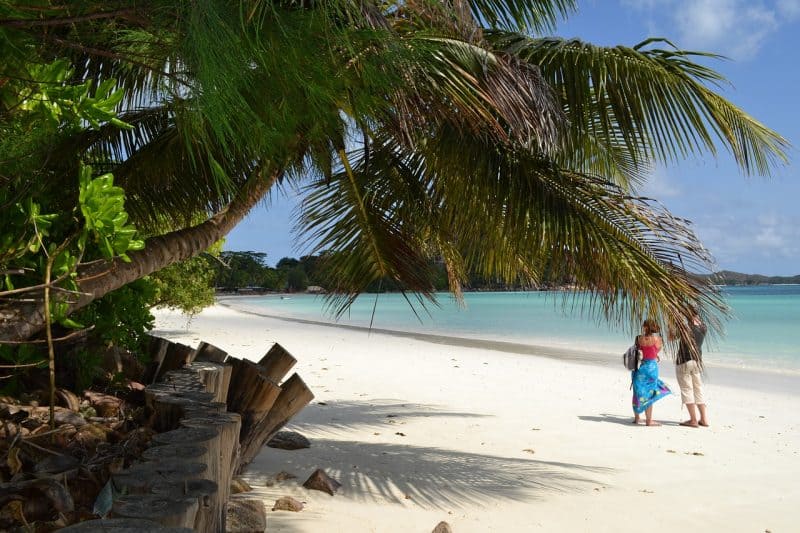 If you haven’t heard this country yet, well it’s suggested to put this place on your bucket list if you love having a relaxed island vibe. There are 115 islands that make up the Seychelles archipelago and in those islands, there were granitic inner islands. These are Mahé, Praslin, and La Digue. Victoria, the capital of this country and one of the tiniest capital cities of the world, is located in Mahé, the largest island in Seychelles. In Praslin or Isle de Palme, its beaches are frequently making the top ten lists of best beaches and most beautiful destinations worldwide–the Anse Lazio and Anse Georgette. La Digue is the home to the most famous beach in Seychelles, the Anse Source D’Argent. Aside from the beautiful beaches that this country could offer, you can try visiting its waterfalls. There are three must-see waterfalls in this country which are Port Launay waterfall, Grand Anse Mahe waterfall, and Vallee de Mai, Praslin Waterfall. 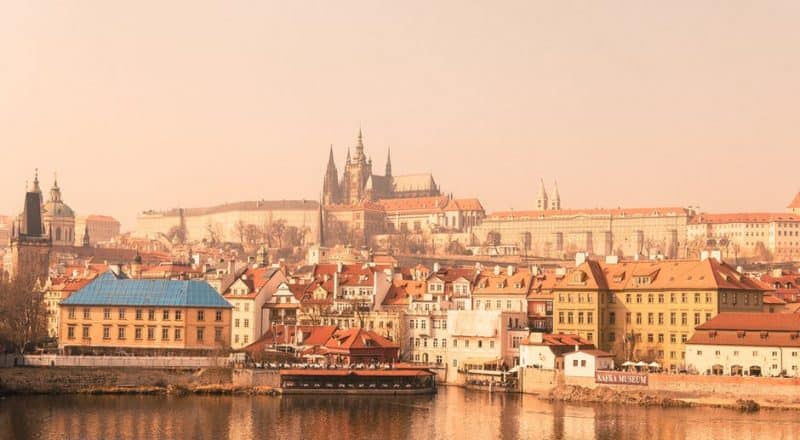 For travelers who crave for a traditional European tour, they can include this country on their list. If you’re searching for architectural masterpieces, Czech Republic has a lot to offer.  It is known for its beautiful and impressive architectural sights. The St Bartholemew’s Cathedral, the Great Synagogue, and the Renaissance-style Town Hall are must-sees. This country is one of the best places for people who wanted to see real life castles that can only be seen in fairy tales. Aside from Prague Castle which is the focal point of the visit, there were more castles that you can explore. The Špilberk Castle in Brno, the Český Krumlov Castle along the river of Vltava, the Kost Castle and Trosky Castle in Eastern Bohemia, the Konopiště in Prague, and the Hluboká Castle in the northern city of České Budějovice. When it comes cold times of the year, Prague is one the most popular winter spots to visit in Europe. Czech Republic is truly a magical place to explore if you are a person who loves to imagine herself being a monarch.

Check out: Best Hostels in Prague or Backpackers 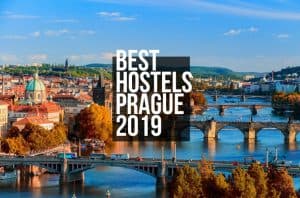 There are so many reasons to fall in love with these countries and if you will discover its hidden gems, you’ll fell in love even more. The affordable prices, the kind natives, and the undiscovered spots are the reasons why these countries are vacation-worthy. They might be cheap in prices but the kind of attractions that you will be seeing would make you say that you should’ve paid more. These countries will make you realize that you don’t need to pay much just to experience a first-class vacation.

Author Bio: Donna Estrada is an editor for Scoopfed. She is a 20-something local traveler, an explorer and wanderlust.