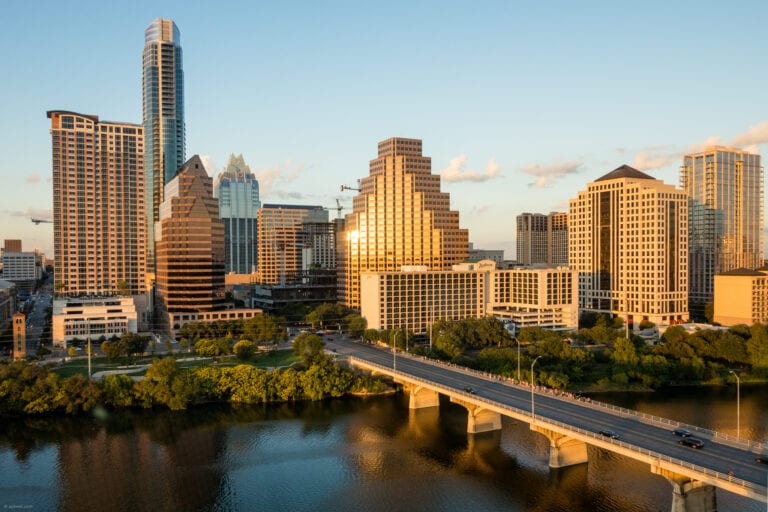 The COVID-19 pandemic has caused many to struggle, not only with their health and the health of their loved ones but also with the changing of their work environments or the loss of their jobs. However, a few places have been thriving as a whole. Austin, Texas, is one of those.

This is partially thanks to so many more working remotely today and taking advantage of the geographical freedom that that provides, moving from places like the San Francisco Bay Area and New York to Texas’ state capital.

In fact, according to LinkedIn, 2.9 people have moved here from the Bay Area versus every one person making the opposite move between April and October. The corresponding number for New York is 2.2.

Several factors are enticing people to make this move. For those from cities such as New York and Chicago, the warmer winters are a draw while Austin’s revered music scene and its unofficial slogan of “Keep Austin Weird” attracts those looking for that type of personality in their new home. Of course, its more affordable housing as compared to many of the country’s other metropolises is a significant attractant.

Corporations are also moving to Austin in higher numbers, being attracted by generally lower costs and taxes as compared to their previous homes.

This aspect alone is in the process of creating about 10,000 jobs for those in the Austin area. A significant example of this type of move was the July announcement that Tesla will build a factory just outside of Austin that will employ 5,000 workers.

Meanwhile, those in Austin and elsewhere are continuing to adjust to this transition to predominantly remote work. A recent Microsoft study found that employees are working an average of four more hours per week and struggling to meet their personal obligations, such as childcare. Work has also been pushed to evenings and weekends in greater numbers.

However, remote workers are hoping that living in Austin will allow them more flexibility and freedom.

80% of Japanese people think Olympics should be delayed or canceled