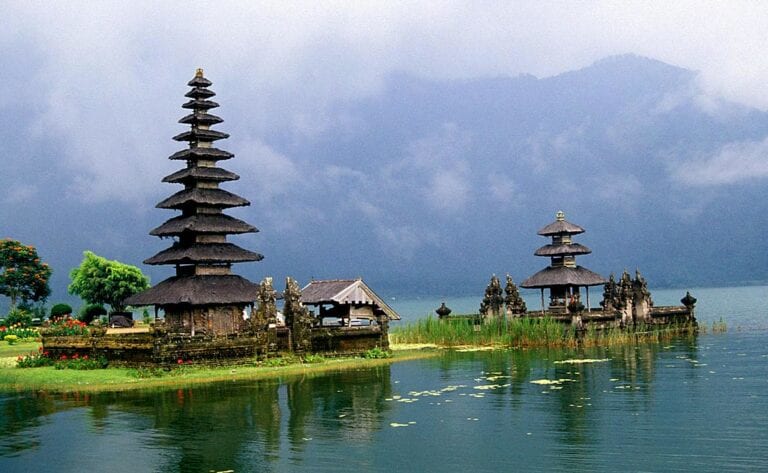 November 5. The government of Indonesia has announced that its borders will continue to be largely sealed to foreign tourists, including those who would be going to the tropical paradise of Bali.

The government has issued the “new normal” policies. Those include the mandatory wearing of a face mask and social distancing. Most of the internal restrictions have been relaxed but large-scale gatherings and non-essential travel is still forbidden. As of today, the country has not announced any official reopening date yet.

Can I travel to BALI now during COVID-19?

Yes, you can enter Bali now during COVID-19 if you’re traveling for humanitarian, volunteering, family, business, or investment purposes.

You will need to apply for a special visa first.

You can also enter BALI if you are a digital nomad / remote worker with a business visa during the pandemic. Read more information here. We recommend you contacting some of the local coworking spaces to help you out with the paperwork. For example, get in touch with the Dojo Bali coworking space.

The initial plan to reopen Bali on September 11th has changed and Governor Wayan Koster has announced at a press conference that Bali will be closed until 2021.

There is no new information on the reopening of Bali. Most likely as the Government announced a few months ago, it won’t happen in 2020.

While many in the United States may regard Bali as the sort of place where trips of a lifetime are made, the reality is that American tourists rank 8th in countries that send the most tourists to the island.

For Bali’s officials, the threat of Covid-19 is two-fold. It would be an absolute nightmare for future tourism if an outbreak were traced back to hotels or resorts on the island and would take months, if not years, for the Bali to recover as a whole.

Additionally, there is always the chance that a foreigner could introduce the pathogen into Bali, and therefore into Indonesia at large.

Tourist venues like hotels and restaurants would likely be loath to remind people on holiday to be mindful of social distancing guidelines and to wear a mask. After all, few would want their trip of a lifetime pictures ‘spoiled’ by a face covering.

However, the potential impact on Indonesia would reach far beyond Bali.

What is the COVID-19 situation in Indonesia (Bali)?

Indonesia has largely had a successful response to Covid-19, especially considering its status as a middle income country of more than 200 million people.

Of particular concern is the island of Java, just to the west of Bali, where much of the population lives in considerable density.

Indonesia as a whole

As was mentioned earlier, Indonesia has a population of more than 200 million people.

However, despite being an island chain that is roughly the size of the United States, most of those people live on a handful of islands in highly urbanized areas, especially the most populated island, Java.

Because of this, the risk of a virus like Covid-19 quickly spreading would be a real threat under the best of occurrences. However, Indonesia’s healthcare system has considerable inequities, meaning that it could well gain a hold in the country well before authorities have the opportunity to slow its advance.

The government has done everything possible to try to eliminate the opportunity of this happening, but the fact is that it is still quite likely. Indonesia’s population is rather young, meaning that there is still a fair amount of physical mobility. Additionally, some smaller portions of the population are refusing to take the virus as seriously as the government may prefer.

As if that were not enough, Indonesia does not have the cultural attitudes towards fask masks that much of the rest of Asia has developed. For many people in East Asia, face masks are a fact of life after so many contagious diseases over the past twenty years.

In Southeast Asia, which has until recently been largely spared from their onslaught, this is a new development that lacks some considerable amount of social proof among the masses.

Finally, while the overwhelming majority of Indonesia’s population is extraordinarily progressive in their views on how religious life should meld with contemporary existence, there is a growing political Islam movement that seeks to use any failure by more progressive opponents in government as proof that moderate steps like allowing unmarried people to share a hotel room in Bali is an aberration against their faith.

The government is trying everything necessary to maintain complete control of the situation without running afoul of critics who would likely seek to change much of Indonesian society, destroying much of Bali’s tourism-based economy in the balance.

While the decision by Indonesian authorities to close the country, and therefore the tropical paradise of Bali, to foreign tourists for the rest of 2020 may cause considerable frustration, the fact is that it is ultimately what the local authorities see as the best way to combat the virus while preserving the allure of Bali for future tourists.

Maldives open for tourism as a trendy destination for winter 2020

Jordan remains open for tourism but with a local curfew

Best places to travel during COVID-19 for US citizens