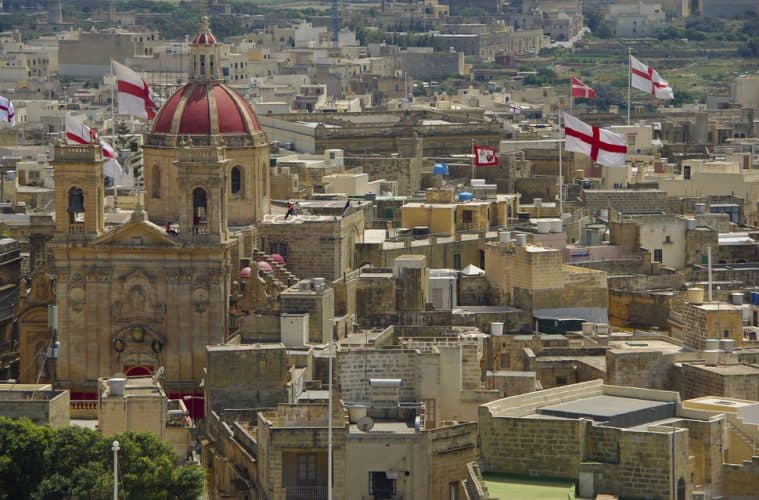 Best Places to See In Gozo

Gozo is an island in the Mediterranean Sea, close to Malta and under the umbrellas of the Maltese islands. It is more rural than the main island and was famous for the Azure Window. This was a natural limestone archway that was a remarkable feature of Gozo, but it collapsed in 2017. It was just one of several natural landmarks the island has, along with beaches, seaside resorts, and traditional towns and villages. Gozo is well known as a water sports venue and is considered to be the premier diving destination of the Mediterranean. If you have never been to this wonderful island, you may be wondering where are the best places to see in Gozo?

You can travel around the island on foot, by bus or by car, but one of the popular ways is the open topped hop-on-hop-off service that operates tours to all the places of interest. A full tour of the island without getting off the bus takes just 45 minutes. Gozo is a small, mainly agricultural island that is warm and welcoming to all its visitors and has some extremely enchanting places to visit. If you are after a full out party holiday, then it is probably not the place to book as your vacation destination. 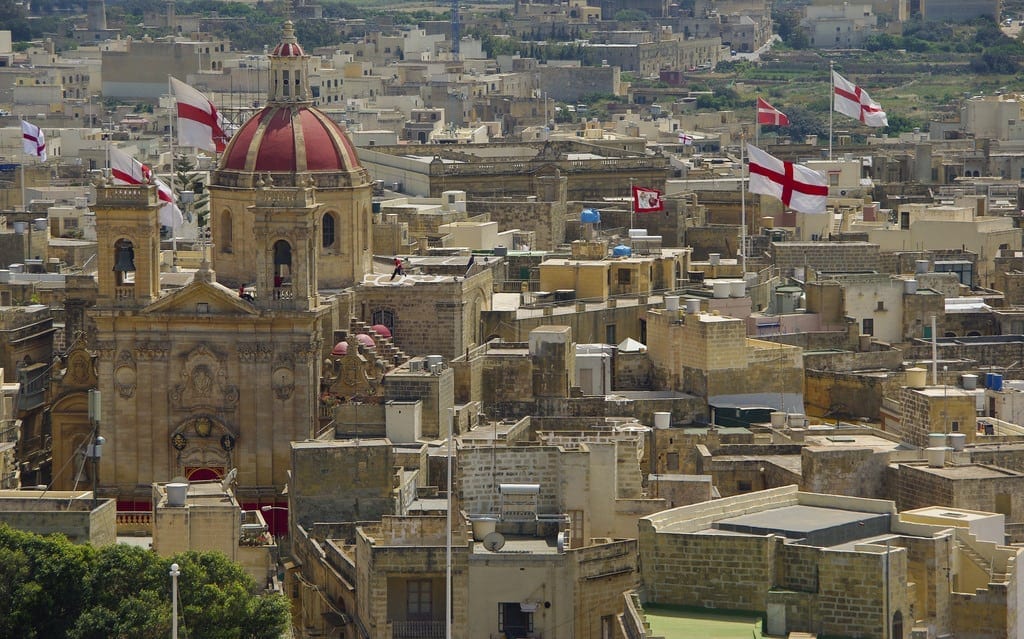 When you’re wondering, what are the most interesting destinations in Gozo to visit, the largest city on the island is an absolute must. Still known by its original name of Rabat by many of the locals, it was renamed in 1887 in honour of Queen Victoria’s Golden Jubilee. In  the centre of the city lies the Citadel, which was first fortified in the Bronze Age, about 1500BC. It was then reconstructed between 1599 and 1603 as protection for the village communities. Earlier in the 16th Century, Ottoman forces had overtaken Gozo and took 600 able-bodied people to Tripoli where they were sold into slavery.  They left behind them a population of elderly and sick people.

Before the reconstruction of the Citadel, life on the island was hard, and it was not unusual for invaders to take people to other places to sell. It was clear something needed to be done to protect the islanders, so the Knights of St. John, who ruled the Maltese islands at the time, commissioned the rebuilding.

It is one of the most visited tourist attractions on Gozo. If you walk around the walls, you will see stunning views of the surrounding countryside and villages. Within the grounds, there are other things to see including museums, restaurants, markets, a battery and gun depot, and the famous Independence Square. An admission ticket pays for entrance to the Citadel, the Folklore Museum, The Old Prison, the Natural Science Museum and the Gozo Archaeology Museum. Quite often, visitors find that one day is not enough to see everything at the Citadel and they return before their holiday ends.

Throughout the year there are five religious festivals celebrated in Victoria, as well as carnivals and sporting championships. If you like Opera, you will have something in common with the locals who have a passion for it.  There are two theatres close to each other that regularly perform opera to packed houses, and you will need to book your tickets in advance.

You will have no trouble finding whatever type of food is your desire in Gozo; there are plenty of eateries and bars catering for all tastes. There are hotels and other tourist accommodation situated in various places in the city, and the choice really depends on whether you want a view of the sea, the harbor, or the countryside. Renting converted farmhouses is a popular option for many tourists. 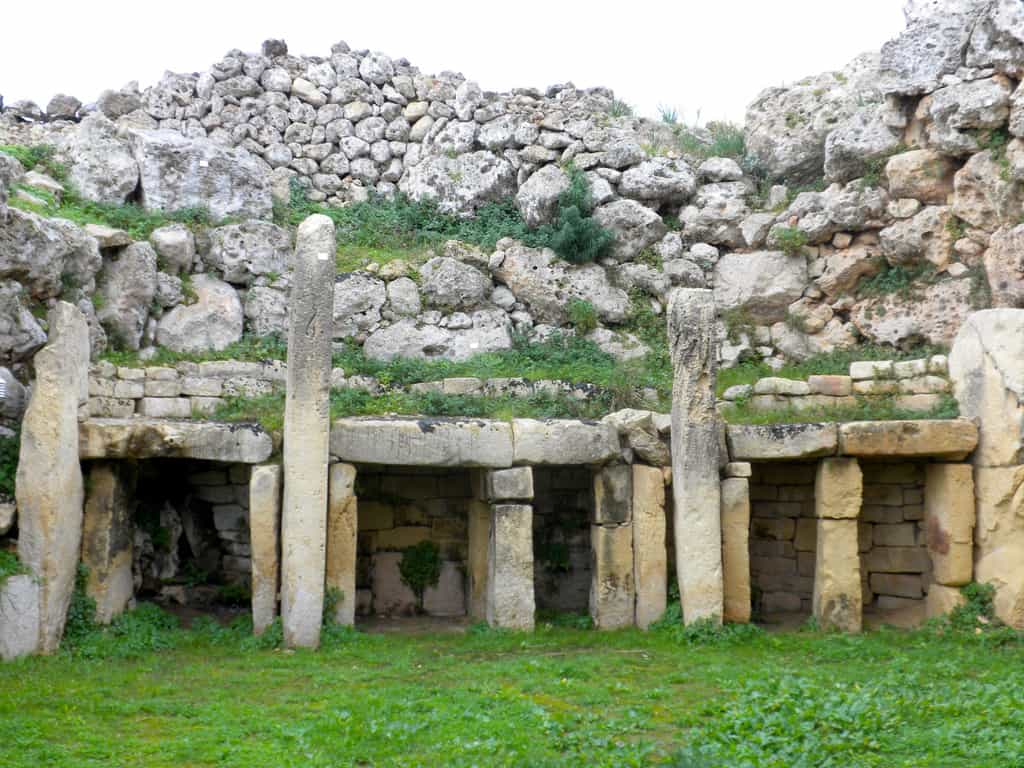 The Ggantija Temples are situated about 2 miles northeast of Victoria. They are a UNESCO World Heritage site and one of the most important ancient places in the Maltese Islands. There are two temples that were constructed sometime between 3600 and 3200BC. Some mystery surrounds the temple builders, not least their disappearance from the island. It is thought they were probably from Sicily, but this is just a theory and there is nothing that confirms that.

The name is derived from the Maltese word for giant, as legend says it could only have been giants that were able to lift the massive limestone rocks they are constructed from. As some of the rocks in the wall that joins them together weigh over 50 tons, it is easy to see how that legend first came about.

Archaeologists have found curved walls, ritual rooms, spiral-shaped carvings, libation holes, niches with altars, and animal bones, which can all only provide educated guesses as to what these enormous temples were used for. 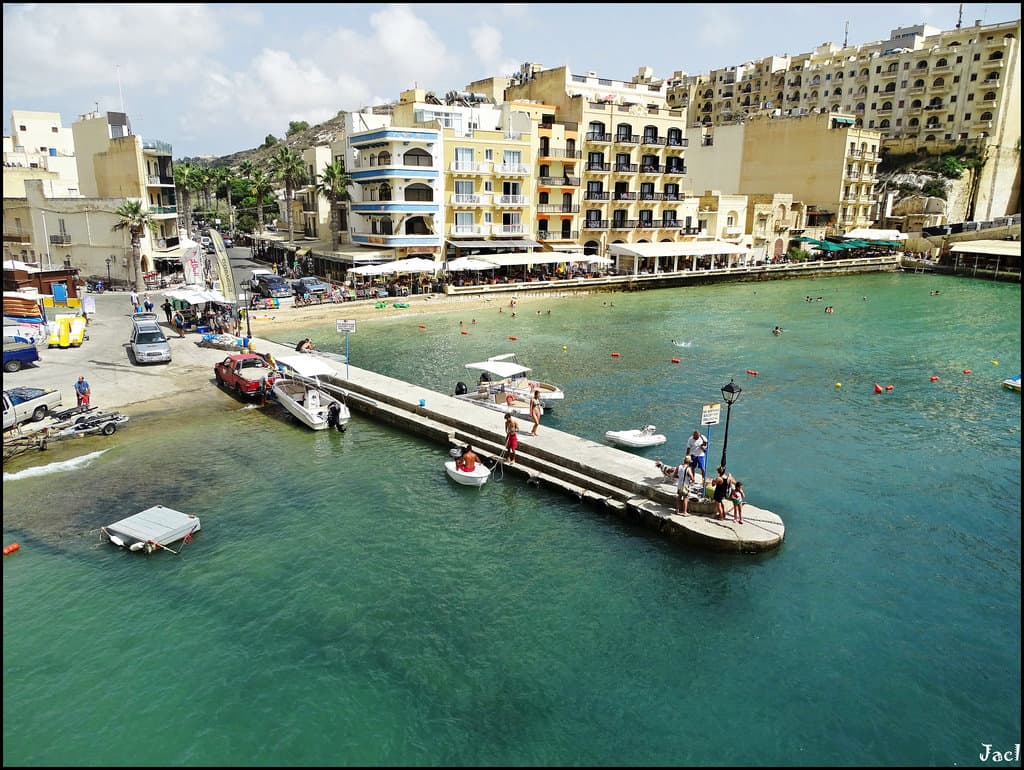 The small but beautiful fishing village of Xlendi sits in the sandy cove of Xlendi Bay, just about 2 miles to the southwest of Victoria. The bay is popular for diving, snorkeling, and swimming and you can finish the day off in one of the local restaurants where you will find an abundance of freshly caught fish on the menus. The Xlendi Tower was built in 1650 to protect the residents from pirates and Ottoman attacks. It is the oldest freestanding watchtower on the island and was very successful for its purpose.

In recent years the area has become popular for the building of luxury homes and holiday homes, and if you want to enjoy the water sports or just unwind for a while, Xlendi is the perfect place to visit.

Dwejra Bay was the location for the Azure Window before its collapse. It was used as scenery in several iconic films and TV series, the most recent being The Game of Thrones. The bay is an ideal place for scuba diving, rock climbing, boat cruises, snorkelling, or just lazy beach days. The rocks and cliffs have lots of prehistoric fossils and close by are other sites of interest such as Fungus Rock and the Inland Sea.

Fungus Rock was thought to have medicinal properties by the Knights of St. John, so this brown fungus was protected.  The Inland Sea is a shallow area of water that is joined to the ocean by a thin tunnel. Boat tours to the Inland Sea are available. 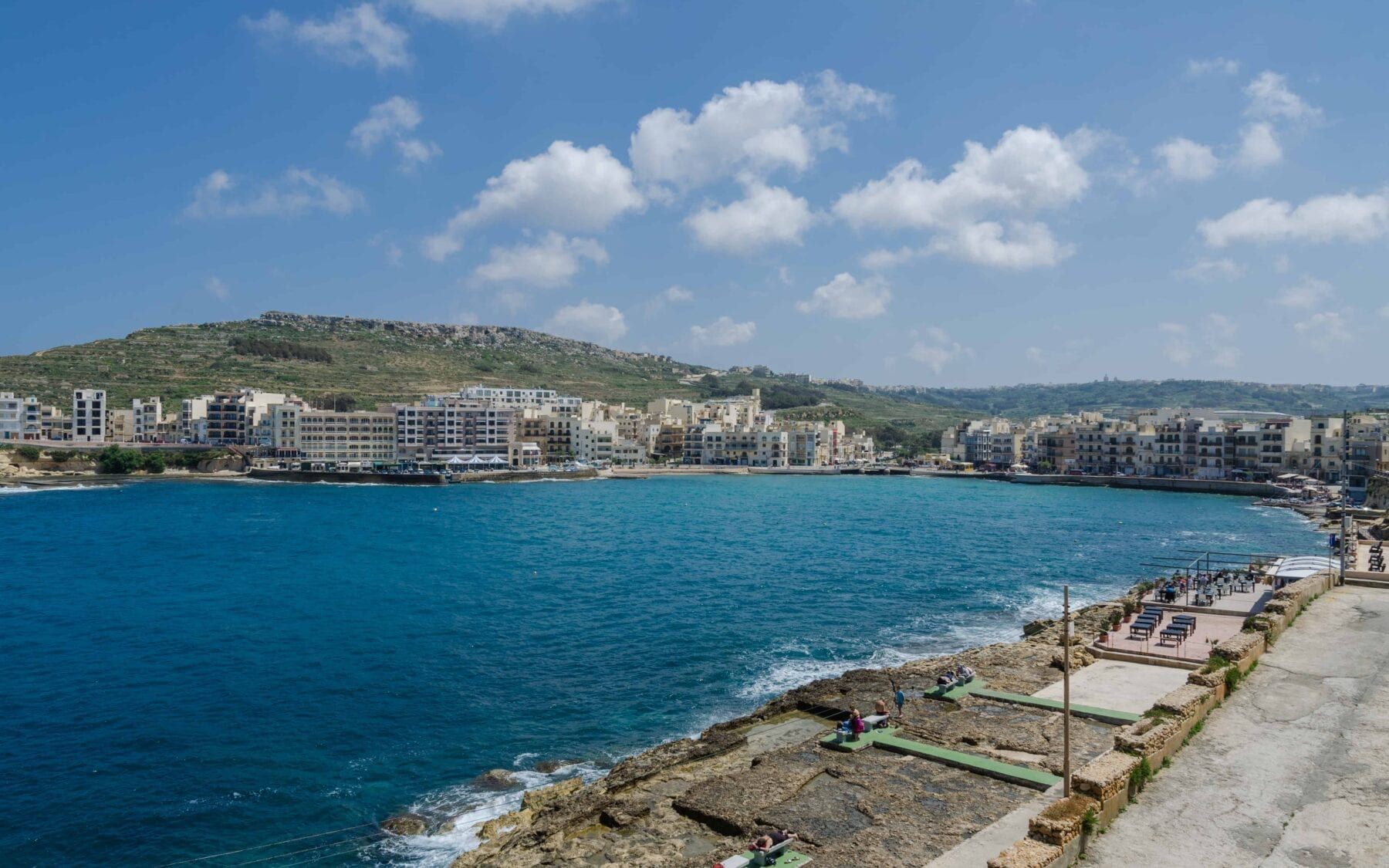 On the northern coast of Gozo you will find the lively resort of Marsalforn.  This popular tourist destination is well served with bars, restaurants, guesthouses, and hotels. For the Romans it was a centre for sea salt harvesting and commerce and it went on to become an important port during the 16th century, used by the merchants from Sicily. It is no longer the main seaport of the island, Mgarr Harbor having taken over that mantle.

The beach is not sandy, but locals and tourist alike frequent the bars and restaurants on the waterfront to enjoy the local cuisine and enjoy the sun. The fact it is such a beautiful area perhaps explain why so many homes overlook it from the cliffs above.

The fishing boats in Marsalforn, called luzzu boats, have eyes painted on them, a tradition that goes back centuries and is meant to ward off evil spirits.

Sea Salt is used more than refined salt in the Meditearrean diet, and it was at Marsalforn the Romans started the Salt Pans. They are still in use today, providing the Maltese Islands with an endless supply of this commodity.

If you would like to try diving but don’t know where to start, the Gozo Aqua Sports Centre is the place to head. When it opened in 1981, it was the first diving centre on the island, and now it provides tuition for beginners as well as organised dives around the Maltese islands.  Experienced instructors will take you to the depths to see the most amazing underwater topography around the Gozo coastline.

The warm clear blue waters mean that you can very easily see the wrecks, caverns and tunnels that surround Gozo and this is just one reason why it is considered to be one of the premier diving experience locations. As well as short courses and one off dives, you can arrange a diving holiday at the Gozo Aqua Sports Centre. These are available all year round so you can enjoy summer diving or take advantage of the Gozo mild winters for your diving holiday.

These are just a few of the amazing places on this truly beautiful island, there are many more for tourists to discover. See the beauties of Gozo Cathedral or the Basilica of St. George, see the centuries old houses along the cobblestone streets, and the charming squares to sit and relax with the locals. Visit the villages such as Zebbug, Zetjun, Ghasri or Nedur to take part and enjoy the local cuisine and wines, and to enjoy some of the many festivals the local villages host.

Gozo has many cultural differences to the other Maltese Islands that will make a holiday on the island a unique experience, and one that is well worth it.