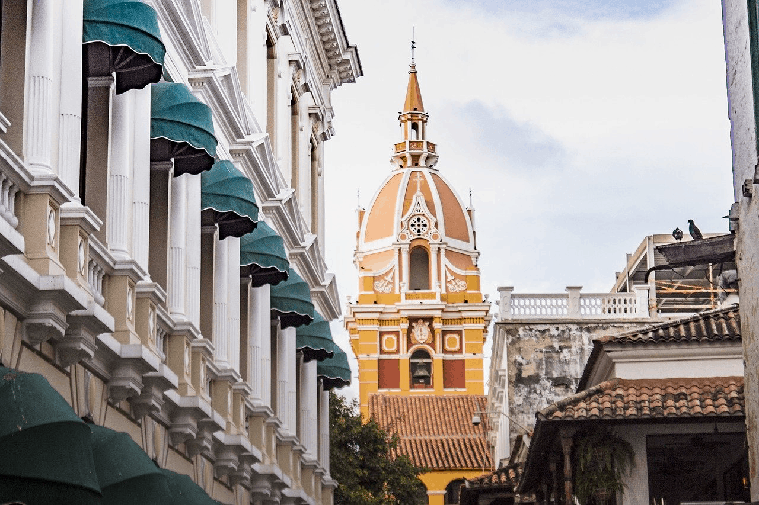 Whenever you are planning a trip there are a couple of ways to approach the situation. One way is to plan a trip around the best weather for that region, especially if you want to participate in lots of outdoor activities. Another method of planning is based on economics.

You could consider things such as airfare and hotel costs or peak tourist season. Finally, you could plan a trip based around certain festivals or events that you have always wanted to attend.

Planning a trip to Colombia can involve any one of these methods or a combination. You might even hit the sweet spot where all three things gel: weather, economy and cultural events.

Hopefully, this article will address some of the main questions you might have around your upcoming trip. 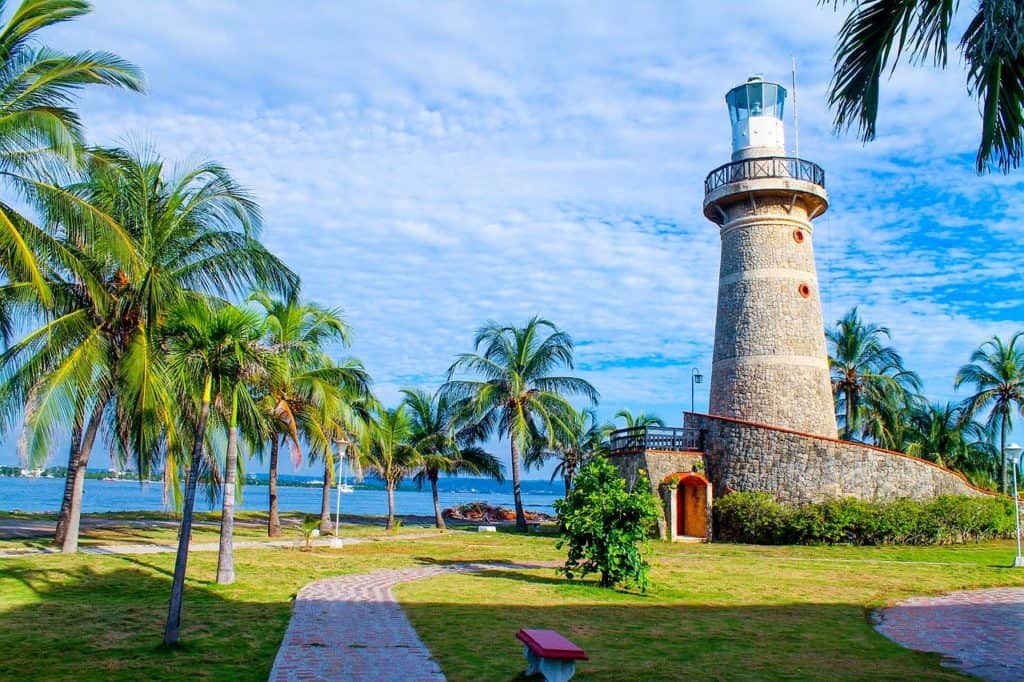 There are two main types of climate, rainy and dry season in Colombia. The dry season runs from late November to early April and a mini-arid period from July to September. Two rainy seasons happen with the first being from April to June and, again, from October through November.

Colombia is located near the equator in South America and the temperatures stay fairly consistent year-round. Stable temperatures make Colombia an attractive tourist destination all year. However, there are seasons across the country that are more conducive to outside activities. Colombia is primarily a rainforest but there are mountains, savannas, jungles, and ocean climates.

Generally, the driest time of the year for the country, especially near the Andes, is from December through March. Rain in the Andean regions can be daily and heavy during the monsoon season. The coastal areas of Caribbean beaches see a rainy season from September through October, otherwise being dry most of the year.

Going back to temperature, and like rainfall, it is more determined by area than by time of year. The beach areas can require a sweater in the evening, while the mountain temperatures could mean you need a jacket. As with most traveling, packing for lightweight, layered dressing is probably your best option.

Colombia is beautiful at any time of year, but because the altitude varies from sea level to over 8,500 ft. (2,600 m) in the mountainous regions, such as Bogota, being prepared for any weather and climate would be wise.

Most Economical Time to Visit Colombia?

In terms of your wallet, generally, the best time for travel to any destination is during the off-season. When tourists are less plentiful, deals can often be had and are designed to attract visitors. With the drier season for most of Colombia being from December through March, this is also considered peak tourist season. As such, airfare and accommodation prices are going to be higher than, say, April through November.

That said, and keeping the climate in mind, one area might have a slightly different peak season than another. For example, Bogota, in the Andean region, has a peak season more around July to September, the mini-dry season, when more people are likely to have vacation time.

In terms of airfare, February is generally the most economical month to fly. However, careful and experienced travelers can sometimes score deals at any time. If you are willing to bundle, good airfare and hotel prices might be affordable during any season.

The overriding factor to consider when visiting Colombia would be the crowds. They can be intense during the many national holidays or school vacation periods. While the weather is always a consideration, if you are crowd-averse that might be more important to consider.

That enviable travel sweet spot when all the vacation stars align for Colombia would appear to be in the so-called “shoulder” months of November, February and March. In most regions the weather is drier, the crowds are less and travel prices are down. Keep in mind though that during the off-season while there are fewer crowds, there is also less access to official tours and some peak events such as Carnival.

Traveling on a budget? Then check our recommendations of Best Hostels in Colombia 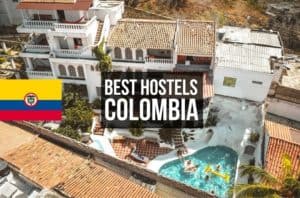 Colombian Travel Based on Events and Festivals

Another reason for regular travel is to attend unique events or festivals and Colombia has many to offer. From the Carnivals of Blacks and Whites at the end of December to the Medellin Flower Festival in August, the variety of cultural experiences is probably only limited by your sense of adventure. Festivals, carnivals, and fairs abound throughout Colombia during the tourist season.

Starting in January, Cartagena, on the Caribbean Coast, plays host to the Cartagena International Music Festival which celebrates classical music of the early Romantic period. Another cultural highlight in the city is the Hay Festival which promotes social responsibility through art, literature, film, and music. A city with Colonial architecture and a modern vibe, Cartagena is considered to be vibrant and diverse.

If a religious festival piques your interest, Cartagena also hosts the annual Feasts of the Virgin of the Candelaria each February. Considered one of the most important patron saints in the region, the festival highlights the cultural and social impact of Catholicism and Spanish influence along Colombia’s Atlantic/Caribbean Coast. February also sees the celebration of fishermen in Hondo with the Carnaval de la Subienda featuring music, dance, art and lots of fish dishes.

March is the month for two international festivals devoted to Colombian cinema and theater. Bogota hosts the annual Festival Iberoamericano de Teatro, while Cartagena is home to the Festival Internacional de Cine. Festival de la Canción Llanera or Festival of the Song of the Plains is held during March in Villavicencio, which is the capital of Meta. Celebrating the proud culture of the Plains people, the festival has become easier to access due to the Llano Highway from Bogota.

Last up, in December you can attend the Festival de Luces in Villa De Leyva for a rustic experience or the Expoartesanias in Bogota for an urban adventure. The Exporartesanias is home to the largest marketplace of hand-made crafts and artistic goods in Colombia. The Festival of Lights in Villa De Leyva kicks off the official Christmas season in the area. The streets become filled with light and candles to honor the Immaculate Conception. Both events celebrate and honor traditional Colombian culture. 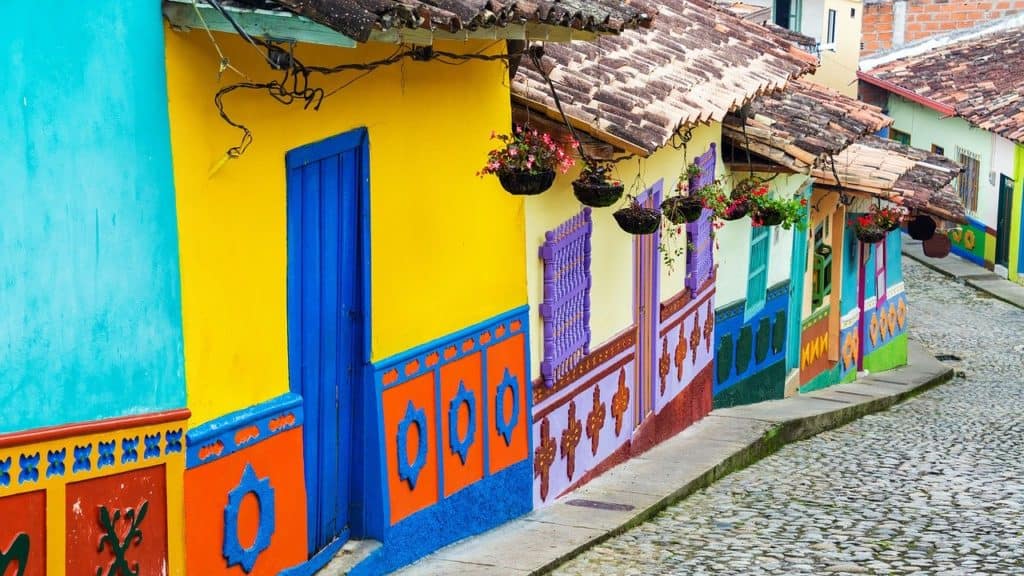 Bogota is the capital of Colombia and is its largest city. Bustling and thriving, Bogota is usually the start of any trip to this beautiful country. Even though the weather can be a little on the dreary side, the city is worth exploring. It is suggested to start your adventure at the Plaza de Bolivar in the center of town followed by a visit to the Museum of Gold. Finish up your tour with a stop in North Bogota for world-class boutique shopping and cutting-edge food.

Cartagena is arguably the stellar city on the Caribbean Coast and considered one of the best-preserved Colonial destinations in the Americas. The older neighborhoods boast bougainvillea-draped balconies and charming side streets full of history. Just off the beach lie many islands perfect for short day trips.

Medellin may have had a recently troubled past but today the city is home to innovation via its eco-parks and advanced cable car system which affords easy access to the hills nearby. Several state-of-the-art museums are a must-see, starting with Botero Plaza, home to over 20 sculptures donated by the artist of the same name. While sightseeing, try and include visits to Comuna 13 and El Poblado for lush neighborhood culture and thriving marketplaces.

Last up, Leticia is the small frontier city that is the capital of the Amazon Basin and entry into that unique rainforest. Located where Colombia meets Peru and Brazil, Leticia can be the beginning of your Amazon adventure. This thriving town is home to eco-tourism, Amazon River tours and wild-life safaris. Boat tours from Leticia can take you down the Amazon to Brazil or up to Peru.

The Natural Wonders of Colombia 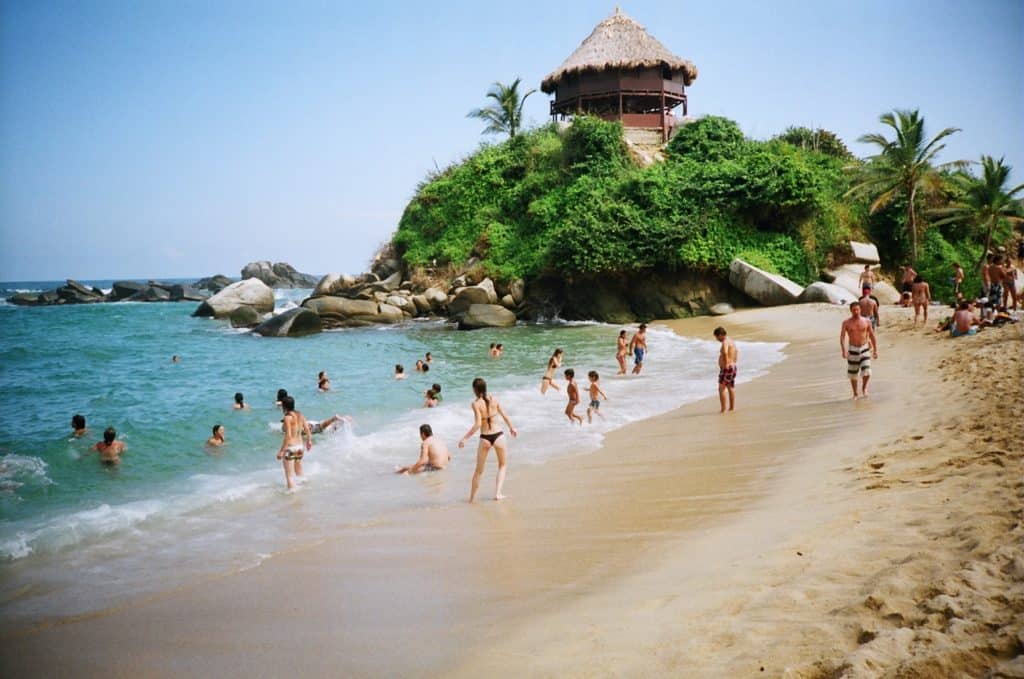 Tayrona National Park is a protected natural area and home to some of the best-loved beaches in Colombia. Nestled against the Sierra Nevada de Santa Marta mountains, Tayrona is known for shady coves and serene lagoons, perfect for snorkeling. February to November is the best time to visit to avoid crowds.

A four-day hike to Ciudad de Perdida or The Lost City is one of the most popular outdoor adventures in Colombia. Hidden deep in the Sierra Nevada de Santa Marta, the City was home to the Tayrona Indians from the 8th to 12th centuries. Only recently rediscovered, it is considered to be one of the largest settlements from the pre-Colombian era.

Colombia is the third in the world for coffee bean production and Eje Cafetero is where that happens. If you have always wanted to see coffee production up close, basing yourself in Salento, an attractive resort town, would provide easy access to tours of working coffee farms. The nearby Cocora Valley would also be a nice side trip to take a look at the world’s tallest palm trees.

As with any travel abroad experience, each country comes with its own unique considerations for safety while adventuring. Colombia is much safer for foreign visitors than it was several years ago, but, in the local vernacular, you also do not want to “give a papaya” or make yourself a target.

Be smart about consuming alcohol and partying, in general, by using the buddy system. It is highly recommended to use taxis at night even if you walk back to your hotel is only a few blocks. Hotels and bars are happy to call one for you.

Before visiting Colombia, take some time to learn some basic Spanish, out of respect if for no other reason. Knowing how to say help, please and thank you in the home language of any country is just good manners.

Lastly, before you go off into the Amazon on your own, ask the locals if such activity is safe. Using common-sense is always your best choice. After all, you want to be able to share your tales of adventure with those back home.