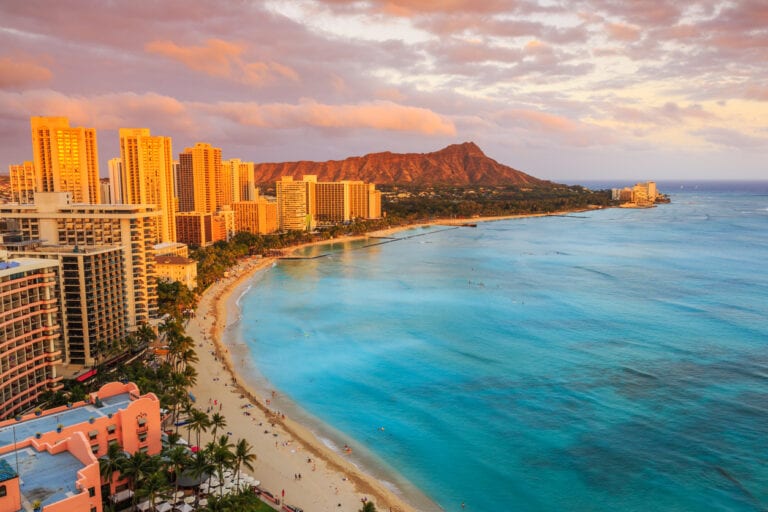 Hawaii is continuing to balance the further reopening of its tourism industry with ensuring that its residents and travelers are safe. The latest move towards continuing this progress is the adoption of Clear’s Health Pass, which will reportedly ease the travel experience from Los Angeles International Airport to Honolulu’s Daniel K. Inouye International Airport, starting on Thursday.

This will initially be limited to select flights operated by Delta Air Lines and United Airlines between these airports although the intention is for it to be extensively expanded from there.

Hawaii Governor David Ige said as these partnerships were announced that they were another step forward towards providing increasingly safe travel for his state’s residents and visitors.

Those looking to take advantage of this program will need to follow these steps.

Download the app, open its Health Pass feature, select the airline and destination airport that will be used, and upload a picture of an approved identity document and a selfie.

Also, a testing provider can be located, and a negative COVID-19 test result from within the 72 hours prior to the flight can be linked. Clear employees will then ensure that Hawaii’s entry requirements have been met.

Once these steps have been completed, the passenger will be provided with a wristband to wear to easily communicate that they have finished the process necessary to safely and seamlessly enter Hawaii, including not needing to quarantine after arriving.

Prior to this development, United had already put into place a preclearance program that allowed travelers to take care of all of their COVID-19-related requirements prior to boarding their flights so that they could simply start enjoying Hawaii as soon as their plane lands. This procedure, which went into place on Feb. 1, also involved approved travelers wearing a wristband.

Hawaii’s cautious response to the pandemic and its location – not having any land borders with other states or countries – have helped keep its infection rate low as compared to other states. Numbers did rise significantly from October to January, however, but they have fallen substantially since then.

Within Oahu, where Honolulu is located, some restrictions remain in place. These include the complete closure of bars and clubs and venues such as restaurants and museums only being allowed to operate at half of their capacity.

Other Hawaiian islands have varied related restrictions with Kauai joining Oahu as the places with the most severe ones.

However, a recent Hawaii Tourism Authority survey found that visitors by and large were not bothered by these restrictions with 87% of respondents stating that they were still able to do most or all of the activities that they had wanted to. Also, 94% viewed their trip as meeting or exceeding expectations.