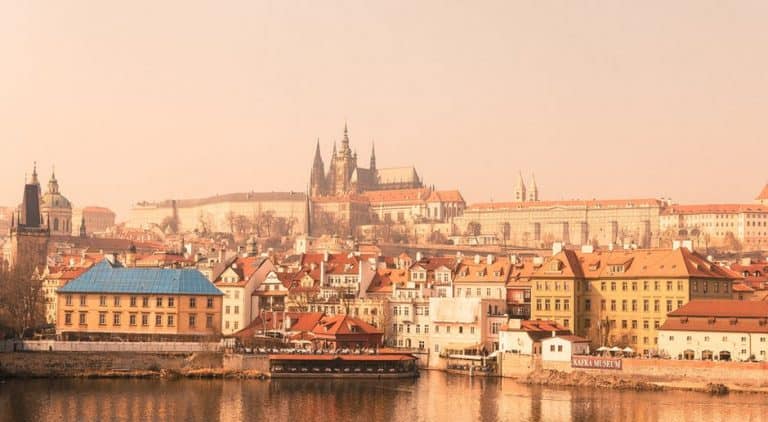 Visiting Eastern Europe in 2022 – Reasons to Check it OUT!

If you’re on the lookout for an amazing summer destination, consider visiting Eastern Europe.

This understated region offers so much for so little that it’s now predicted to become one of the hottest summer destinations.

Packed with amazing history, breathtaking architecture, and diverse cultures, Eastern Europe is a must-see. Here are 15 good reasons why you should travel to Eastern Europe this summer.

Which are the safest countries in Eastern Europe?

According to the Global Peace Index, the safest countries in Eastern Europe are Slovenia, Czech Republic, Hungary and Slovakia.

Which are the Eastern European countries?

There are various definitions of which countries belong to Eastern Europe. The map was changing over the last decades. Here is the list of all the countries that were (ever) considered as Eastern European: Russia, Estonia, Latvia, Lithuania, Belarus, Poland, Ukraine, Slovakia, Czechia, Moldova, Romania, Hungary, Serbia, Bulgaria, Bosna & Hercegovina, Kosovo, Montenegro, Slovenia, Croatia, and Turkey.

Below you can see a few different maps of Eastern Europe:

Now it’s easy to get to

In the past, Eastern Europe seemed unapproachable and remote. That’s how it gained its air of mystery. But today many budget airlines fly to major cities in Eastern Europe and you can snatch a ticket at a very low cost.

For some countries, the entry process might be a bit more complex, but it’s always straightforward. Once there, you can travel by train or car – both are cheap and will help you to quickly get where you want. 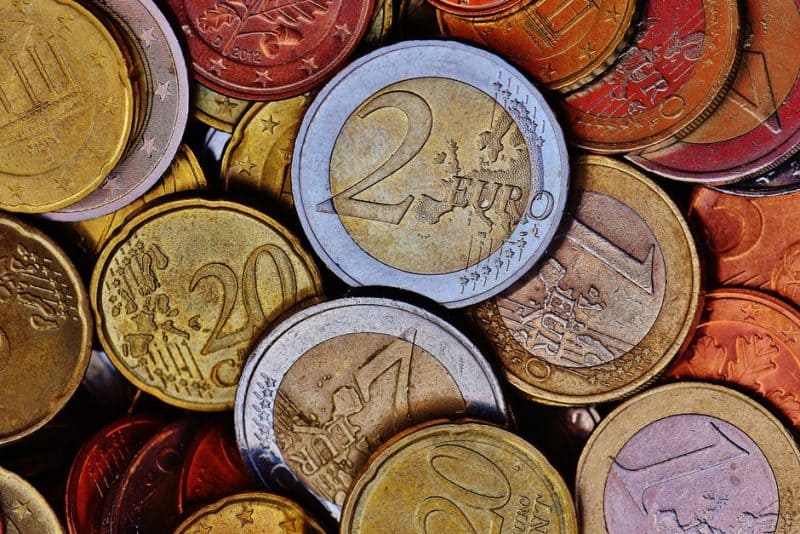 The prices are a little higher since the 1990s, but Eastern Europe is still very cheap when compared to the West.

That’s mostly because many countries in the region keep their own currencies. You get so much more for your money here than anywhere else and the standards are just as high as in Western European countries. 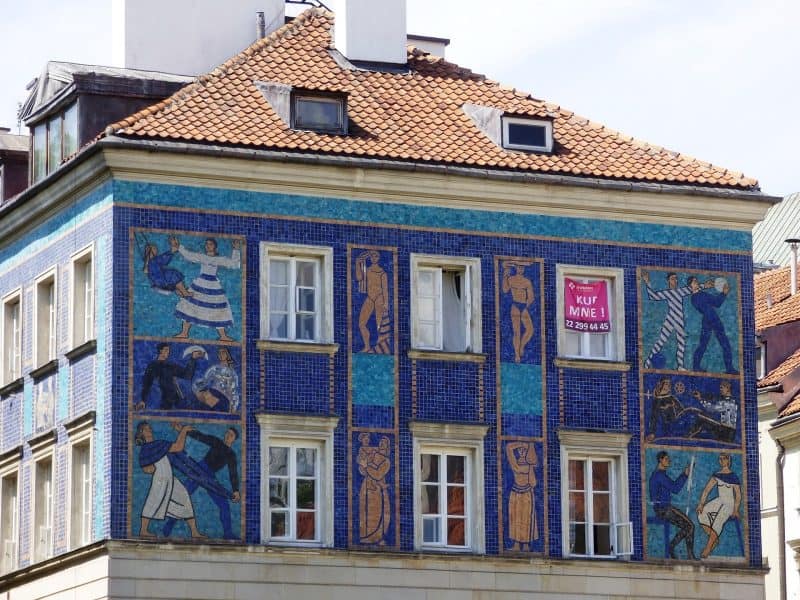 Needless to say, the territories of Eastern Europe have witnessed some of the most tragic events in Western history.

If you’re looking for a location that demonstrates the region’s development from the early Slavic cultures to the Nazi occupation, you should definitely visit Poland and one of its most popular cities, Krakow.

From there take one of the Auschwitz guided tours introducing visitors into the gruesome story of this concentration camp. This and other Eastern European locations are saturated with a complex history that makes them truly unique.

It can be exciting or creepy 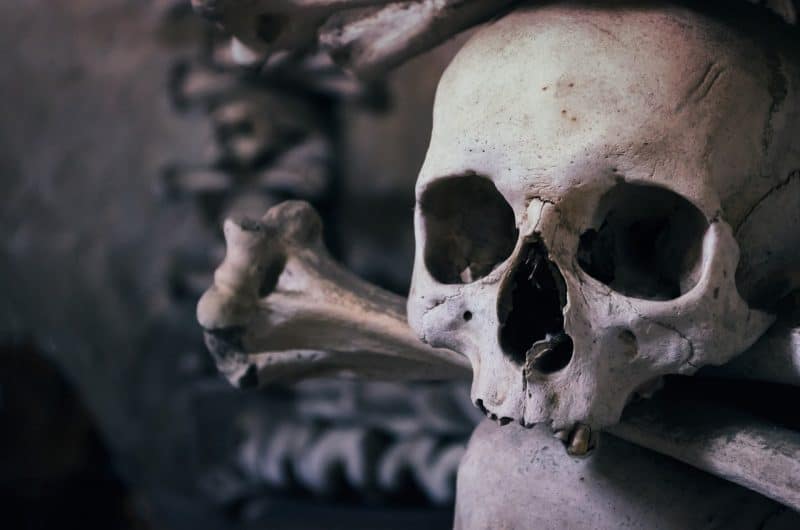 Located close to Prague, it became the primary graveyard side because a monk once sprinkled the soil from the Holy Land around it. Dating back to the 13th century, the chapel houses the remains of around 40,000 people. You’ll remember the creepy bone chandelier for the years to come.

You’ll have some good drinks 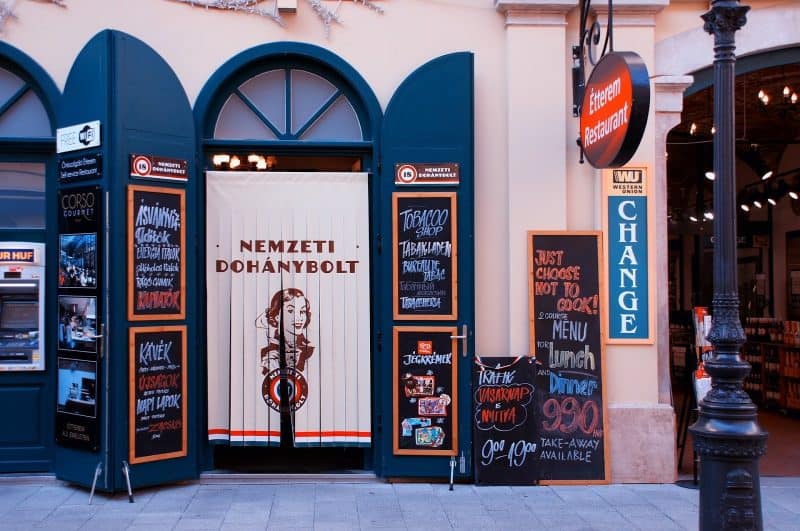 One of the most exciting things about Eastern European countries is the profusion of bars and pubs.

Take Budapest as an example. You will find plenty of the so-called ‘ruin bars’ around the city. After the communist regime fell, many buildings were deserted and became ruins until students bought them, decorated them and reopened as ruin bars.

Have a glass of the mouthwatering Hungarian wine in Szimpla for the best ruin bar experience. 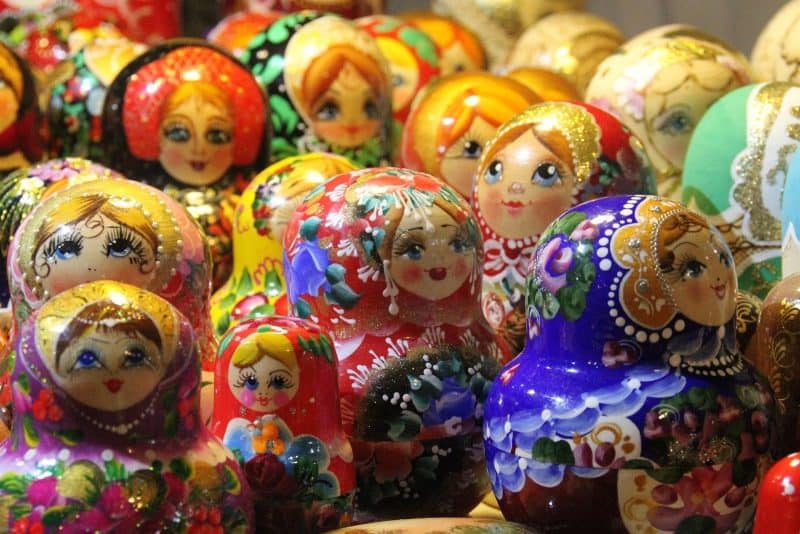 Since prices are so low in Eastern Europe, instead of resorting to cheap trinkets, you can bring back handmade objects, crafts, textiles and other beautiful local treasures. These will last a very long time and make for amazing gifts. 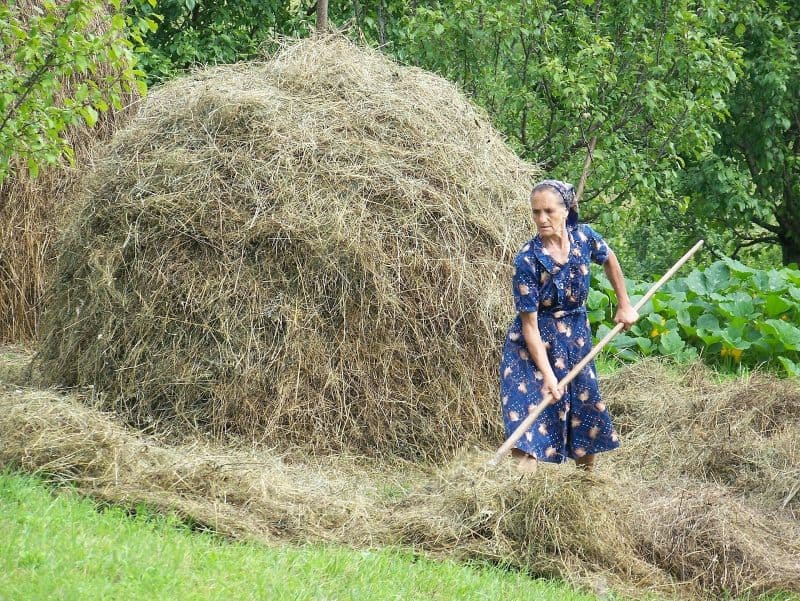 Eastern Europe offers a myriad of different cultural experiences. You can visit tiny rural villages, small towns, or large cities that have everything a proper metropolis should.

All these countries and their histories are intertwined in many ways, but stepping across each border you’ll experience a different set of customs, rituals, traditions, and cultures.

The food is to die for 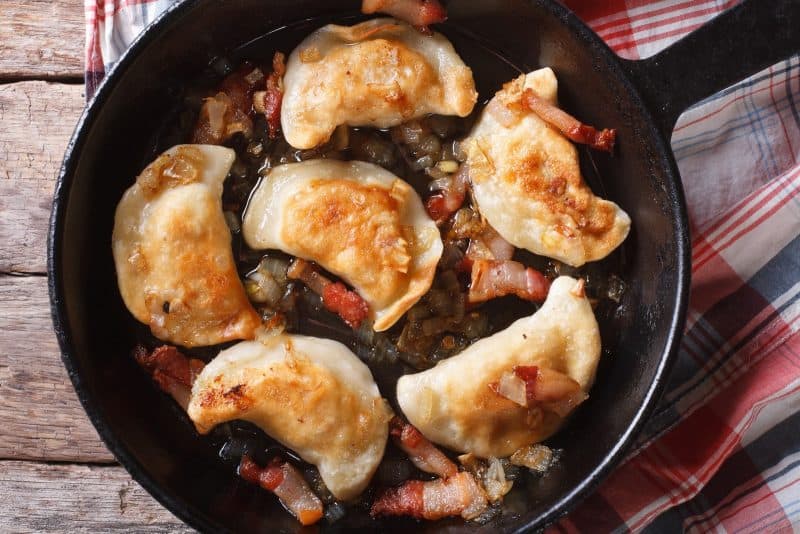 Eastern Europe caters to all tastes. Every region has its own specialty and they have often been influenced by a variety of cultures ranging from the Ottoman Empire to the Mediterranean.

You can bet that most of what you eat in Eastern Europe whether it’s Balkan or Polish cuisine is delicious traditional treats, not boring fast food.

To hang out at fantastic beaches 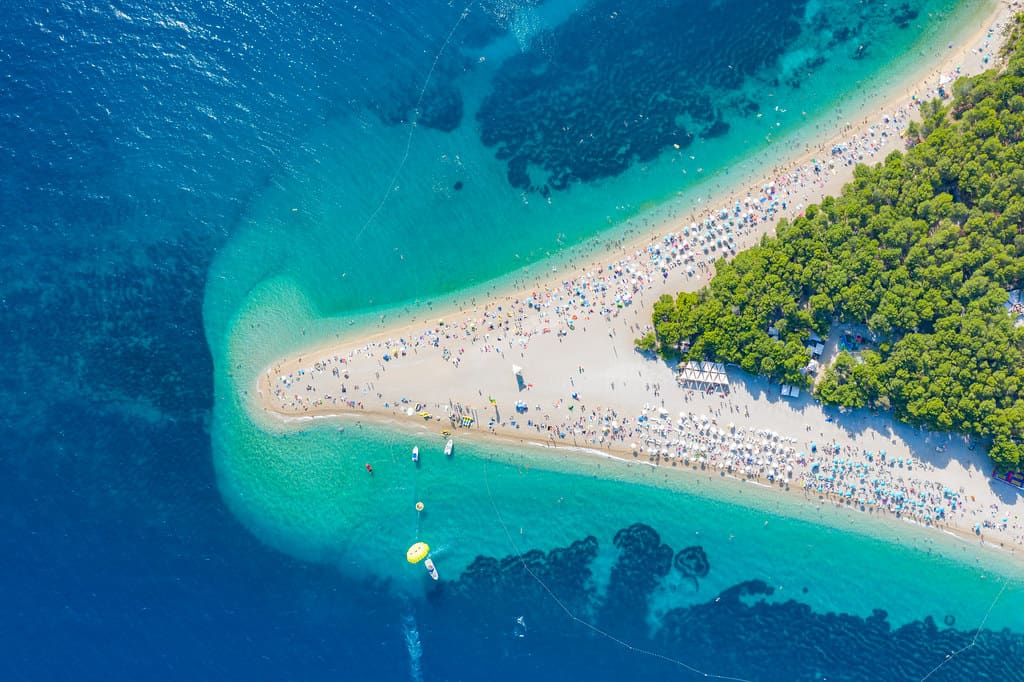 Beaches aren’t the first thing that comes to mind when you mention Eastern Europe but have a look at some of these destinations and you’ll quickly change your mind.

Croatia has some of the most amazing beaches that can easily compete with Italy or Spain. Crystal clear waters and white sands will make your Eastern European holiday a real treat.

To visit places that aren’t overflowing with tourists 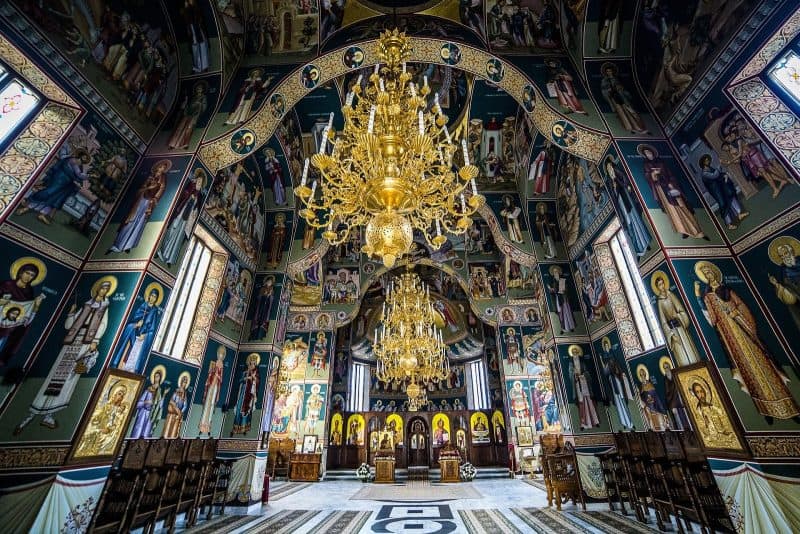 If you want to spend your holidays in spots that don’t attract as many tourists as France or Italy, Eastern Europe is your best choice.

You’ll see tourists in the major cities, but once you get away into the more rural environments, you’ll be able to experience life as the locals do – just perfect if you’re looking for authenticity.

To check out more than 75 UNESCO World Heritage Sites 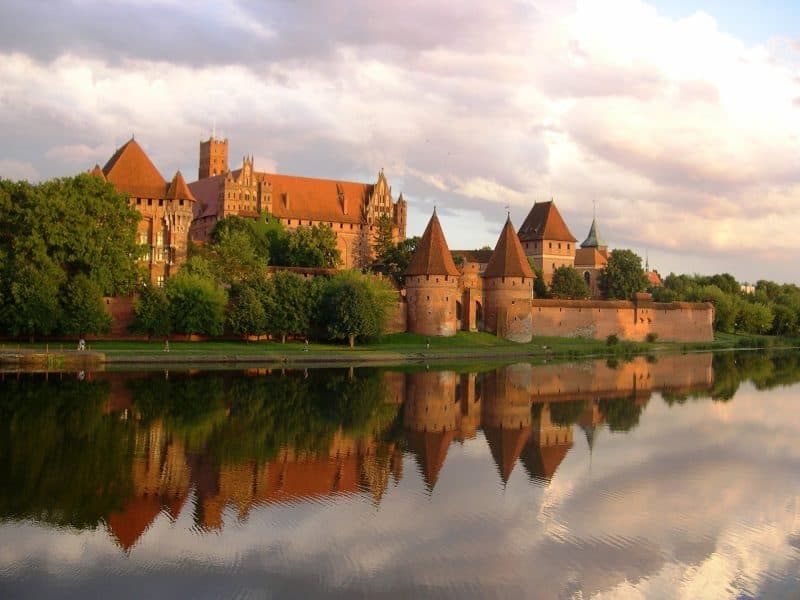 Eastern Europe is home to countless historical spots, castles, fortresses, and historic churches that have been appreciated worldwide.

Discover especially the unusual landmarks like Wieliczka salt mine in Poland, Madara Rider in Bulgaria or Prehistoric Pile dwellings around the Alps in Slovenia. You wouldn’t want to miss out on all that, right? 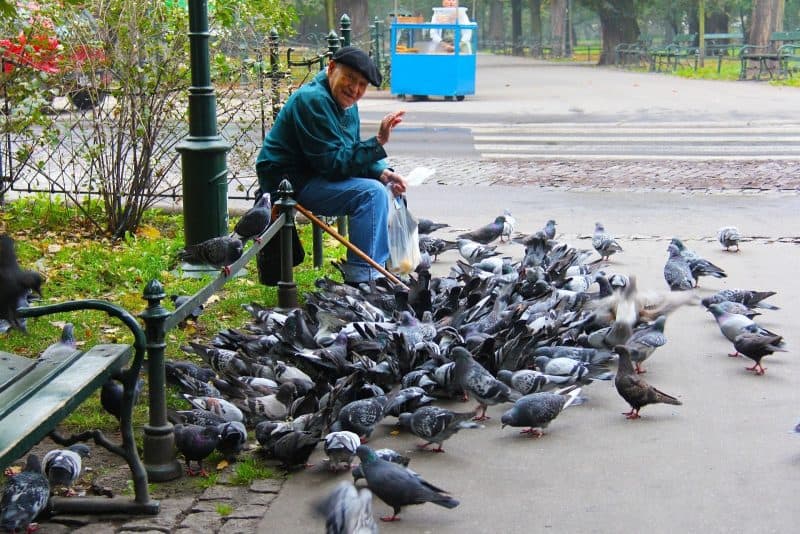 Once you break the surface, you will discover that people in Eastern Europe are very friendly and warm.

Some of these countries like Poland and Hungary are known to be very hospitable. Locals are curious about foreign visitors and happy to share their culture and history.

You’ll bring back some good stories

Because you’ll be visiting the east of Europe, you should prepare for things that you never see elsewhere.

For example, you might come across cute old cars buzzing around the streets or remnants of communist buildings gracing the cityscape. You might also meet some really bizarre characters if you travel in rural, more isolated regions.

Eastern Europe houses some of the most breathtaking natural settings. From the majestic mountains stretching through Slovakia, Poland, Hungary, and the Czech Republic, to the beautiful lakes, forests, and natural parks, Eastern Europe has a lot to offer.

You can visit caves, valleys and rock formations, as well as natural reserves like the most unique among state forests in Poland – Bialowieża National Park or the Retezat National Park in Romania.

To see Eastern Europe before it changes

Most importantly, you should visit Eastern Europe Europe right now, before it becomes westernized and begins to lose its unique character.

The region is transforming very quickly, but you can still find a range of unique and authentic experiences that will make your journey unforgettable.