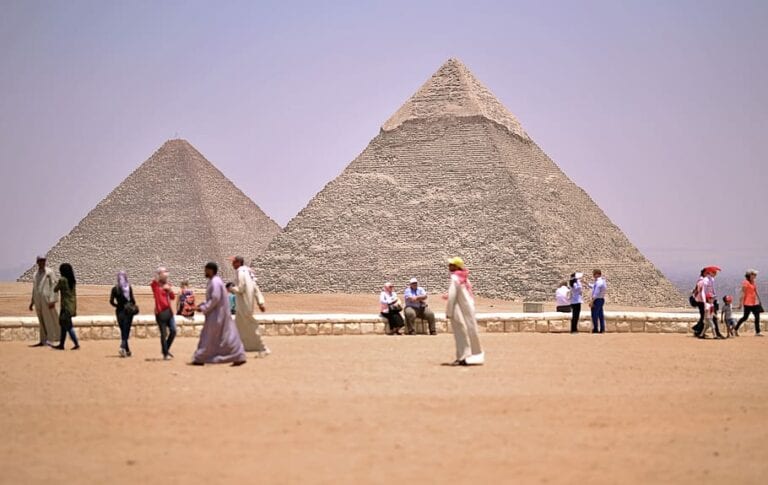 Egypt is open for tourism to all countries from July 2020. Proof of a negative PCR test on arrival is required.

People have been coming to Egypt since the dawn of recorded history. After all, even during the time of the ancient Greeks, the Pyramids of Giza were already ancient wonders.

Therefore, it is little surprise that the government of Egypt has sought to reopen its borders as quickly as possible.

Egypt remains open to tourism and hopes for a recovery in 2021 and plans to resume most of its flights as soon as possible.

As of January 6, Egypt seems to have second wave under control a numbers were slowly decreasing in 7 days.

In view of some visitors have long-haul flights, the Egyptian government has decided that passengers arriving from Japan, China, Thailand, United States, South America, Canada, London Heathrow, Paris, and Frankfurt will be allowed to submit proof of a PCR negative test taken up to 96 hours prior to departure (instead of 72 hours).

Bear in mind that Egyptian authorities only accept hard copies of the test. Digital ones will be rejected.

Egypt has been keeping COVID infections rate very low and at the moment there are only 100-150 daily cases.

The local economy is quite dependent on tourism and the government has been trying to recover tourism with tourist free-visas and various discounts.

Countries allowed to travel to Egypt

At the moment, all the countries are allowed to enter the country but with a proof of negative COVID test. Double-check with your Embassy if you need a visa for Egypt.

Egypt is one of the few countries open to U.S. citizens. However, there are some restrictions.

All Americans must get a visa. Visitors who overstay their visas may remain in the country for 14 additional days without incurring a fine.

Is It Safe to Visit Egypt During COVID-19?

Even though the situation in Egypt is safer than in July, CDC still doesn’t recommend traveling to Egypt and keeps warning LEVEL 4, (Very High Level of COVID-19). (Source: CDC.gov)

Egypt During the Pandemic

One of the factors may be that Egypt has a much younger population than many other countries. Most of those 100 million Egyptians are under the age of 50, which means that they are less likely to develop symptoms of Covid-19.

Additionally, the government has sought to impose social distancing and basic PPE regulations from an early stage.

What to do in Egypt?

For those who have always wanted to go inside a Pyramid, now may well be the time. In the past, only around 300 people per day divided into smaller groups were allowed in.

Given that tourist numbers at Giza have dropped considerably, your chances to be granted access have increased dramatically.

That said, the Egyptian government is waiving a number of fees that normally add to the expense of visiting the country, like landing fees.

Additionally, a number of museums and antiquity sites have drastically cut their prices in an attempt to make visiting even more attractive to foreign tourists.