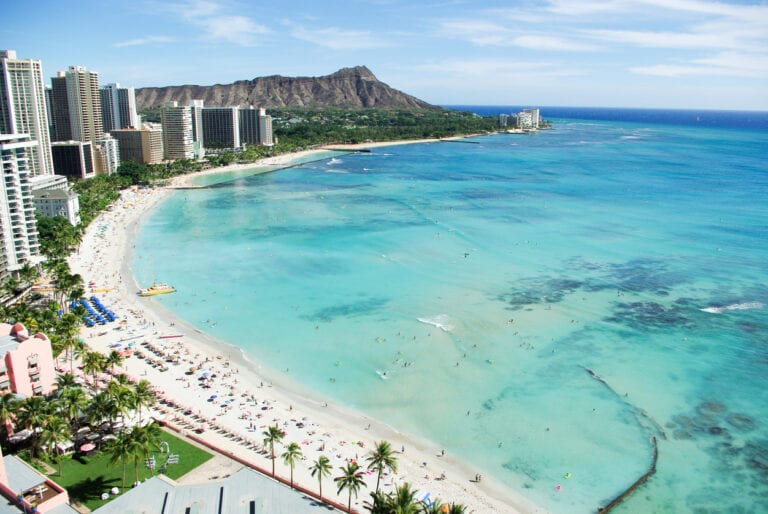 Hawaii’s tourism industry should make a major comeback over the next six months, according to a pair of top Hawaii economists.

The turnaround will be sparked by a surge of newly vaccinated tourists from the U.S. mainland and an expected influx of stimulus cash from the Biden administration in March, they said.

In an interview with Honolulu Civil Beat, Carl Bonham, executive director of the University of Hawaii Economic Research Organization, predicted that a combination of increased tourism and federal aid will significantly boost Hawaii’s economy in 2021.

“Those two together really paint a much brighter picture in my mind than anything we’ve seen since the start of the pandemic,” said Bonham. “The [stimulus package is] a heck of a lot of money that makes a real difference in basically holding people up while we simultaneously see what we think will probably be an acceleration in the visitor recovery, mostly in the summer.”

Sumner La Croix, a professor emeritus of economics at the University of Hawaii, said the Tokyo Olympic Games could also stimulate Hawaii’s economy if Japan decides to allow international spectators at the event.

While Bonham and La Croix were both optimistic about Hawaii’s recovery, they mentioned a few pitfalls that could slow the process down, including the unknown effects of COVID-19 variants and unforeseen slowdowns in vaccine manufacturing and delivery.

Under current Safe Travels rules, visitors and returning residents can avoid a mandatory 10-day quarantine by getting a negative COVID-19 test result from a trusted testing partner within 72 hours of departure.

The program, which was enacted in October, has already been a boon for Hawaii’s tourism industry. Transpacific arrivals have been slowly increasing each month, and February was the best month yet, thanks to a strong Valentine’s Day weekend.

Bonham thinks the trend will continue over the spring and summer.

“As more and more people get vaccinated and the [COVID-19] case counts plummet, there’s going to be a much greater willingness to travel,” he said.

The U.S. government has rapidly expanded its vaccination program in recent weeks. As of March 2, the vaccination rate was approximately 1,817,500 doses per day, according to data provided by Bloomberg. If that rate continues, around 75% of Americans will be fully vaccinated by October.