Governor of Bali optimistic about reopening of tourism soon 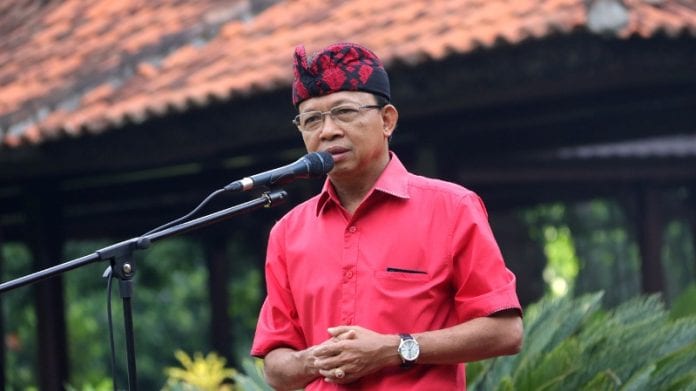 Bali is preparing the last details before its imminent reopening for international tourism. At least, that is what Wayan Koster, governor of the island, has implied in his most recent public statement.

During his intervention, he also credited the residents of Bali for their success at tackling the coronavirus, which has made it possible for authorities to initiate a reopening plan.

Right now, the tourism industry is awaiting for all biosafety measures (including those at airports and airlines) to be met in order to welcome digital nomads again.

For all the local government’s efforts and good intentions, there are still a few obstacles in their plans. One of them being its dependence on national government policies and deadlines.

The vice-governor of Bali, Tjokorda Oka Artha Ardana Sukawati, cautiously placed the date of reopening in the early months of 2021.

In the past, local news in Bali and Indonesia has rather optimistically reported that the country is about to reopen and even the Balinese people and international travelers were expecting to see it open on December 1.

But the reality is that, right now, Bali is open to domestic tourism only. The Ngurah Rai airport has resumed operations but Indonesia’s travel restrictions will not allow  passengers to transit through the country at least until the first quarter of 2021.

Bali relies heavily on tourism. Last year, the island had 6.3 million foreign visitors. With the huge impact on the local economy it is to be expected that local authorities put pressure on national ones to reopen soon.

The island is trying to bounce back by reviving its tourism industry with promotional offers to boost domestic travel. To do so, the government has exempted 13 airports from airport tax and offered good deals and promotions for local visitors.

The Governor is reportedly working with the Central Government to revoke the travel bans that have been in place since March, when Indonesia locked-down the entire territory and halted the traditional visas they used to offer on arrival.

Is it safe to travel to Bali now?

There is also good news on that front. The Ministry of Health continues to coordinate with local governments to increase the ICUs and hospital capacity of the country to treat COVID-19 patients.

Tracing, Testing, and Treatment are the 3 key T’s (3T) that will keep the country safe from a second Coronavirus wave according to the government.