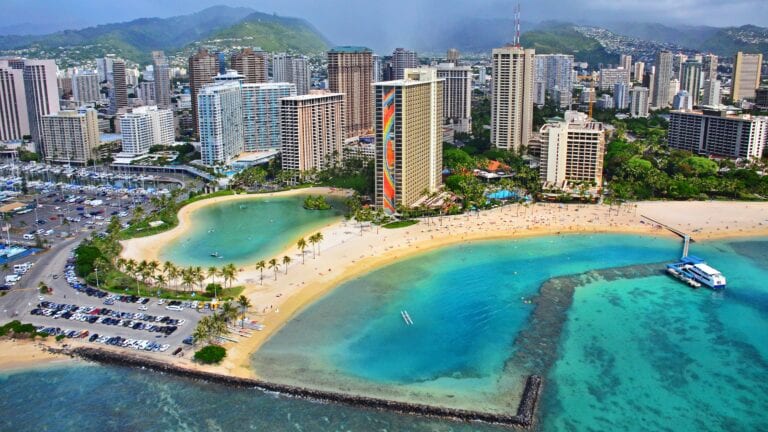 Like the rest of the state’s hotels, it was forced to shut down on April 13 due to the COVID-19 pandemic.

The reopening of the resort, which is Hawaii’s largest hotel property, will allow up to 300 of its employees to return to work.

While HHV’s resumption of operations is a welcome boon to the state’s struggling tourist industry, it isn’t a full return to form.

The resort is only reopening two of its five towers, which means less than half of the property’s 2,860 rooms will be available for guests. It also means that the majority of the 2,000 employees who worked at the resort prior to the pandemic will remain furloughed.

HHV’s relaunch, while cautious, is an important part of Hawaii’s effort to save its tourist-dependent economy. In October, the state had an unemployment rate of 14%, the highest in the country. This was partially attributed to a 14-day quarantine rule for all visiting tourists.

However, on Oct. 15, the state implemented “Safe Travels,” a new policy designed to attract tourists while keeping its residents safe. Under this policy, tourists who can prove they have tested negative for COVID-19 within 72-hours of traveling are exempt from quarantine.

Employment is also on the rise, with an estimated 29,000 to 50,000 people returning to work between October and December.

Meanwhile, the state’s COVID-19 positivity rate fell from 2.8% in October to 1.8% in December.

With the new policy, HHV’s reopening and the start of COVID-19 vaccinations across the United States, Hawaii’s tourism outlook is expected to improve. However, progress will be slow.

According to STR, a Tennessee-based hospitality analytics firm, Hawaii’s statewide hotel occupancy rate will reach only 46.3% by the end of 2021, which is below the 50% to 60% hotels need to break even.

Travel experts say it may be 2024 before the state’s tourism industry fully recovers.