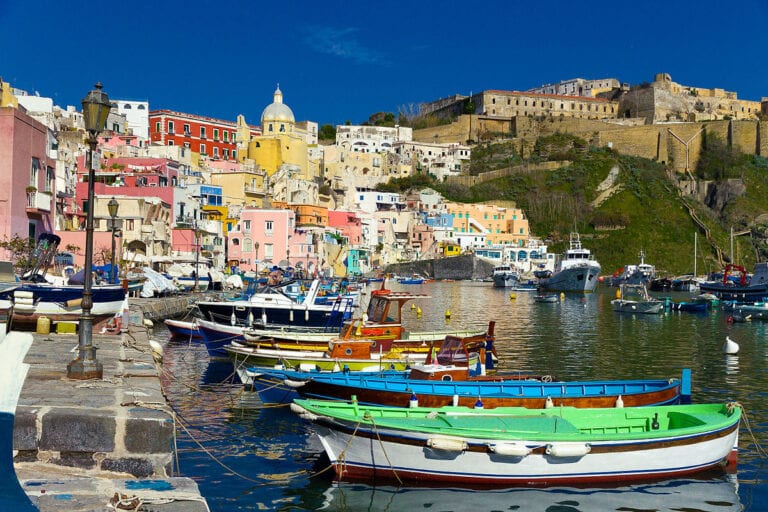 The tiny island of Procida has been crowned Italy’s Capital of Culture for 2022, becoming the first island to win the designation.

Located in the Gulf of Naples, Procida has fewer than 10,500 inhabitants and was the smallest location of all the candidates, which included Ancona, Bari, Cerveteri, L’Aquila, Pieve di Soligo, Taranto, Trapani, Verbania and Volterra.

Tourists often overlook this hidden gem in favor of neighboring islands Capri and Ischia, but the Ministry of Culture’s judges were impressed by the community’s intention to create diverse, sustainable tourism programs.

In a proposal titled “La cultura non isola,” which means “Culture doesn’t isolate,” Procida outlined plans to invite 240 artists to spend 330 days per year on the island. It also said it wants to protect its natural and cultural heritage, attract year-round visitors and improve its links to mainland Italy and the city of Naples.

A statement by the Capital of Culture Commission said that Procida’s proposal “is capable of conveying a poetic message, a vision of culture that reaches out from the tiny reality of an island as a well-wish for all of us, for the country, in the months to come.”

Procida Mayor Raimondo Ambrosino concurred, saying that the island “can be considered a metaphor of many places, many administrations, many communities who have rediscovered the enthusiasm and pride for their territory.”

As a reward for its winning proposal, Procida will receive €1 million to complete its tourism vision.

While Procida isn’t as famous as other Italian destinations, it has an abundance of Mediterranean charm. Its coastal villages are lined with colorful buildings and winding, sun-drenched streets, and its sheltered beaches and jutting clifftops offer stunning sea views.

Remnants of the island’s rich history, which dates back to approximately the 15th century B.C.E., can be found at attractions such as the Abbey of St. Michael the Archangel and the Palazzo d’Avalos prison.

While Italy currently has strict COVID-19 travel restrictions in place, Procida hopes that tourism will be back to normal by 2022.

Parma, the 2020 Capital of Culture winner, will retain its title through the end of 2021 to make up for coronavirus-related tourism losses. In 2023, the cities of Brescia and Bergamo will share the designation to provide a post-pandemic tourism boost.