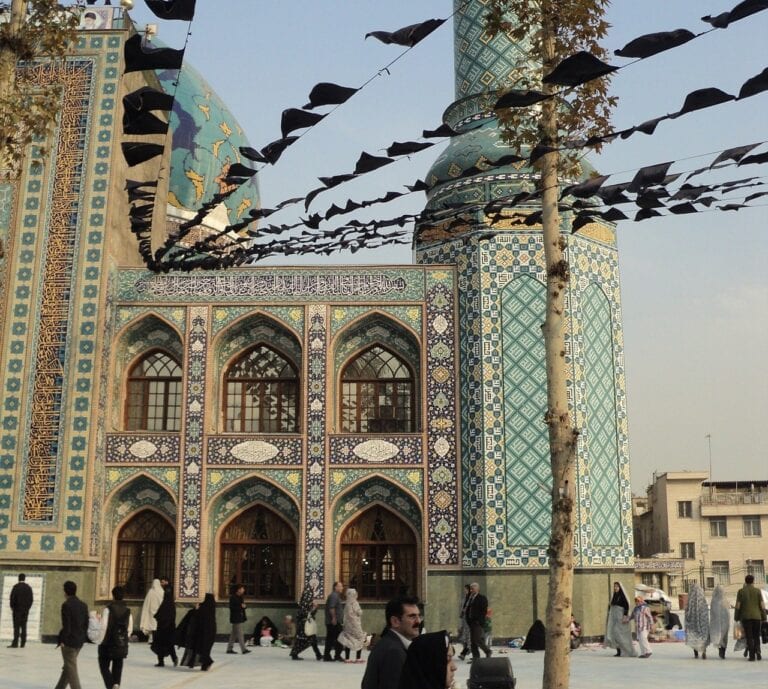 Iran had been experiencing a rather stable economic growth and was even ranked by the United Nations World Travel Organization (UNWTO) the third fastest global growing tourism destination in 2019. After years of conflict and unrest, we were happy to see that the community efforts and government determination to move forward were succeeding at placing the country’s mesmerizing destinations back on the lists of travelers everywhere. Iran was doing fairly well before the pandemic unfortunately struck.

We want everyone to resume planning their next adventure in Iran, but to have an idea of when that would be possible, how safe it would be regarding the virus, or what restrictions they should expect, there are still many questions to answer. We will do our best to help you out.

They are working closely with the Ministry of Health and waiting for protocols and regulations that could start reopening to foreigners.

What is the current COVID situation in Iran?

What do we really know of the COVID-19 situation in Iran?

A lot and perhaps not so much. According to the World Health Organization, Iran ranks as the 12 hardest-hit countries in the world with more than 386,658 confirmed positive COVID-19 cases, 22,293 deaths, and an average of 110 deaths per day over the last few weeks.

Nevertheless, it is impossible to confirm the accuracy of these figures. The country has been accused of spreading misinformation regarding the outbreak and arrested Iranians who have provided figures different than the official ones and it has even refused to take any foreign medical help as stated by Michel Olivier Lacharité, DWB’s Emergency Programs Director. All of this makes it harder to assess the situation effectively.

Regardless who is telling the truth, there are a few things that we know for sure

We understand that Iranian authorities are working on a strategy that would allow them to continue with their “2025 Tourism Vision Plan”, which on the pre-COVID era was leading them to an economic bonanza thanks to the immense popularity of their tourist attractions such as bazaars, museums, mosques, bridges, bathhouses, mausoleums, churches, towers, and mansions.

So this is what has happened so far.

Iran authorities were optimistic about a reopening plan for mid-July. – Iranian President Hassan Rouhani, asked the tourism and handicraft sector to cooperate with the Coronavirus Combat Operation Headquarters to create top priority health protocols to reopen for tourism and get the economy back on track. Some authorities even reported they had forecast to start their first reopening phase opening their land borders to neighboring countries as for mid-July.

Borders’ situation – Borders were not opened as promised by the authorities.

Sept 6th – More protocols but still no reopening date – The latest official statement by the Ministry of Culture, Heritage, Tourism and Handicrafts (MCHTH) without hinting at a specific date, the Tourism Minister, Ali-Asghar Mounesan, ensured the industry will be ready to resume activities as long as the recommendations and restrictions put in place by the Ministry of Health are met.

Good news for Russian folks! – The minister of tourism is reportedly traveling to Russia to conclude the wavering of visa between Iran and Russia intending to boost tourism between the two nations in mid-September.

What is the state of the travel industry right now?

The promise of reopening in the near future does not seem to be enough for the 240,000 direct and 550,000 indirect employees from the Iranian Hoteliers Association who are rather desperate due to the financial crisis. Amir-Pouya Rafiei-Shad, the head of Tehran Province Tour and Travel, stated Agencies Association, stated that the government bailout is not helpful, given the fact that the pandemic has brought tourism to a standstill for several months now.

After months of talking about protocols and guidelines and potential opening dates, the government seems to be changing the direction on how to manage restrictions in the coming months.

Although the Tourism Minister highlighted the importance of following the instructions from the Minister of Health, on the “8th Meeting of the Private Sector Tourism”, held on September 3rd, he surprisingly stated that the Ministry “has no authority over people’s plans for travels and we cannot tell people to travel or not to do so.

Many people travel on their own without using the capacity of tours, which can have its own impacts over the virus spread but if trips are carried out through tours and in official accommodation centers following all health protocols, they would definitely be safer with lower risks,” Mounesan said.

Before you begin planning!

As of right now, international tourism is not likely in the country. But there seems to be enough reason to think it will restart soon enough. Don’t cross this beautiful country off your list just yet and wait for our updates to find out when and how you can safely travel to Iran.