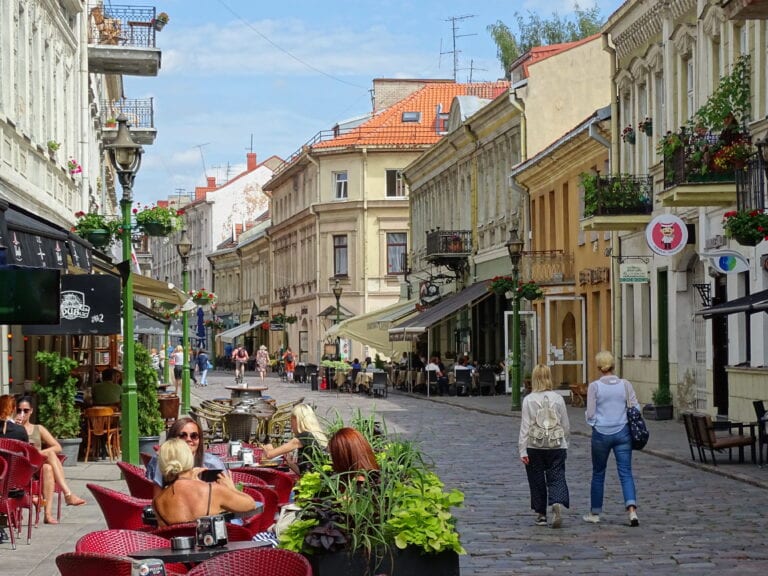 LITHUANIA Reopening for Tourism – All You Need To Know

The Republic of Lithuania borders the Baltic Sea. It has an advanced economy with a high standard of living and a very high Human Development Index.

While it is currently a relatively small country, when it was the Grand Duchy of Lithuania, it was the largest European nation as, at that time, it contained territory that today belongs to Russia, Poland, Belarus, and Ukraine.

The quarantine was lifted on June 16th, however, Lithuania has taken a gradual approach to open its borders again.

While travelers from neighboring countries such as Poland were allowed in June, it was not until August 9th that tourism from other countries became possible.

Currently, most visitors from the EU can enter Lithuania without testing or quarantine.

In addition, travelers from the following countries will be allowed: Canada, Japan, New Zealand, Rwanda, South Korea, Thailand, Tunisia, the United Kingdom, and Uruguay. Each of these countries has had a low infection rate in the last 14 days.

Citizens of Australia must undergo a 14-day quarantine if they wish to visit Lithuania. The same is true for EU members Austria, France, and Switzerland.

Travelers from EU member countries Belgium, Bulgaria, Croatia, Luxembourg, Malta, Portugal, Romania, Spain, and Sweden will not be allowed due to the high infection rates in these places.

Those arriving in Lithuania must fill out a passenger arrival form before arriving at the airport.

They must cooperate with having their temperature scanned when they arrive. They are required to get a travel health insurance policy that will cover them in case they are infected with Covid-19.

When in enclosed public spaces such as the airport, supermarket or public transport, face masks are mandatory. All indoor gatherings are limited to 200 people and social distancing is required.

The impact of the Coronavirus on Lithuania

Covid has taken a huge toll on its industries but has so far had relatively little effect on its citizens.

As the charts show, the situation in the country is somewhat stable. While there was a rapid rise in the number of cases early in the spring, since the end of April the situation has been kept under control.

Currently, there have been a total of 2,283 cases of Covid-19 in Lithuania. While 81 people have died, 1,679 people have recovered. These numbers are quite good given Lithuania’s population of almost 2.8 million.

The country had issues with supply chains early on due to the hoarding of groceries by residents. Apparently purchases increased by 50-60% during the first few weeks after cases were reported.

Tourism has also been affected. In 2019 Lithuania had 3.5 million tourists. Once the pandemic hit, hotels had to deal with canceled bookings.

Lithuania responded quickly to the pandemic, imposing a quarantine on March 2nd.

From this point until the recent reopening of borders on June 16th, the only people allowed into the country were those delivering goods, citizens stranded abroad, and family members of Lithuanian citizens.

No citizens were allowed to leave the country unless they lived or worked abroad. Those coming into the country during this time were required to remain under quarantine at home for at least 2 weeks.

Educational institutions were shut down and all shops except for supermarkets, pharmacies, groceries and veterinary pharmacies were required to close, as were cafes and bars. All public events were banned.

The Lithuanian government pumped money into the economy to counteract the effects of these shutdowns. Employers were given subsidies to maintain payrolls and parents forced to stay home to look after their children were given full sick leave benefits.

The government has also mandated that mortgage and other loan payments be deferred for 3 months.

Lithuania is a stunningly beautiful country located on the Baltic coast. It boasts an eclectic mix of architectural styles as well as being a repository of culture and history.

For nature-lovers, the country is covered by dense forests which cover nearly 40% of its landmass. Here you’ll find roe deer, hedgehogs, wild boar and a variety of unique plant life.

In addition to the forests, there are the tallest sand dunes in Europe, located in the Curonian Spit National Park. These are a UNESCO World Heritage Site. These dunes can move rapidly and are the home of several rare plant species.

In Lithuania’s capital, Vilnius, one can find every architectural style imaginable, including Art Nouveau, Baroque, Gothic, Renaissance and more. You’ll even find buildings that mix several styles! You’ll also find the Soviet-era style in buildings such as the National Opera and Ballet Theater.
You will find that despite being quite modern, Vilnius is reasonably priced. Restaurant meals and beer will not break your budget. There are also many cultural festivals to enjoy if you would like to celebrate.

The largest is probably the Kaziuko Festival which takes place in early March, which celebrates the life of St. Casimir, who is Vilnius’ patron saint. You’ll be able to watch street performers while buying food and crafts from kiosks set up for the occasion.

Lithuania is a thoroughly modern country that is still in tune with its rich history and deep cultural roots. Tourists will find much to enjoy here, from the beautiful national parks to the unique architecture and the vibrant local festivals.