Mexico tourism recovering fast, flights from the US down only 12% 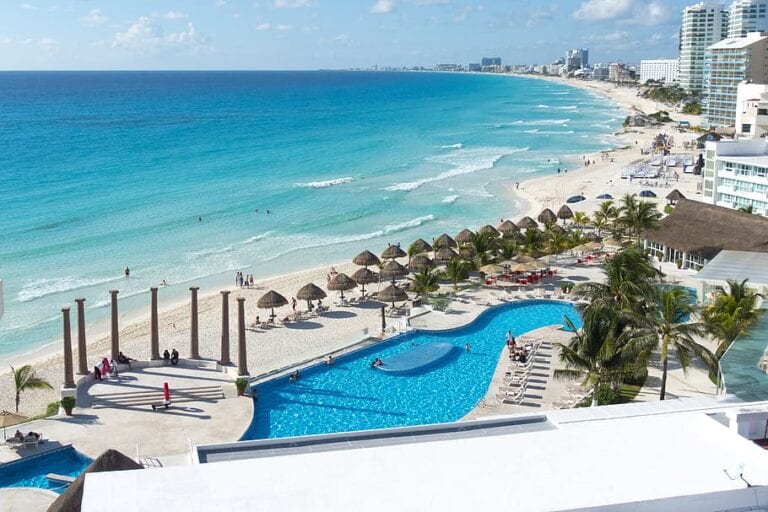 Though the airline industry has seen tremendous slowdowns since COVID-19 became the bane of our existence, routes between the U.S. and Mexico are starting to pick back up.

Travel experts attribute this upward trajectory to Mexico’s relaxed travel policies. Not only has Mexico remained open to travelers, but they also don’t require visitors to self-quarantine or take a COVID-19 test upon arrival into their country. With that said, Mexico has become a sought-after vacation destination. More specifically, Los Cabos, Mexico City, and Cancun have attracted thousands of tourists over the last couple of months.

According to recent reports, routes to Mexico are recovering, with more seats being booked each week. In fact, in the last week of November, ticket sales were down by only 12 percent when compared to last year’s figures. It’s presumed that this number will only continue to increase. In December, Delta Air Lines and Aeromexico plan to operate at 95 percent capacity, which will no doubt reel in more travelers.

Delta Air Lines maintains that routes to Mexican leisure markets will be offered during this upcoming holiday season. Following in Delta’s footsteps is United Airlines. This major American airline has added more flights to leisure destinations in Mexico, ranging from Guanajuato to Cozumel. Targeting passengers who want to visit friends and family in Mexico is a strategy that other low-cost airlines are adopting. However, given the rise in coronavirus cases, some are surprised to hear that routes between Mexico and the U.S. are increasing.

Back in August, Mexico’s death toll was deemed the third highest in the world. Health officials suspect that these figures aren’t entirely accurate, stating that they believe the actual number of infections is much higher. Though the Mexican economy came to a halt at the end of March, many returned to work in June. Mexican industries were considered too essential to stop functioning, making them exempt from restrictions.

Not surprisingly, Mexico City remains the epicenter of the country’s epidemic. Local authorities continue to acknowledge that Mexico’s death toll is significantly higher than what’s being reported. Even still, that’s not deterring people from traveling to this beloved North American beauty.

To date, there have been over one million COVID-19 cases reported in Mexico. Fortunately, over 800,000 have recovered, but an astonishing 106,000 individuals have lost their lives due to this novel infectious disease.