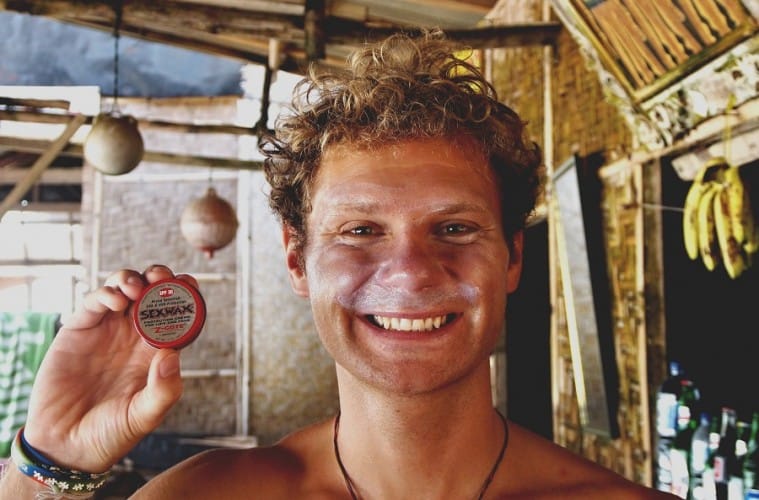 … imagine breakfast every morning accompanied by the Indian Ocean, mighty waves and surfers. The head chef knew how to cook and every dish was delicious. The fresh fruit shakes were perfect anytime but mostly in the morning after surfing. Late afternoons and evenings were nice too because of the reggae music playing non-stop in background and people hanging around. 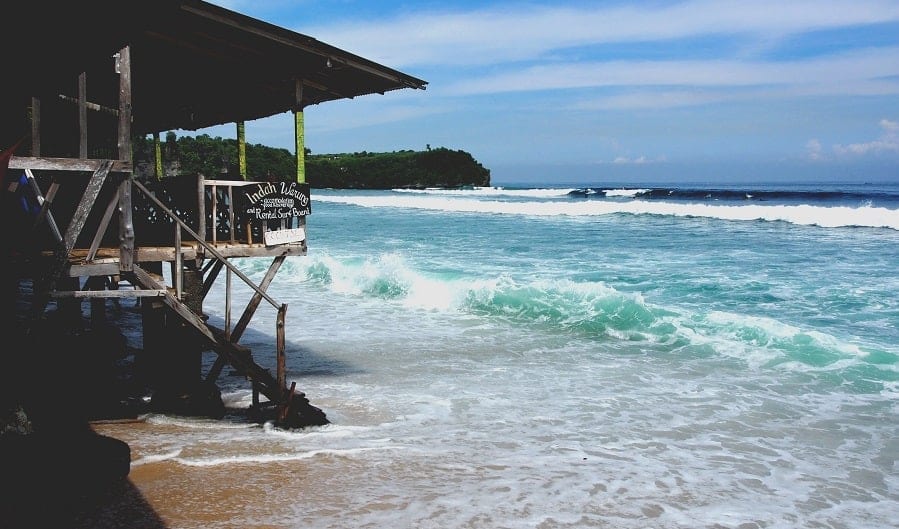 We stayed in this community for almost three weeks. We had an amazing time with the staff and the owner as they were friendly and funny as most of the people around. It didn’t take long and we became friends so the atmosphere was even better. 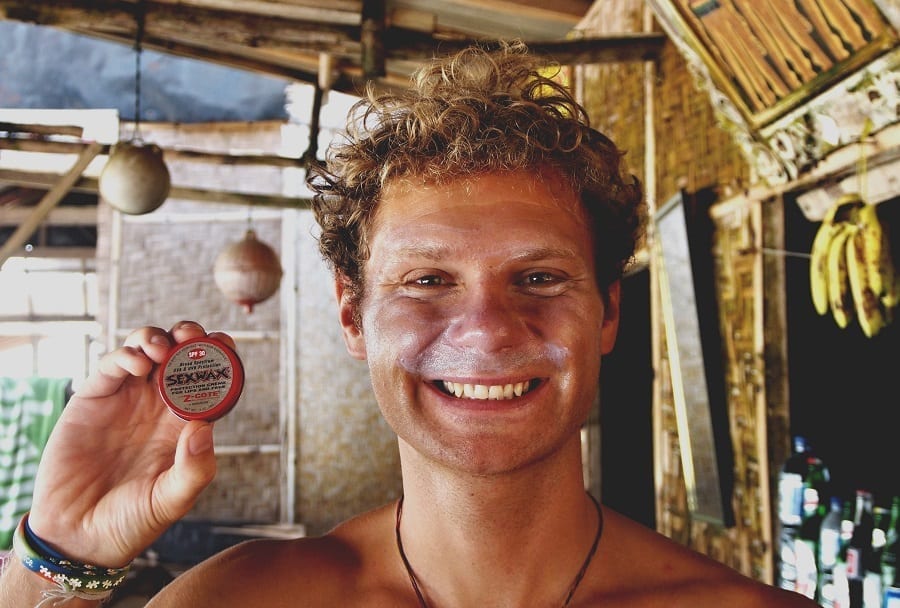 Balangan Beach is a magic place partly because of the waves and the surfing culture and partly because of the nature. The beach is hidden, surrounded with cliffs which makes it even more majestic. The main surfing season starts sometime in May and lasts for few next months and that’s when the real surfers are coming to enjoy His Majesty The Ocean. The waves easily reaching five meters are falling furiously time to time creating barrels. One has to pay big respect to this massive energy. Strong underwater currents and shallow water covered with sharp coral reefs has discouraged many beginners. As we consider ourselves as beginners we had difficulties to tame the waves and the ocean has defeated us. But we never give up and so for the next season. we’ll be back and ready again!.

Check out article about surfing in Canggu, Bali by czechgeekontheway.com