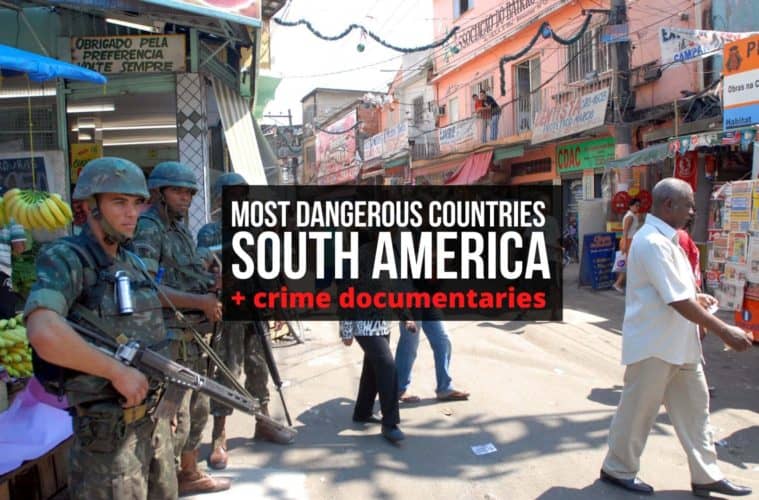 6 Most Dangerous Countries in South America in 2020

The political and economic situations of a country influence its peacefulness. Countries with political stability tend to attract more tourists and foreign investments. We listed the most dangerous countries in South America and some documentaries that you can watch to understand better the situation.

The Global Peace Index measures the peacefulness of different nations and regions. It is released annually and ranks 172 independent countries. 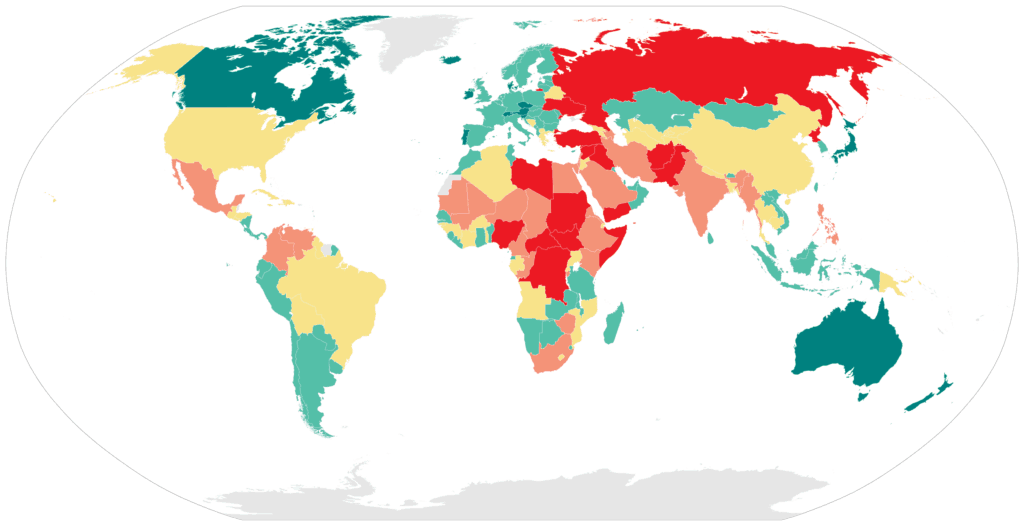 The index is developed by the Institute for Economics & Peace and has been used for more than a decade now. To evaluate the level of peacefulness, GPI conducts investigations to determine the extent to which a country is involved in ongoing domestic and international conflicts. In 2017, 23 indicators were used to determine the index. 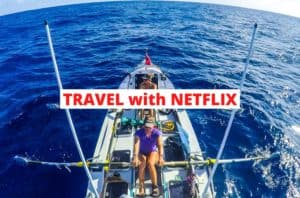 List of the 6 Most Dangerous Countries in South America: 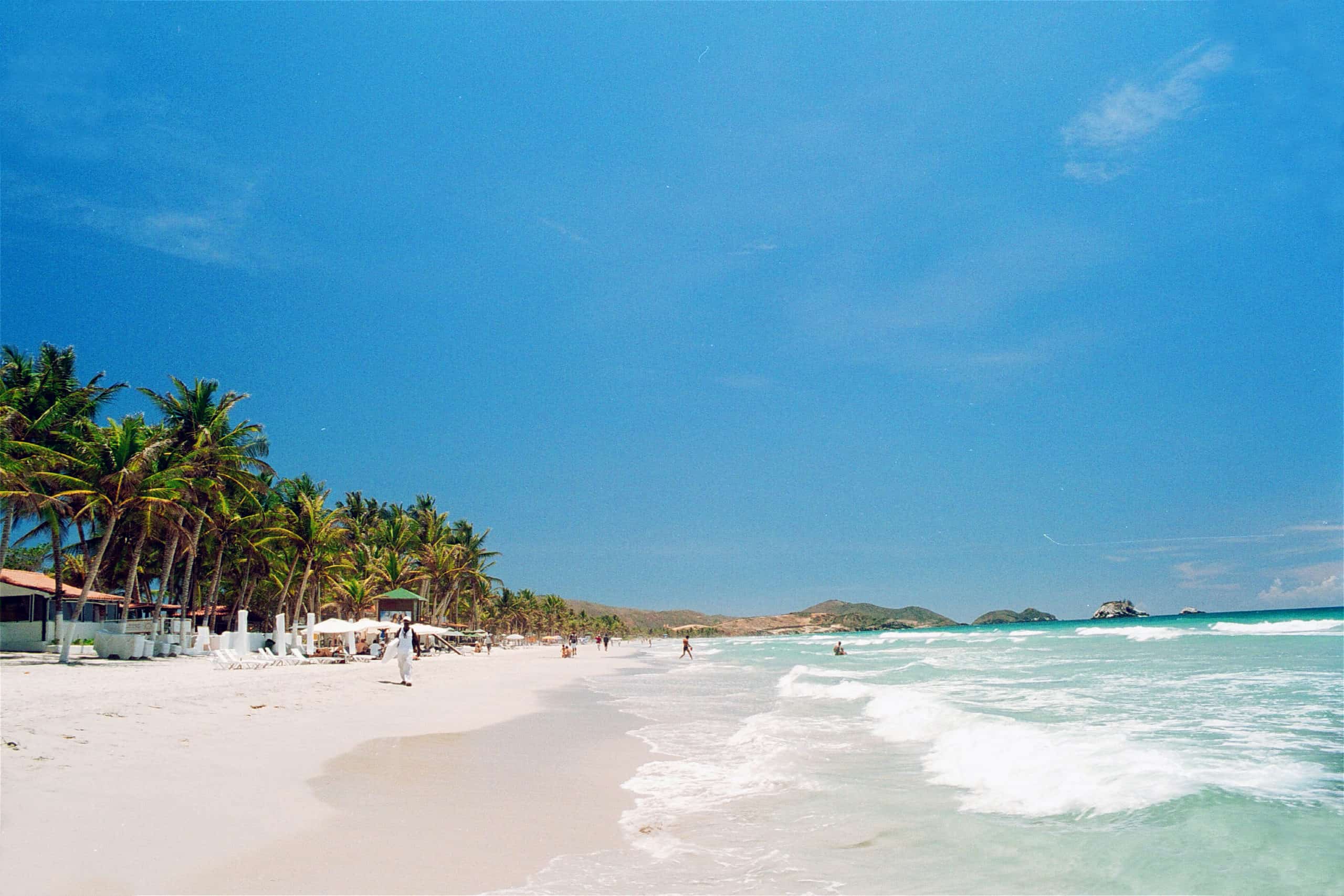 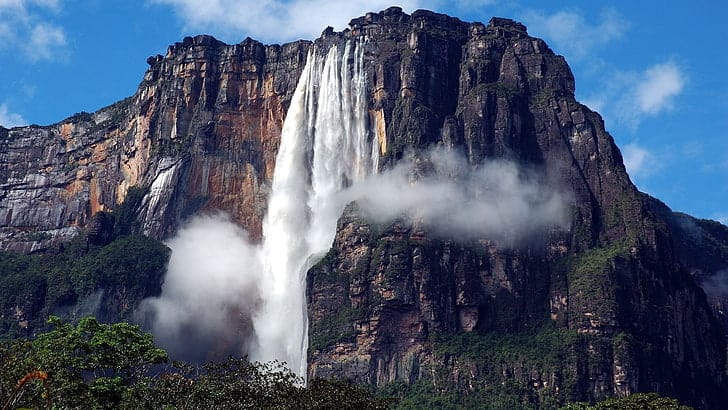 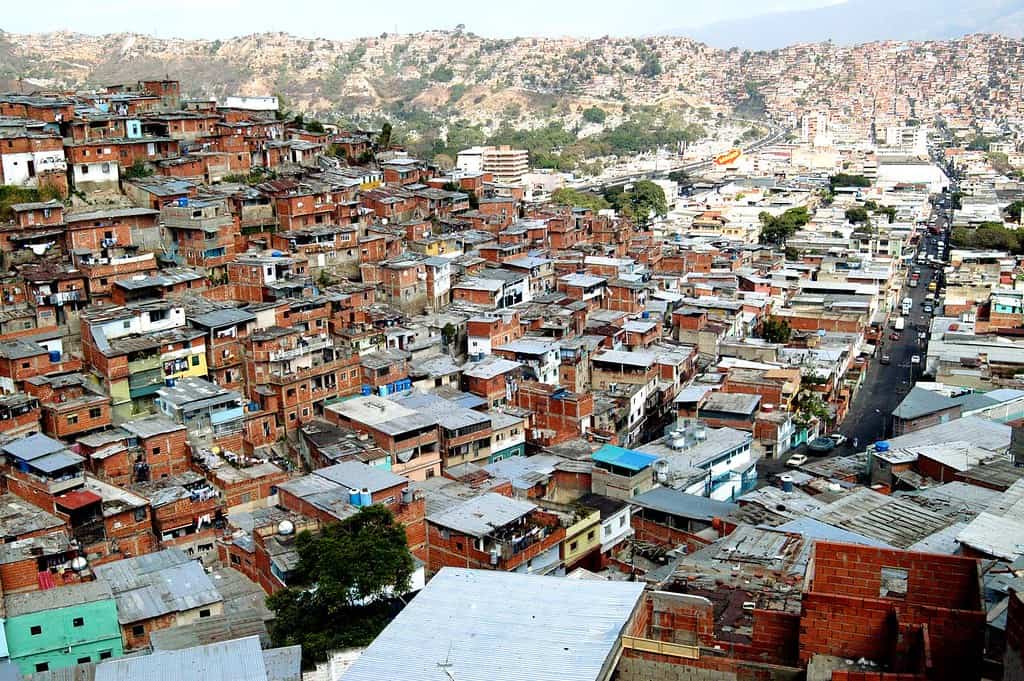 It’s ranked at position 144 in the GPI. The political instability in the nation has resulted in high levels of violence and increased crime rates. Violence is prevalent both in the country’s capital and some interior regions. According to statistics, Venezuela has one of the top five highest per capita murder rates globally.

Reports of kidnapping have increased significantly over the years, and armed robberies are also common. Some of the areas where there are high rates of kidnappings include residential apartments, hotels, airports, and unauthorized taxis.

Some attraction sites in the country are also crime hot spots. Therefore, research widely before choosing your travel destination. Low-income neighborhoods covering the hills around the capital city are dangerous.

Pickpocketing is also another major insecurity issue in Venezuela. Criminals concentrate in and around bus and railway terminus in Caracas. Most pickpockets in the area are well-dressed to avoid suspicion, especially during the rush hour.

To understand better watch this quick video, “The collapse of Venezuela, explained”

In the past decade, a phenomenon called “express kidnapping” has been on the rise. Criminals abduct people for a short period and demand money from the victims. Usually, the victims are selected randomly.

Once they have extracted the maximum amount of money, they release the victims. In most cases, the abduction lasts an hour. Some criminals in Venezuela may also ask for personal information in the form of questionnaires.

Take caution when filling questionnaires. Some of the people who have revealed the information have received threatening calls and ransom demands for kidnappings. You also need to be vigilant when on the road, as you may be a victim of a carjacking.

The incidents occur during the day and night. Usually, criminals tend to target expensive car models. Most of them ram their victim’s cars from behind or flagging them down to rob their possessions. 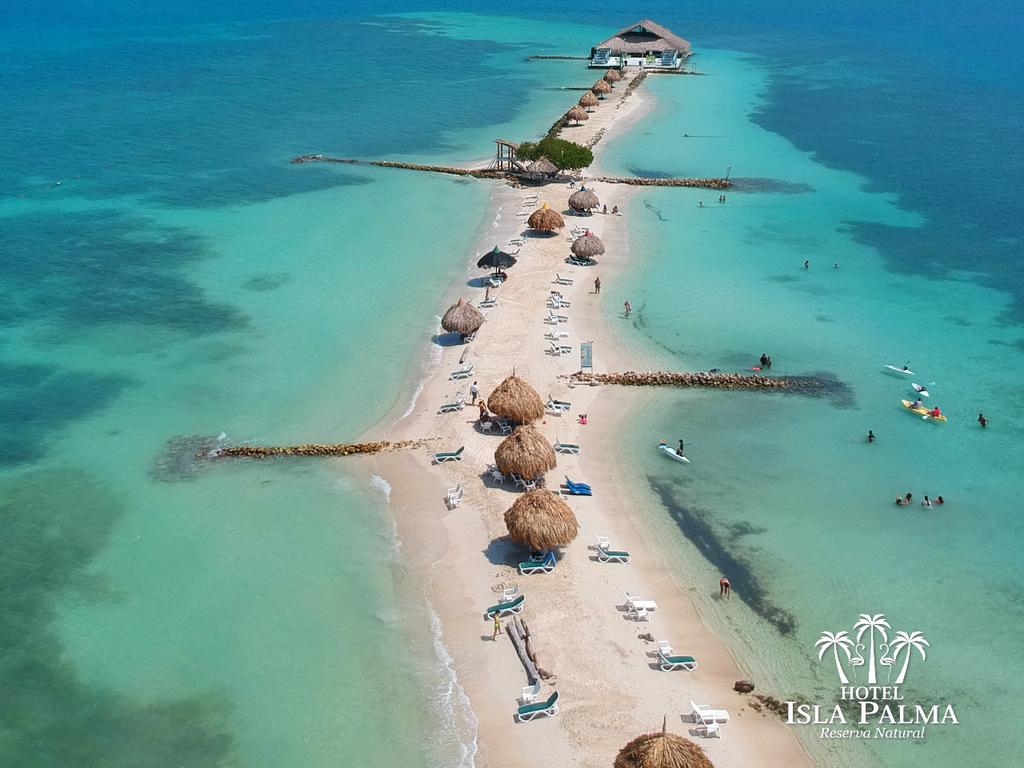 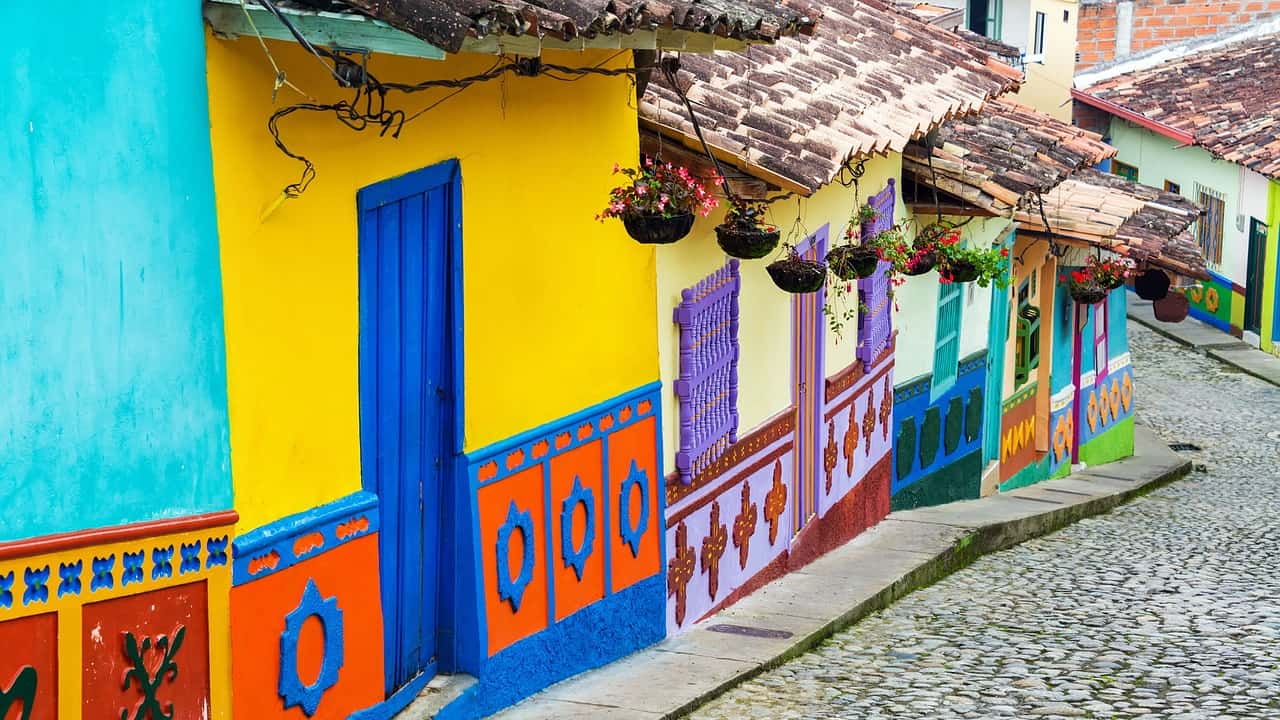 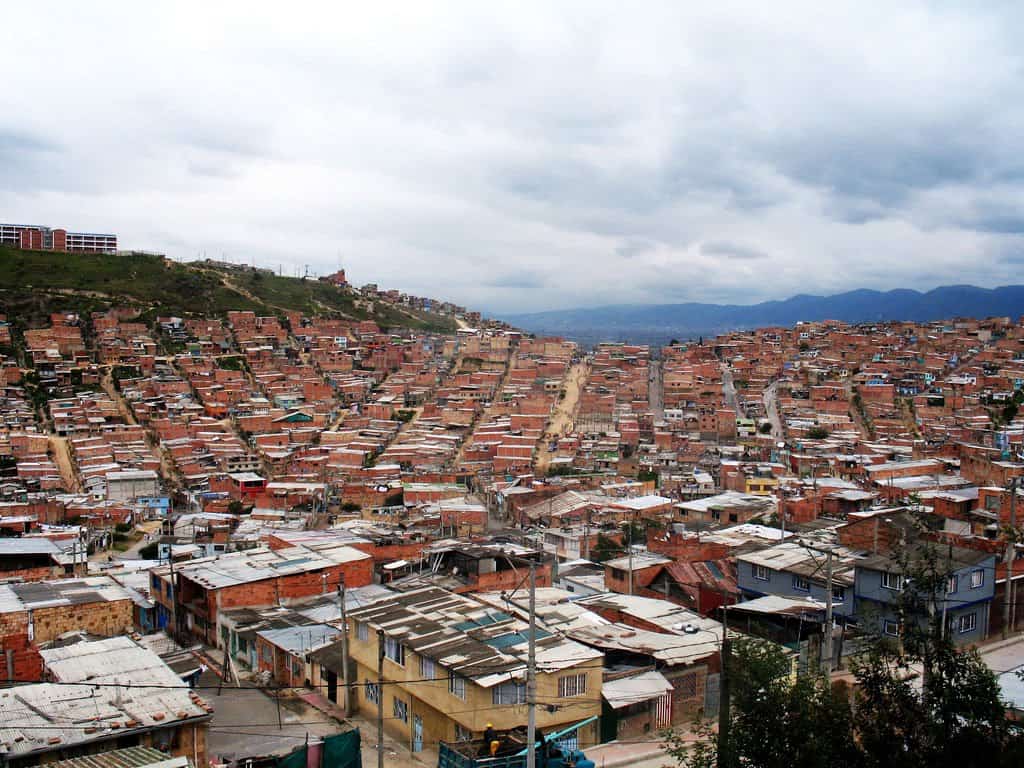 Colombia, the country of beautiful beaches, amazing food, mountains, and salsa dancing was ranked as position 143 on the index. One of the things that make it one of the most dangerous in the world is the high number of armed robberies, especially in hotels. Before you book a hotel room, inquire about security arrangements and what an accommodation facility has done to improve security since the hotel attacks started.

In Bogota, the risk of crime is considerably high. Some of the common crimes in the country include mugging, assault, and credit card theft. Some of the weapons that criminals use are knives and firearms.

There have been reports of serious injuries and murders due to resistance by victims during robberies. Cases of burning of buses by criminals, terrorists, and demonstrators are also common in Colombia.

Check out this interesting video, how Murder Capital of the World changed into peaceful neighbourhood

Taxi-related crimes usually occur when cabs are hailed from the streets by lone passengers. Once the driver stops, the passenger and criminals enter. The victims are taken to several ATMs until the robbers have extracted the maximum amount of money.

Cyber threats are also major security problems in Columbia. Some of the cyber threats are politically motivated. For example, the country’s president’s email account was breached a few years ago. In the last decade, cases of financially motivated cyber crimes have also been on the rise.

Some criminals use drugs when robbing their victims. Local authorities have reported that scopolamine is the most common drug used by robbers. After the administration of the drugs, a victim can be unconscious for a minimum of 24 hours.

Despite all the above mentioned, Colombia is one of the most visited places in South America. There are many amazing places and safe destinations where you can have an amazing time. Just apply South America safety rules! 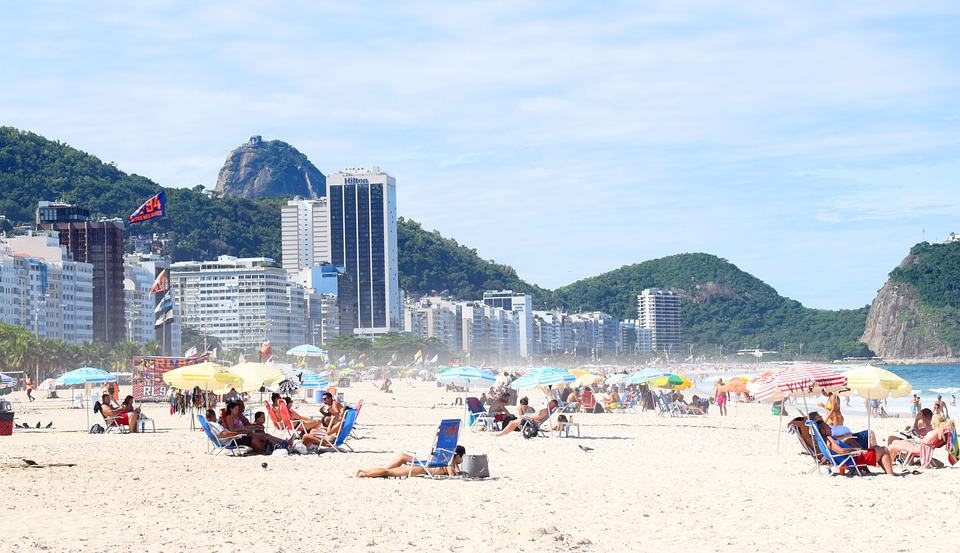 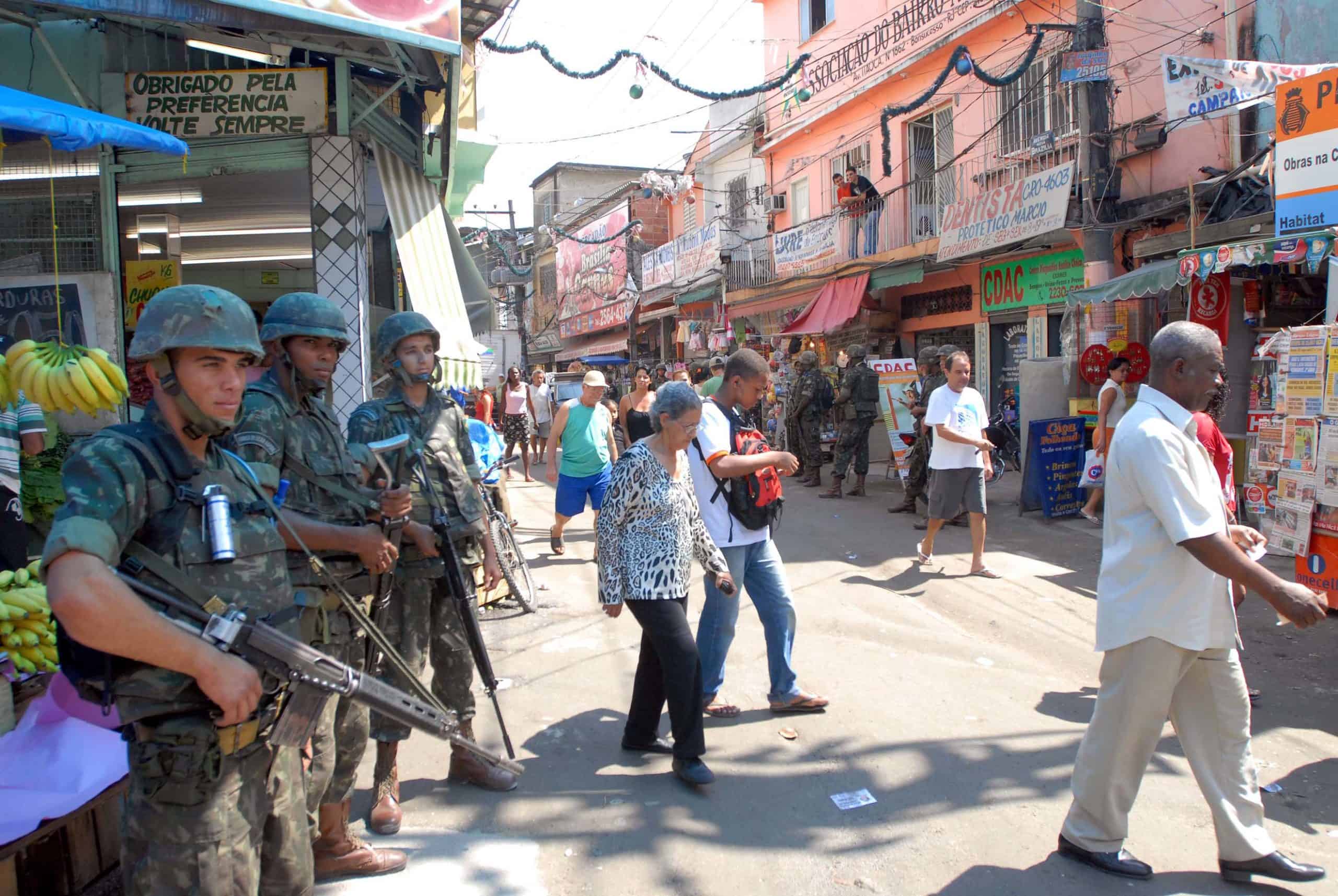 The nation was ranked at position 116 on the GPI. One of the easiest to stay safe in the country is maintaining a low profile. Avoid putting on diamond-encrusted or shiny outfits. Most robbers target people who are fond of luxurious items.

Only carry a small amount of money and minimal bank cards with you when moving around. After shopping, take your goods to your apartment before going out for dinner or entertainment joints.

Brazilian authorities have pointed out that the theft of tech gadgets has been increasing over the last decade. Therefore, avoid using your top-of-the-line phone or tech devices when in public places, as this may increase the chances of theft.

Some parts of the country should be avoided as much as possible. There are high crime rates in cities such as Rio, São Paulo, and Salvador during different times of the year. The number of reported crimes goes up during various holidays.

Keeping on-the-beaten-path isn’t always safe for you. Some of the common crimes in the country include street theft and muggings, especially in various tourist attractions sites. Some juveniles may use guns to rob or organize a robbery with older adults.

Pickpocketing is also a major concern in Brazil. The criminals use a myriad of tricks and creative tactics to distract their victims. Some of the tricks used to distract victims include smearing them with mustard, daubing them with paint, and some robbers masquerading as beggars on the streets. Once you have been distracted, they’ll rob you in nanoseconds.

Another reason that makes Brazil one of the most dangerous countries in South America is the high incidences of financial fraud and ATM theft. In the past decade, criminals have developed sophisticated techniques to rob people in ATMs.

You may also be a victim of credit card fraud if you fail to use it in reputable accommodation facilities and shops. If there are many cases of credit card theft in an area, consider using cash for payment of goods and services.

Nevertheless, Brazil is an amazing country and worth visiting, just apply basic safety rules and you will be fine. Check our article on Things to know before you travel to Brazil! 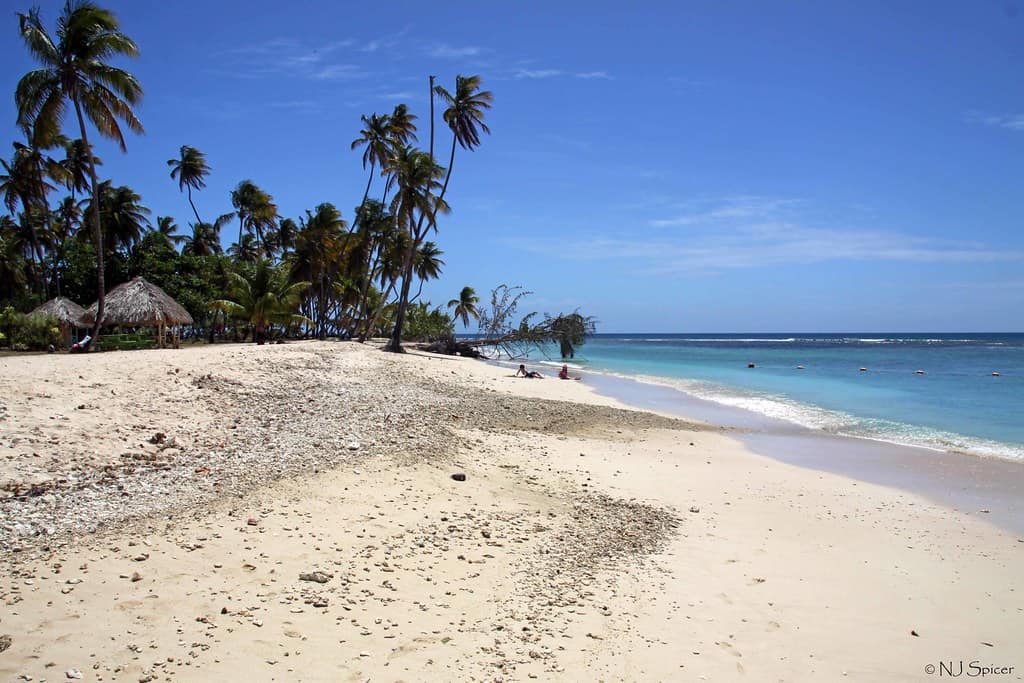 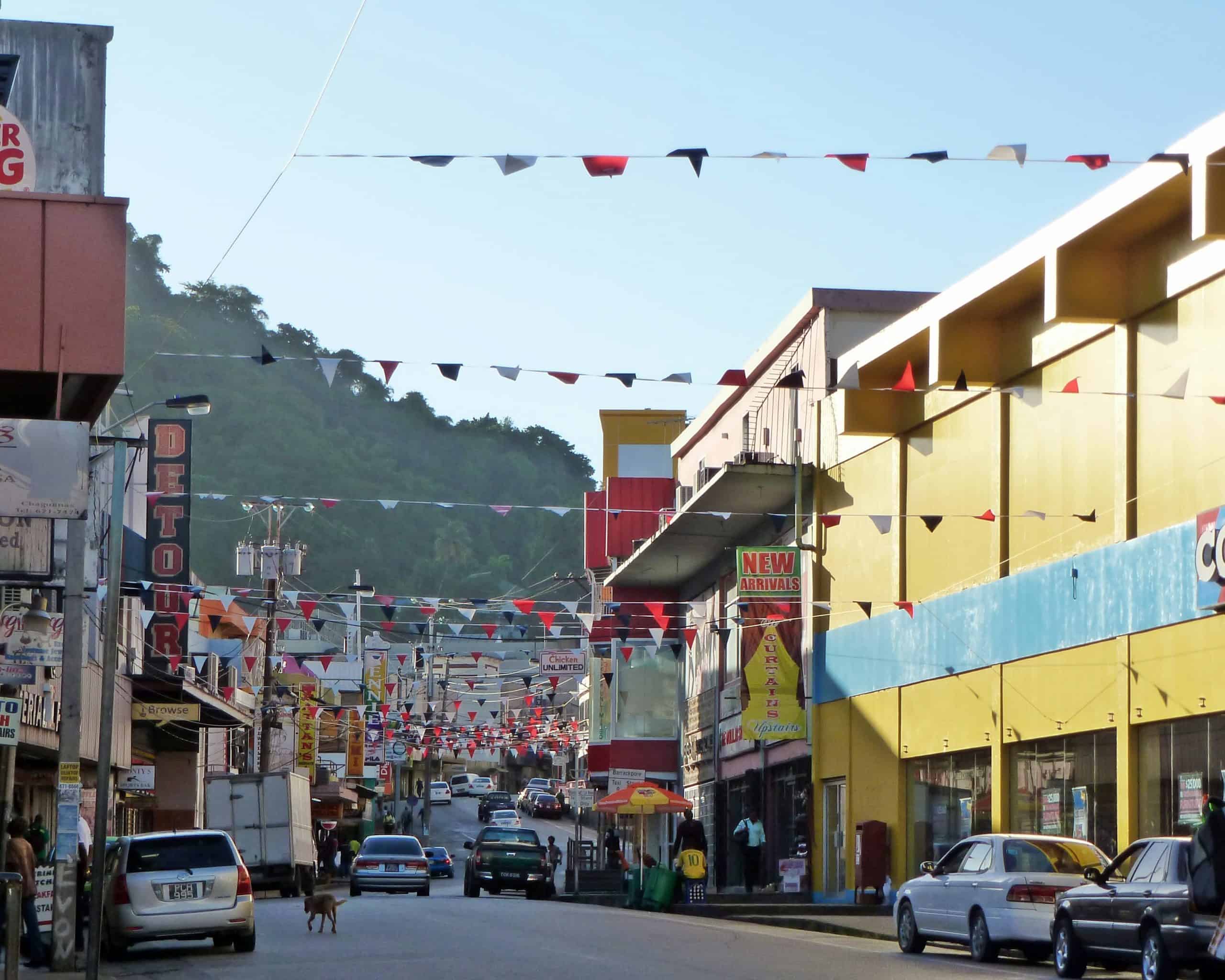 The smallest nation by area in South America has two Caribbean islands and was placed at position 93 in the GPI index. The two regions have different features. Trinidad has many sightseeing opportunities and attracts tourists from different parts of the world. On the other hand, Tobago stands out because of its Caribbean island charm.

Some of the areas in the capital can be dangerous. Crimes such as sexual assault, gang violence, and robberies are common in different local communities. Avoid visiting remote beaches in the country.

There have been reports of crimes such as sexual assault and robberies for people who go to the areas, especially at night. The number of airport scams has also been increasing over time in Trinidad and Tobago.

Criminals in airports target innocent travelers. Others follow travelers from the airport to their apartments and then rob them. If you’re traveling from the facilities after dark, keep an eye on your surroundings.

There have been reports of many robberies in Trinidad. Although Trinidad has a good road network, some areas are more dangerous than others. For example, some criminals block the roads using bricks and debris to distract drivers.

Once a car stops, robbers smash windows and get away with possessions of the passengers. In some cases, the victims undergo violent assault. If that happens, don’t get out of your car. Try to get your way past the bricks. 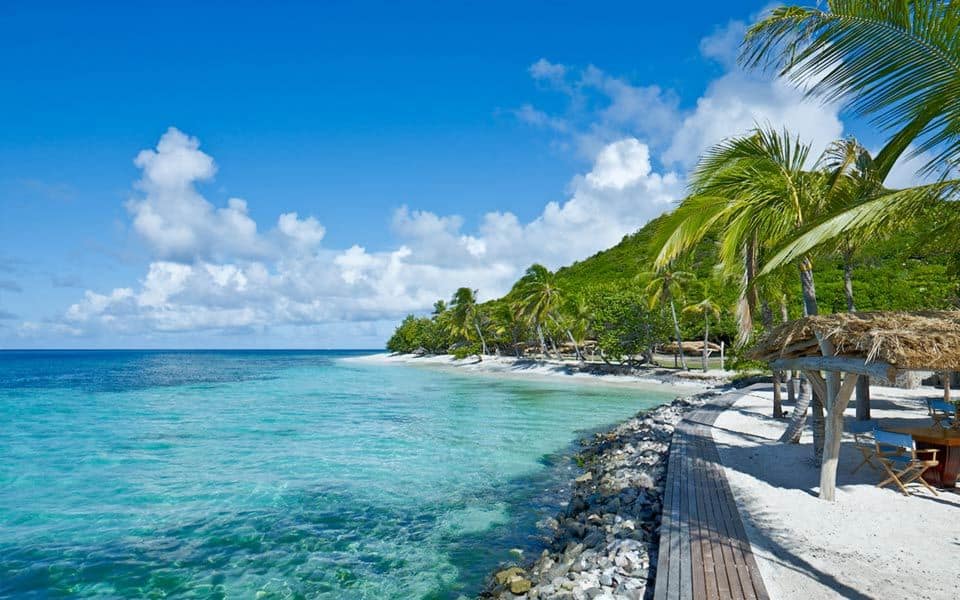 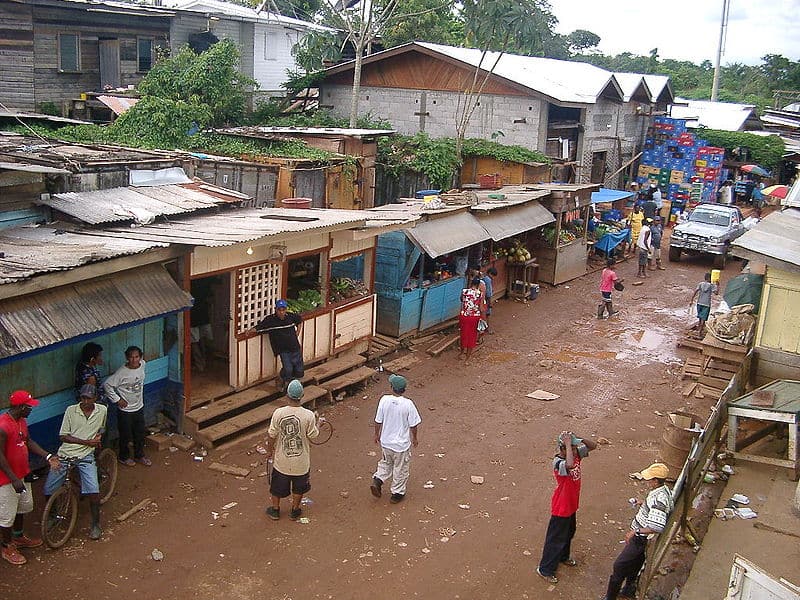 The country was placed at position 92 in the GPI and is located in the northern mainland of South America. One of the things that make it stand out among other South American nations is that English is the official language. Although Guyana is known for its welcoming people, there are many dangers that you should be aware of.

Other than a high number of petty theft cases in the nation, there are many cases of violent crimes. Ensure you have your identification documents with you at all times to avoid arrests and questioning by law enforcement authorities.

Drug trafficking is also prevalent in Guyana. To stay safe, avoid carrying items you did not purchase or pack personally as law enforcers deal with any violations strictly. Additionally, ensure that you take your prescriptions for medication with you to prove that they are not illegal drugs.

There are many types of scams in Guyana. One of the most common issues is counterfeit currency. Usually, criminals offer to exchange foreign currency using favorable rates, but the money received is worthless.

Tourists are recommended to depend on licensed exchange services in Guyana, such as banks and hotels. Although you may pay a higher rate, you’ll not lose your hard-earned money. Just like most countries with many tourist attractions, you’ll find many pickpockets in the country. 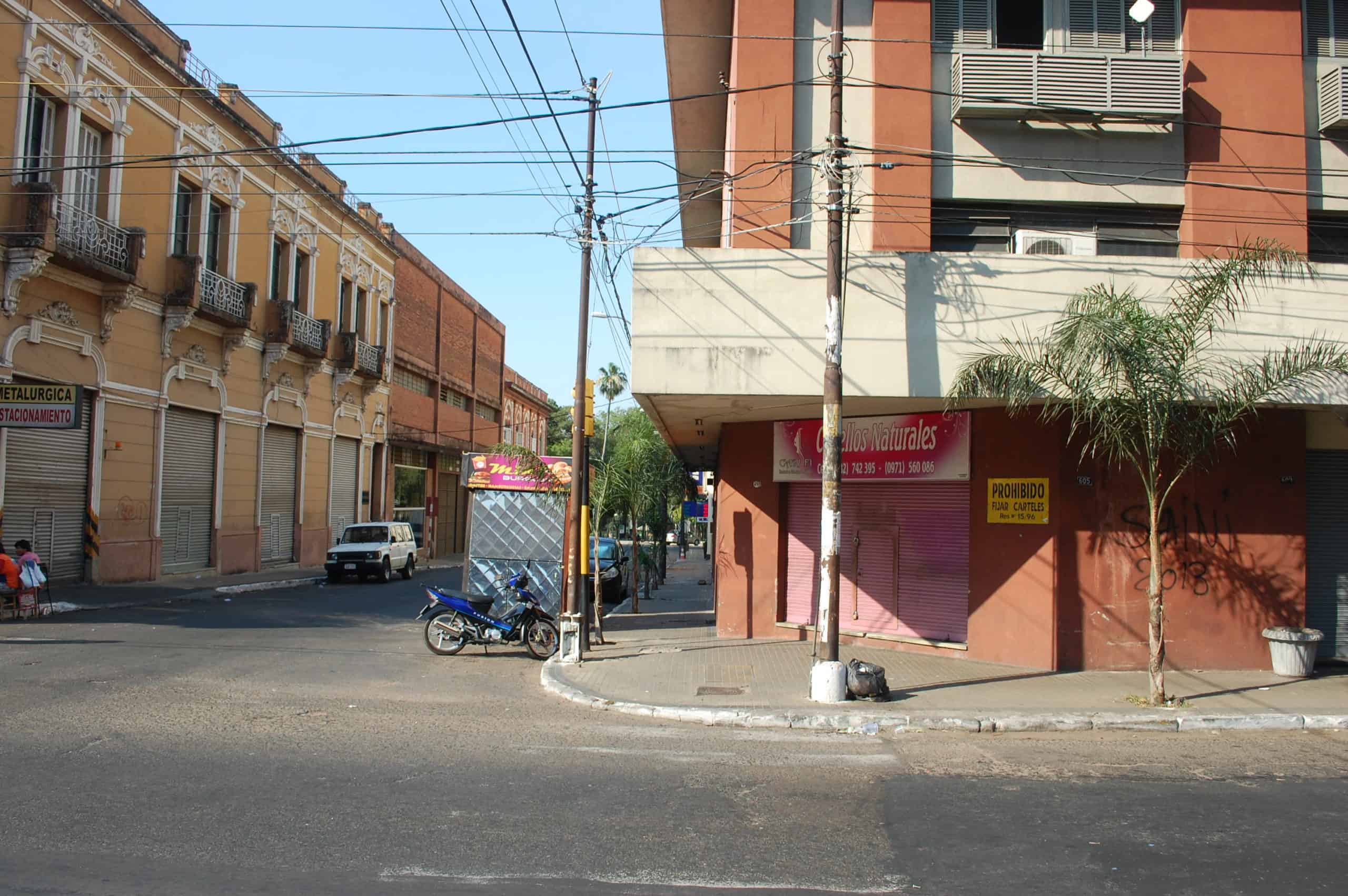 The nation was ranked at position 88 and has had a long history of political instability and high crime rates. Generally, major cities in Paraguay are safe. Most crimes are non-violent. However, incidents of violence have increased in the past decade in some urban centers.

If armed criminals attack you, it’s advisable to avoid resisting. For example, some of them on motorcycles may snatch your belongings and threaten you with a weapon if you try to take any action to recover them.

Other street crimes include pickpocketing, mugging, and jewelry theft. You can take several actions to avoid being a victim. For example, avoid putting on expensive jewelry, carrying large amounts of cash, flashing top-of-the-line gadgets, and exercising caution when withdrawing money from ATMs.

Check out some advice from a local expat

To avoid financial fraud, only use legitimate foreign exchange outlets. Avoiding going for low rates from unauthorized dealers as you may end up losing your money. Also, avoid walking in highly risky areas in Paraguay, such as Asuncion and Salto del Guairá.

Sounds dangerous? Well 88 position is not that bad

Finally, these are some of the most dangerous countries in South America, according to the Global peace index. You can take several measures to ensure that you stay safe during your visit to the country. The first action that you should take is researching extensively about the country you intend to visit.