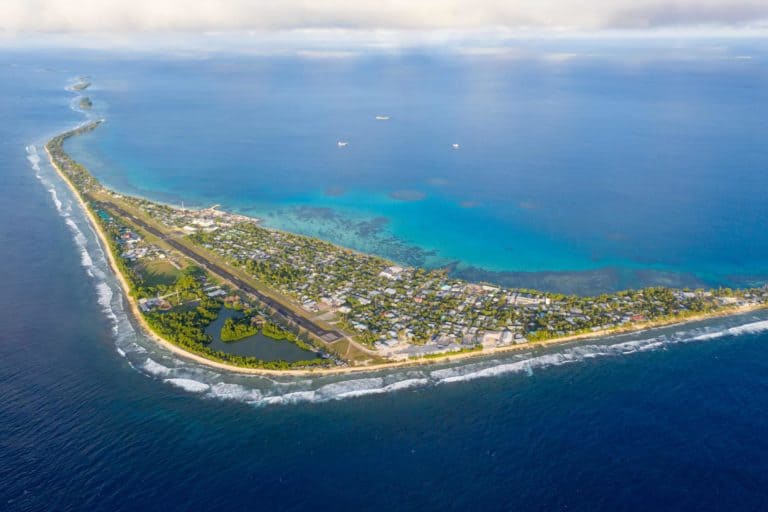 10 Smallest Countries in the World by Population in 2020

Well, you will find some faraway places with strange-sounding names on this list. There are others that are more recognizable.

Here is the list that we simply call the eight smallest countries in the world by population:

Vatican City, in Rome, Italy, is the world’s smallest country with a population of about 1,000. It’s also the smallest country in terms of total square miles. However, it is said that its population may triple or quadruple on any given day because of the inflow of tourists coming to view the city’s renowned paintings and sculptures.

Vatican City is home to perhaps the most recognizable individual in the world: the Pope. The Pope not only reins over the Catholic religion globally, he exercises legislative, executive and judicial power over Vatican City.

Tourists flock to the city to see St. Peter’s Basilica, the Sistine Chapel, and Vatican Museums. The sale of postage stamps and souvenirs, fees for admission to museums and sales of publications go to support the Vatican City’s economy.

The city is named after Mount Vatican. It was founded on Feb. 11, 1929 by the Lateran Treaty between the Holy See and Italy. It is guarded by the Swiss Guard whose members wear bright colored uniforms.

You are allowed to visit Vatican City without a passport and some places like St. Peter’s Square can be reached easily by just crossing a line that separates it from Rome.

The Republic of Nauru is an oval-shaped island in the southwestern Pacific Ocean located about 35 miles south of the equator. The latest census statistics show this tiny nation has only 10,670 residents.

Nauru was once known as Pleasant Island. Its central plateau is surrounded by coral reefs. Command Ridge is the highest point of the plateau, 233 feet above sea level. Nauru’s closest neighbor is Banaba Island in Kiribati, 190 miles to the east.

Micronesians and Polynesians were the first people to settle in Nauru. Germany annexed the country in 1888. Nauru’s phosphate deposits, which covered a wide area of the island at the time, began to be mined under a German-British association in 1900.

Nauru’s revenue mostly comes from the export of phosphate. The other major funds are raised through the sale of fishing licenses. Countries such as Australia and Taiwan provide substantial aid to the Nauru economy.

Nauru is plagued with an unemployment rate that currently stands at 90 percent, the highest in the world. More than 95 percent of the people suffer from obesity and some 40 percent are diabetics.

Tuvalu is a country in Polynesia located in the Pacific Ocean. It lies midway between Hawaii and Australia and has a population of 11,192 , according to 2017 census figures. Tuvalu is an island nation that is composed of three reef islands and six true atolls situated west of the International Date Line.

Formerly known as the Ellice Islands, Tuvalu became fully independent as a sovereign state within the British Commonwealth on Oct. 1, 1978. Tuvalu became the 189th member of the United Nations Sept. 5, 2000,.

Tuvalu is a parliamentary democracy. Elizabeth II of England serves as Tuvalu’s queen. Elizabeth II is represented in Tuvalu by a governor-general who is named by the queen upon the advice of the prime minister of Tuvalu.

Tuvaluans are of Polynesian descent and Tuvaluan, their main language, is closely related to Samoan. English is taught in schools and is widely spoken in the country.

If you are looking for a place that has rare sightseeing opportunities Tuvalu is not that place. The island nation is small and critics say it has no architectural heritage, hills, mountains or rivers.

Others believe Tuvalu is still a nice Pacific destination. “Your time can be well spent in the shade of palm trees on one of the nation’s delightful beaches.” one travel writer has said.

Palau, with an estimated 2018 population of 21,097, is a country that is another group of islands located in the Pacific Ocean. It is in the southwest corner of Micronesia and is made up of some 340 coral and volcanic islands perched on the Kyushu-Palau Ridge.

The Philippines are 550 miles to the west. Guam is 830 miles to the northeast and New Guinea is 400 miles to the south. A great barrier reef system surrounds most of the country. Babelthuap, Koror, Malakal, Arakabesan and Peleliu are Palau’s major islands.

The Republic of San Marino is located near Italy in Southern Europe. It has a population of 33,562 and Italian is the dominant language. Its capital is the City of San Marino.

San Marino is on the northeastern side of the Apennine Mountains and sits on the coast near Rimini, one of Italy’s premier resort areas.

The republic is named for Saint Marinus, a stonemason who is believed to have played a great role in the rebuilding of the city walls of Rimini after the walls were destroyed by pirates from Liburnia. Marinus, legend has it, also was the founder of a monastic community on Monte Titano in AD 301. San Marino believes it is the oldest constitutional republic as well as the oldest sovereign state in existence.

A constitution was written and adopted in the late 16th century still governs San Marino. The constitution dictates San Marino’s political system and other national issues.

Liechtenstein is an Alpine country located in Western Europe. The German-speaking nation is bordered by Switzerland and Austria and its population is listed as 37,877. The capital of Liechtenstein is Vaduz.

Created in 1719 as a princedom within the Holy Roman Empire, Liechtenstein was granted independence in 1866. The nation is under the leadership of a prince who oversees 11 municipalities.

The country formed its National Olympic Committee in 1935. Xaver Frick, a founding member of the NOC, is the only Liechtenstein athlete to have been in both the summer and winter Olympic games.

Liechtenstein also has a football team. One of the country’s finest moments came in 2007 when the team defeated Iceland 3-0 in a game played in Vaduz.

Monaco is a principality in Western Europe. It’s on the French Riviera and is bordered by France and the Mediterranean Sea. Monaco is also about nine miles from Italy. Population figures as of 2018 show Monaco has 38,682 people.

A form of constitutional monarchy governs Monaco and the nation’s prince serves as head of state. The prince uses his position to exert enormous political power over his people.. Except for a few brief intervals, the House of Grimaldi has governed Monaco since 1297.

French is the main language, but Italian and English are widely spoken in Monaco. Monaco’s sovereignty was officially recognized by the Franco-Monegasque Treaty of 1861. The United Nations welcomed the principality as a voting member in 1993.

The French military forces are responsible for the defense of Monaco even though Monaco has an independent and separate foreign policy. Monaco does have two small military units.

The country is known for its Monte Carlo Casino and its grand prix racing circuit. It also participates in competitive football matches.

Saint Kitts and Nevis is mainly a nation made up of two islands in the Caribbean. It has around 53,000 residents and it’s the smallest country in the Caribbean by population. Its population has remained the same for many years.

Saint Kitts and Nevis draw tourists worldwide. They come to play the greens of Royal Saint Kitts Golf Club and for the Saint Kitts carnival in winter and the music festival every June. Oualie Beach and Frigate Bay are a delight to beach lovers.

If you love history, it’s here. Nevis is the birthplace of Alexander Hamilton and Saint Kitts has its Brimstone Hill Fortress, once known as the “Gibraltar of the West Indies.” Saint Kitts also offers a scenic train tour.

The Marshall Islands, with an estimated population of 58,889, is a country made up of islands in the Pacific Ocean. It’s in the northern part of Micronesia and has 29 atolls and 1,156 islands or islets.

The Marshallese people are from the Micronesian ethnic group and speak the Marhsallese language, which is closely related to the Micronesian language. English is also an official language and is widely spoken.

This country is also known for its history as a testing ground for nuclear weapons. The most famous site is the Bikini Atoll Site on the Ralik chain of islands. There’s still a United States military base on Kwajalein Atoll.

The country isn’t known for its spectacular natural or man-made sights, but it does have a unique charm. Its greatest attraction for visitors is its many beaches, which offer great options for deep-sea divers, windsurfers and people who enjoy less-crowded sands.

Dominica is an island nation in the Lesser Antilles with a population of 73,925. It’s right in the middle of the Antilles chain of islands, and its capital is Roseau.

Most Dominicans are descended from African slaves brought to the island by the French and British between the 1600s-1800s. English is the official language, and many people also speak Dominican Creole French.

This island is the youngest of the Antilles, and it’s also considered one of the most beautiful in the entire Caribbean. Dominica’s a mountainous island with a lot in the field of natural beauty.

Dominica is also a particularly hurricane-prone island. Hurricane Maria devastated the country in 2017, but they’ve been rebuilding nicely.

Most visitors come to “The Nature Island” with natural tourism in mind. Snorkeling, hiking and diving are the most popular activities for tourists. The world’s second-largest hot spring can be found here as well.

Put on Your Traveling Shoes

So there they are: the eight smallest countries by population. They beckon tourists. What are you waiting for? Put on your traveling shoes and discover for yourself the wonders of these eight little gems.

Check out a few more facts in this video: