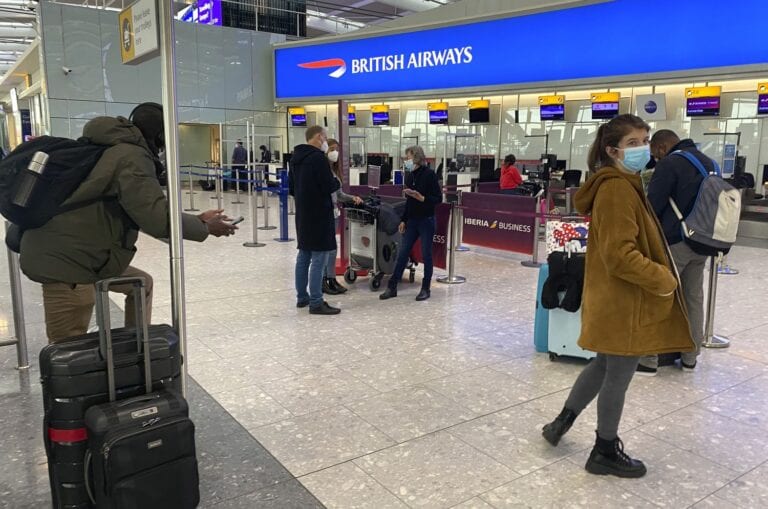 The Spanish government has decided to further extend its ban on all travelers from the U.K. arriving by sea and air. The new restriction does not apply to Spanish or Andorran nationals and official residents.

On Jan. 13 the Health Minister Salvador Illa, announced that this decision followed the “uncertainties over the reach of the new strain” initially discovered in Britain. “The epidemiological situation in the United Kingdom has progressively worsened.” added Illa.

Other Spanish authorities also mentioned that these restrictions might be lifted before February 2. Such a decision would depend on “how the situation and the pandemic evolve, and especially on what decisions might be taken in a coordinated way in the European Union.”

The promise might be hard to keep considering that since the new highly-contagious strain of coronavirus was detected in Spain, the Health Ministry has confirmed more than 70 cases in the territory.

As of now only U.K. travelers visiting due to “strict legal needs” are allowed in, according to the official twitter account of the Spanish Embassy in the U.K.

Allowed travelers with delayed flights due to Storm Filomena do not need to lose sleep over the mandatory PCR test time. The Spanish Foreign Ministry confirmed that passengers with expiring PCR tests will not be required to submit another one to meet the 72-hour deadline.

For its part, the Canary Islands, a favorite destination for British travelers, has entered a new phase of restrictions that include curfews and lockdowns.

The Council of State, congregated on January 7, decided to apply stricter rules on the islands from Jan 11 to Jan 24.

There are three tiers of regulations depending on the epidemiological situation of the islands. Tenerife Island falls under level 3, the highest.

Gran Canaria and Lanzarote have been moved to level 2 given the increase of new cases in their territories.

These new restrictions come as a response to the lack of public caution during the seasonal festivities that led to a third wave of infections.

On Monday 61,422 new cases were reported, including those from Saturday and Sunday, breaking the record for the most cases reported following a weekend.

Over the same period, 401 people lost their lives to the virus.

Fernando Simon, director of the Health Ministry’s Coordination Center for Health Alerts, expressed his concerns over this third wave at a press conference on Monday.

He fears the already strained hospital capacity will be further tested in the weeks to come since “there is a considerable increase [in cases] that is being seen day by day, with figures that are already very close to the end of October.”

Simón expects the number of daily cases to start dropping next week following the implementation of the new restrictions.