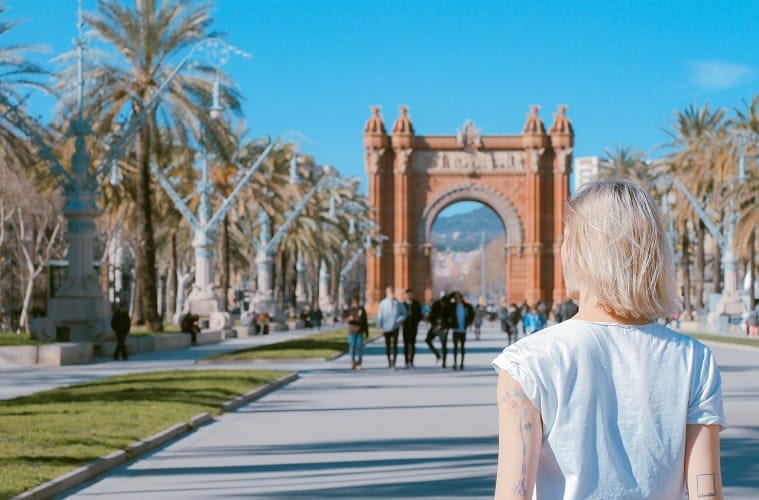 Spain is a beautiful country filled with architectural wonders, pristine beaches, incredible cities, and fascinating culture. Traveling there can be a life-changing experience full of unique discoveries and adventures.

If you’ve never traveled to Spain, the trip can be a bit of a culture shock. Here are fifteen things you need to know so that you can enjoy your trip to Spain to the fullest.

While many people working and living in the more touristy areas in Spain speak English, there are plenty who don’t or choose not to. Remember, you’re coming to their country to visit; the onus is on you to be able to communicate your needs.

Take some time to learn some basic Spanish phrases, and be sure to have the Google Translate app downloaded on your phone.

If you are setting up and appointment or a date, expect people to come late. This does not apply 100% to everybody but it’s a common thing.

Therefore, prepare yourself and set your expectation on the proper level, so you avoid getting upset.

Spain is Pretty Safe but a lot of pickpockets!

While pickpockets are common in some of the main areas of Spain, there isn’t an abundance of violent crime or any reason to worry about traveling alone or taking your own path. Just keep your wits about you and travel smart.

Especially in Barcelona pickpockets are out of control last few years. Watch out during the day when strangers are approaching you and in the evening on the way home after a few glasses of wine or beer.

It’s a Bigger Than You Would Think 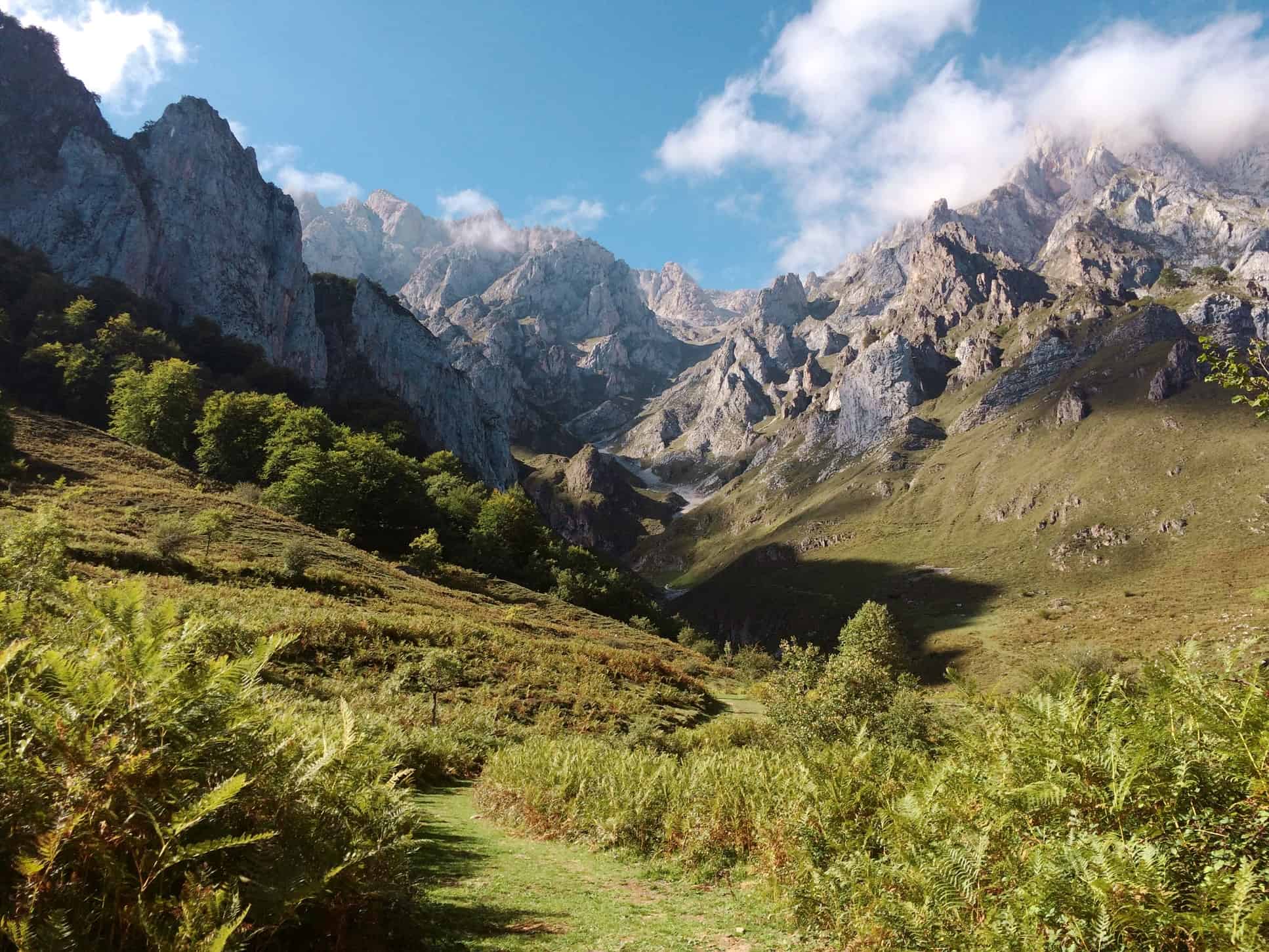 While Europe often gets a reputation for being small and easy to travel from one country to the next, Spain itself is pretty big. Barcelona is almost 400 miles away from Madrid.

Fortunately, Spain has a great transport system with 40 airports and a high-speed train. Plan your itinerary early so that you can figure out how to get from one part of the country to another.

Meal Times Are Later Than You Think

While the general break down of time between meals, the meal times are later than you think. It’s common practice to eat lunch around 2 pm in Spain, with dinner starting as late as 10 pm. The meals are also meant to last longer, to savor the food and conversation.

As a result, culture is at a slower pace than in North America. Service to your table might be slower and being on time is really more of an abstract idea than a sign of respect.

Expect A Lot of Sun, Sometimes TOO MUCH!

Spain, in general, is very generous with the sun and you will have an amazing time but it depends on the region.

For example, in the North of Spain, you can also expect a lot of rain throughout the whole year, especially in the winter.

On the other side, in the South of Spain in the summer months, the temperature can go up to 40 degrees or even more. Make sure you choose wisely when it comes to places like Granada, Sevilla or Malaga. You want to be by the beach! 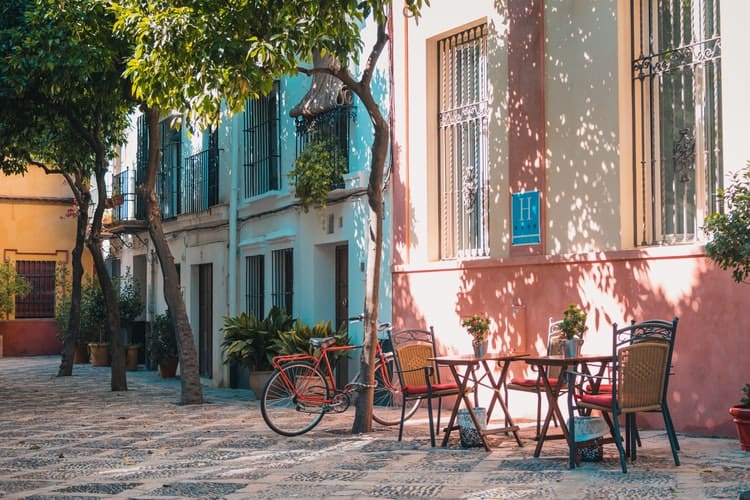 During the day around noon, stores and restaurants shut down for a break called a Siesta, which translates roughly to nap time. This is often a point of frustration for visitors who want to tour the area during the day. Be ready to plan around it.

As April to September is the typical tourist season in Spain, you may be shocked to find flight deals in August. However, traveling to Spain in August could be very disappointing.

Many Spaniards choose this beautiful month to close up shop and head to the beach for a vacation of their own. Try to find a deal that overlaps that latter part of August into September.

The Best Accommodations Book Up Early 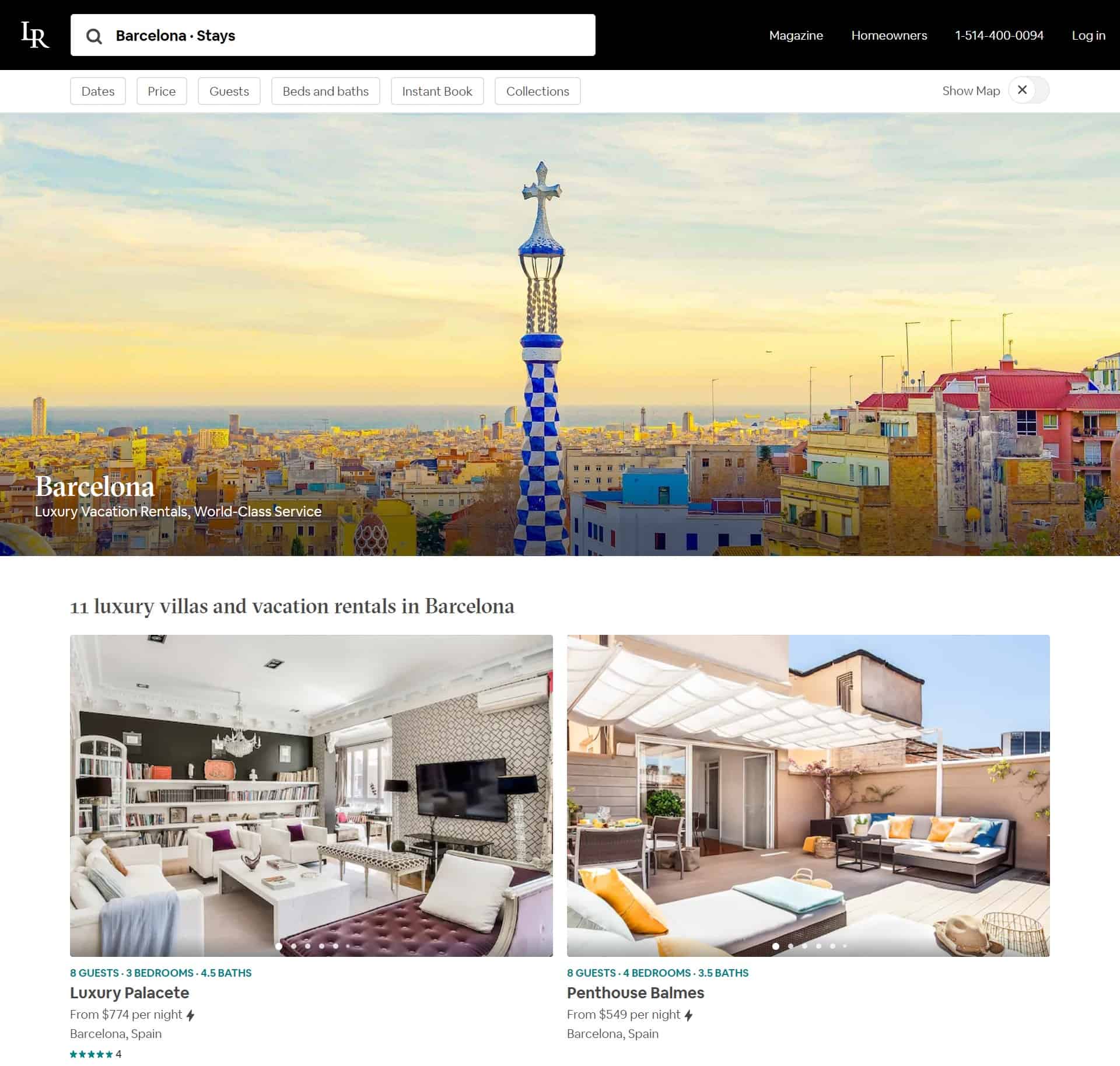 If you’re going to Spain during the busy tourist season (from April to September), you’ll want to book your accommodations well in advance. Whether you’re looking at the nicest villas in Barcelona or the most affordable hostels, plan on booking them at least six months ahead of time. This will ensure you get the spot you want and help you get the best deals.

If you are traveling on a budget, check out hostels as an option: 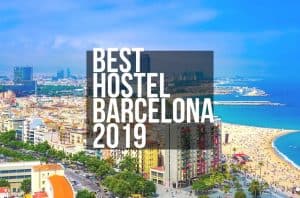 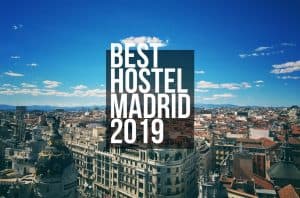 Euros are currently the only acceptable currency in Spain. Plan to have some money converted in advance and be mindful of hefty exchange fees if you use your credit card or an ATM during your trip.

Open Your Mind to Culinary Experiences 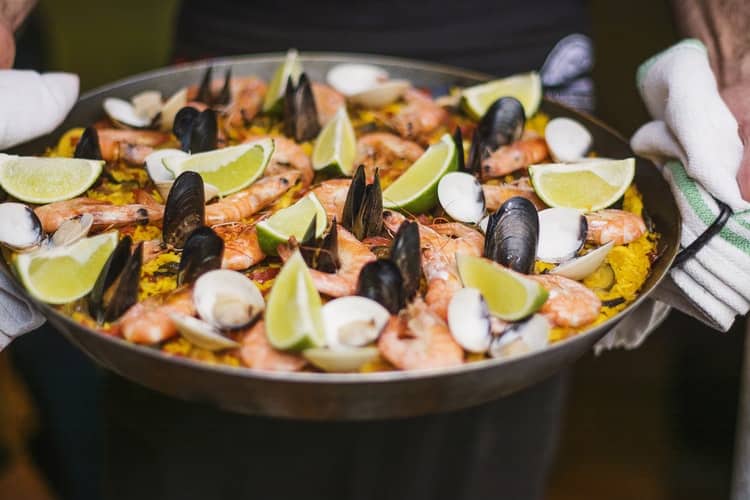 Paella and sangria are the quintessential Spanish food as far as the rest of the world is concerned. However, these Spanish delights are actually from specific regions in Spain and may not be available everywhere.

Fortunately, there are plenty of other regional dishes that are worth trying as you travel around; keep an open mind.

Flamenco is Regional Too

Like paella and sangria, the Flamenco dance is also regional rather than national. While there are plenty of tourist displays in Barcelona, you may not be able to see flamenco dancers everywhere throughout the country.

Going to Spain and discussing politics about their country is viewed as distasteful and arrogant. Keep the light of the discussion and avoid sharing your opinions on how the Spanish government does things.

While some European countries don’t practice tipping, it’s greatly appreciated in the service industry in Spain. It’s important to remember that service is slower and more relaxed in Spain, so don’t forgo tipping based on this cultural difference. 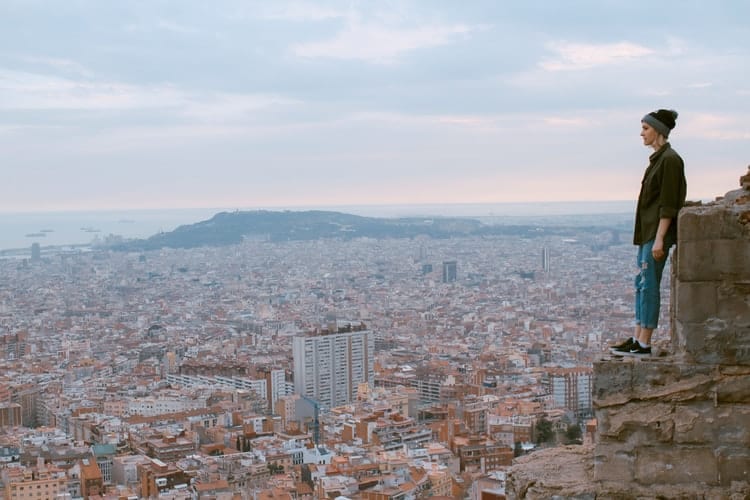 Spain is best enjoyed on your own terms. Rather than hiring a tour guide, download some walking tour apps and go at your own pace. The roads are also relatively easy to navigate with GPS, so taking a self-drive tour through the country is a great way to see things.

Travel to the Islands 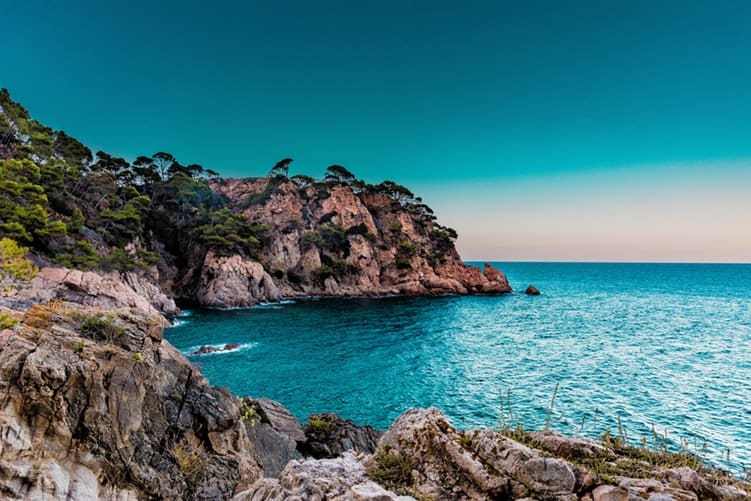 Don’t make the mistake of spending the duration of your trip on the mainland. The Balearic Islands off the coast are stunning and offer a different view of this ancient country.

Ibiza, Mallorca, and Formentera all have amazing beaches and incredible culture. 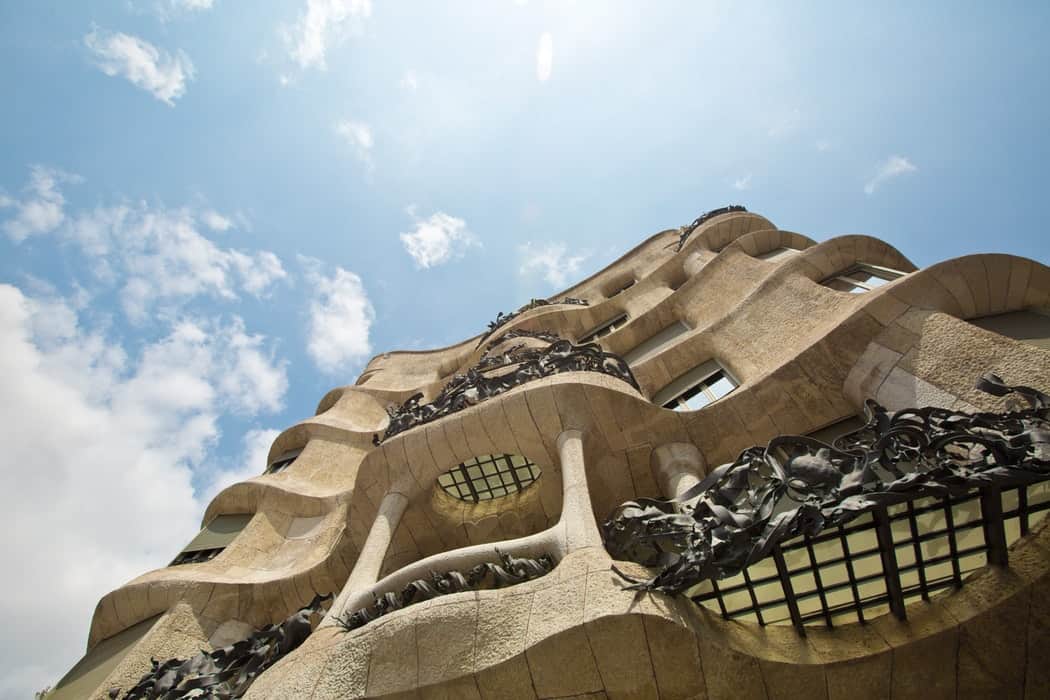 Even if history and architecture isn’t your thing, take some time to explore and learn. You may surprise yourself!

Traveling to Spain can be a lot of fun if you know what to expect. Remember to keep an open mind and go where your adventure takes you.