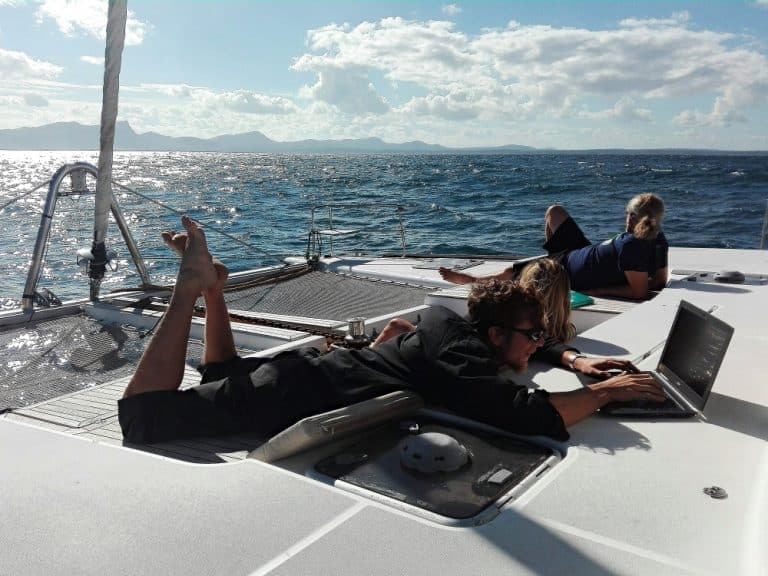 “Most veteran travelers, perpetual travelers and digital nomads will agree that traveling opens the mind. But what do they actually mean? Currently, more and more nomads are questioning the still dominant original, hippie-ish thought paradigms and are speeding up the segregation of the four nomad tribes. In this article, we explore facts and fiction of the traveler mindset and explain why the rainbow tribes are losing some of their best members.”

I remember how many years ago I was playing around with my big lighted globe, a 14 year old whose parents had already taken him on many travels, but always organized and touristy. The boy’s eyes fell over and over again on the large patch of green below the great Gulf of Mexico: South America, more specifically, the upper stretch made up of Columbiana, Venezuela, the North of Brazil and of course the three mini-states Guayana, Suriname and French-Guayana. 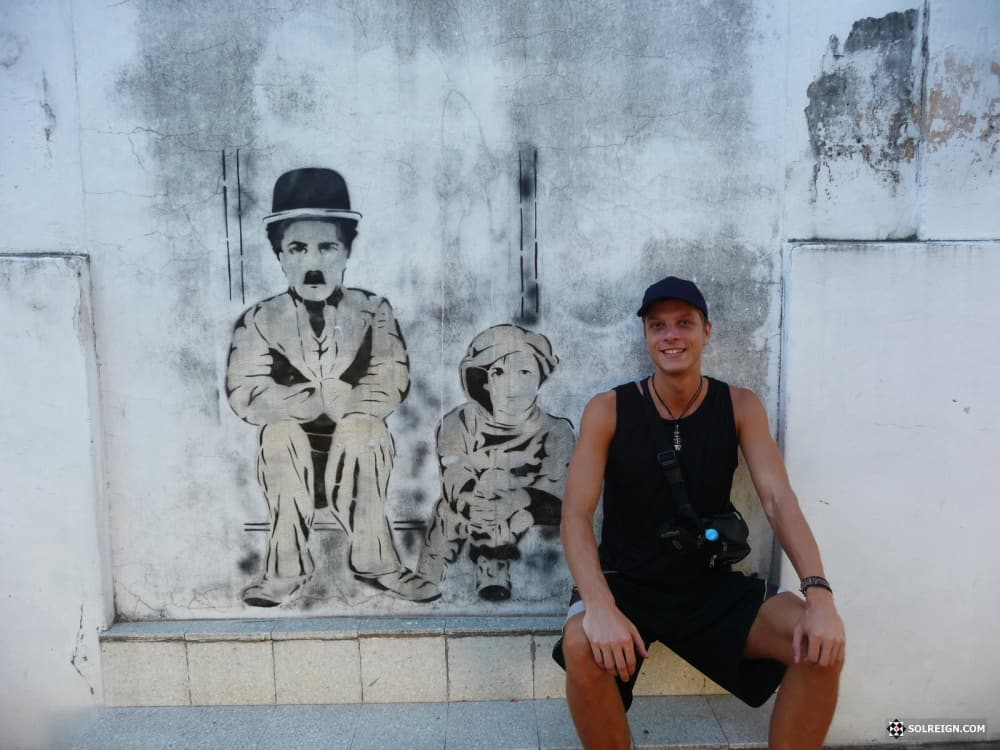 My parents never had us travel in these regions. My mother was afraid of the guerilla, the narcos and street criminals, the paramilitary, the corrupt, bribe-hungry officials, the snakes, diseases and parasitic insects. But me, I just saw the great big patch of green, knew from school that the population density was low and that almost the whole place spoke Spanish (yes, and Portuguese, but that’s in large extent simply drunk Spanish, and yes I speak both languages fluently so I can judge). Later I learned of the Germanic colonies, the great natural wonders and the low cost of living. My resolve to conquer that particular subcontinent grew and grew, at the same rate that my disdain and frustration with my home nation became unbearable, at mere 18 years of age.

Back then, I was a leftist liberal pot smoking member of the youth organization of Germany’s Green party, and I didn’t want to hang out for 60 years working my butt off shuffling resources over to a government that I perceived as repressive and authoritarian. Today, having built my freedom over business plan consulting, I consider myself a conservative libertarian, loosely affiliated to the tiny Anarcho-Capitalist Digital Nomad Tribe and I still smoke pot. Nowadays I don’t want to hang out to work my butt off shuffling resources over to a society that I perceive as socialist and authoritarian. Not much has changed – yet everything has changed.

A few weeks back, nomad tribe leaders jumped on the hype train by the dozens talking about how digital nomads are stuck in a bubble mindset and how destructive and colonialist this attitude is in regard to forming closer bonds to the local population. Apart from the many questions that in my mind instantly arise as to what could have triggered these influencers to so uniformly and self-righteously criticize their followers, I wondered how at the same time they could keep so hypocritically quiet about the many adverse attitudes locals maintain which stand in the way of mutual trust.

Now I have lost upwards of $8,000 worth of tech equipment, money and miscellaneous items due to burglary, robbery, pilfering and snatching in the past six years of travel, had to defend my life at blade’s edge (in full view ignored by local bystanders) and legally and illegally been ripped off in all ways imaginable. I like to talk about it, not because I’m butthurt, but because it’s important to understand how an open mindset can kill you, or kill your spirit, which pretty much amounts to the same thing.

At times it makes me cringe reading Facebook statuses of rainbow tribe nomads which clearly express their lack compromise in any of their views. Rainbow tribe nomads tend to think they are right in the absolute. Many times their end argument remains their uncanny gospel of love, connectedness and unwavering tolerance- but only if they don’t block you before that.

Trying to define an open mindset I think we can all agree on the following aspects:

To sum it all up, the open mindset is the curiosity-driven, optimistic mindset which travelers need to muster the courage to go out there and make the most of their adventures. At the beginning, it’s great to be open for everything. But the further you walk, the more you have to deal with and the more often your trust is abused, the more you will gravitate towards something that I call the street smart mindset.

The open mindset that does not shift eventually, no matter what learnings are put through it, I call the rainbow mindset, and it’s to be regarded a radical ideology with very rigid rules, rather than a mindset. A mindset adapts- an ideology cannot.

Mind you that the most influential nomad leaders will never tire to insist that all losses in traveling incurred are microscopic compared to the gains for your personality. Timelessly famous for example the Safari nomad Fabian Dittrich’s speeches, where he brushes off the theft of a camera committed by a hitchhiker he took in on his trip through Africa. In this speech Dittrich seems almost enthusiastic to find his property removed from him, a form of donation, if you will. I cannot reason with that logic, however I believe that if you so readily want to part with your possessions, maybe you didn’t pack right?

Why Narrow/Closed Mindsets are Costly

For digital nomads and perpetual travelers, being narrow or closed-minded is a luxury at a price most of us cannot afford. Not wanting to mingle with the locals, we are charged premium when purchasing accommodation or commodities needed for everyday living, we have less fun, find less interesting people to hang out with and if we talk our mind, we easily become political martyrs, as I had to experience myself. So wholesomely uncompromising is the rejection by the deciding majority, we can see the mainstream media with their views picture-perfectly reflected. The infestation is real: Everywhere crusaders, unhesitant and merciless.

But actually, living as we do, we have no other choice than to adopt a mindset which is in broader terms neither narrow nor closed. It’s that simple.

Rainbow crusaders however want more than that: They want us to keep down our guard altogether and what’s worse, feel guilty if we don’t. They preach a stance of fearless innocence, accept mainstream views on environmental consciousness / climate change, social sustainability (and they mean radical, cult-like altruism when they say that) and who are the good and bad guys in geopolitics. Their openness ends immediately at the frontiers of what is an acceptable mainstream view. Truly open indeed- open to be herded along, and afraid of sidestepping.

I didn’t come so far, breaking and shaking a million rules along the way, to now bow to half-informed nomad leaders plugging each other unchallenged and unchecked, telling me to make myself vulnerable and weak for exploitation. I am completely dumbfounded at the lack of resistance to the collective onslaught against individual liberty. I’m afraid of the mass spinelessness against political and media influence attempting to guide our movement to its demise– breaking one by one the fingers that should make a fist.

I refuse my destiny to be harnessed in the interest of radicals to my detriment. I will survive them, as I have survived the many close encounters before, using a superior mindset: The street-smart mindset.

Let us take a moment to define the street-smart mindset:

You see where the critical differences to the open mindset are: The street-smart mindset is much more fluid, much less rigid. Most importantly, it is built on business, game theory and economics. That makes it almost scientific. I have always believed that the truer, scientifically explainable thing will always draw over the long run more nourishment than the more engineered, artificial thing, and so thrive. The rainbow ideology is in large extent a plastic ideology, forged from wishful perceptions that hold no living root in reality. Therefore, it will fade- and, tragically perhaps but logically, its foster parents, who artificially gave it life, will disappear with it.

My goal with this article is to warn freshman nomads from the danger of lending ears and resources to the tribe leaders that are actively working against your vital interests. Why they’d be so easily turned is their secret alone. But all that will come of believing them indiscriminately is the twisting of truth, the hampering of our growth and death/damage to the unluckiest ones who in consequence of listening to mass-proclaimed Gurus begin thinking Earth is one great big school of love. They’re setting them up to prepare for the wrong exam. And when the time comes, they will fail, even as they could have succeeded. The crime is not theirs, yet they will be the ones to pay.

Joe Goerbert has been traveling extensively in South America and other places since 2010 and is a business plan consultant and digital marketer. After several run-ins with highly influential leftist-liberal nomads over political discussions who ended up directing arbitrary business sanctions against him in an attempt of censorship, he found a new political home and was able to revive his operations. Lessons were learnt, but he still has a hard time keeping quiet, and will now and then – with calmness – pipe up when he thinks it appropriate. 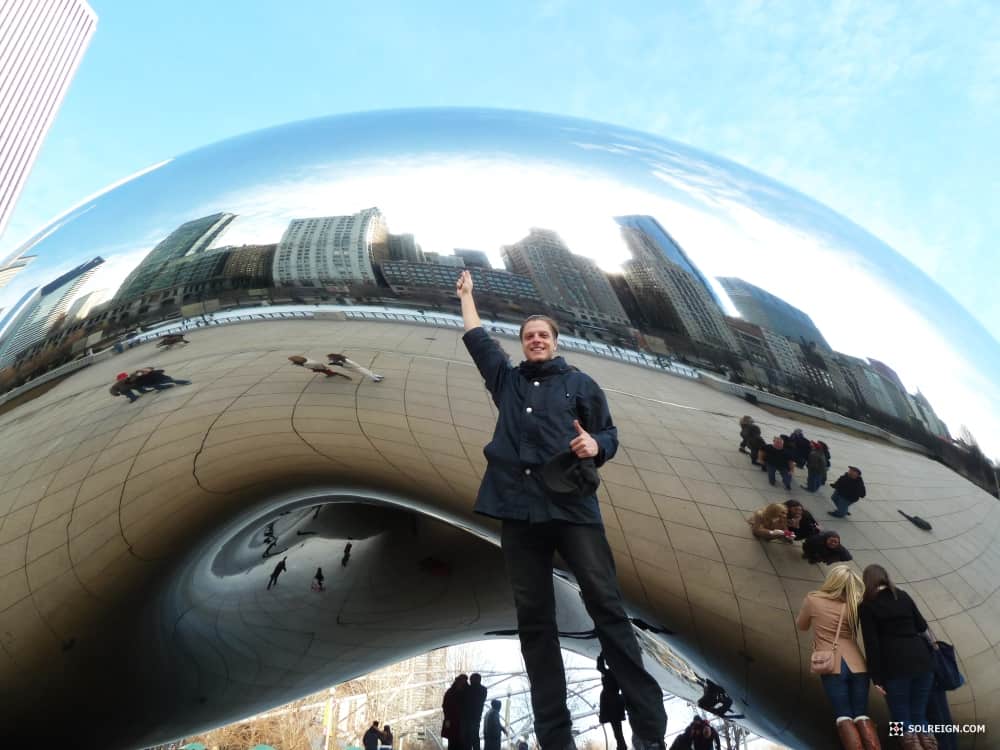