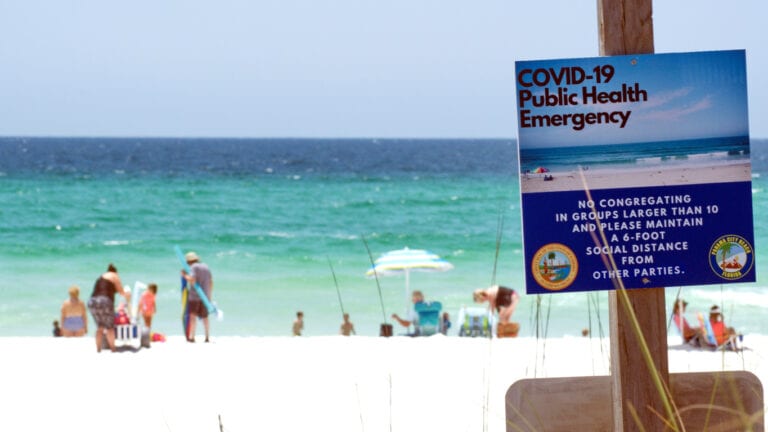 Most winters, people flock to Florida to enjoy its warm weather, sandy beaches and amusement parks. However, this year, tourists are traveling to the Sunshine State to take advantage of its liberal COVID-19 vaccination plan.

Florida was one of the first states to offer coronavirus vaccines to adults aged 65 and older. Its program, which began on Dec. 23, is intended for people living in the state.

However, the government does not currently require vaccine-seekers to provide proof of residency before getting a shot. This loophole is reportedly attracting “vaccine tourists” from other states and countries.

For example, the Wall Street Journal reported that a 66-year-old Buenos Aires woman received the vaccine while she was visiting family in Miami. An official vaccination site in Tampa gave her the shot after she showed them her Argentine passport as identification and provided proof of travel insurance.

According to the Washington Post, two New Jersey real estate moguls were also able to obtain vaccines for themselves and others by exploiting their connections with a Palm Beach retirement home.

However, during a Jan. 12 press conference, Florida Gov. Ron DeSantis downplayed the reports of vaccine tourism, claiming that most visitors who received shots were part-time residents.

“If they have a residence and they’re not just kind of flying by night for a week or two, I’m totally fine with that,” DeSantis said. “That’s a little bit different than somebody that’s just doing tourism and trying to come here.”

Some media reports back up the governor’s assertions. According to WPEC-TV, many Canadian “snowbirds,” which are people from colder locations who fly to Florida for the winter, intended to cancel their trips this year because of COVID-19. However, some of them are now going through with their travel plans after learning about the state’s vaccination program.

The Times Union reported that a “snowbird” couple from Bethlehem, New York, flew to Florida to get their first vaccination shot and then returned home. When they jet back to the state for their second shot, they intend to stay for the rest of the winter.

As of Jan. 15, around 3.2% of people in the U.S. have received at least one dose of a COVID-19 vaccine, according to the Centers for Disease Control and Prevention.