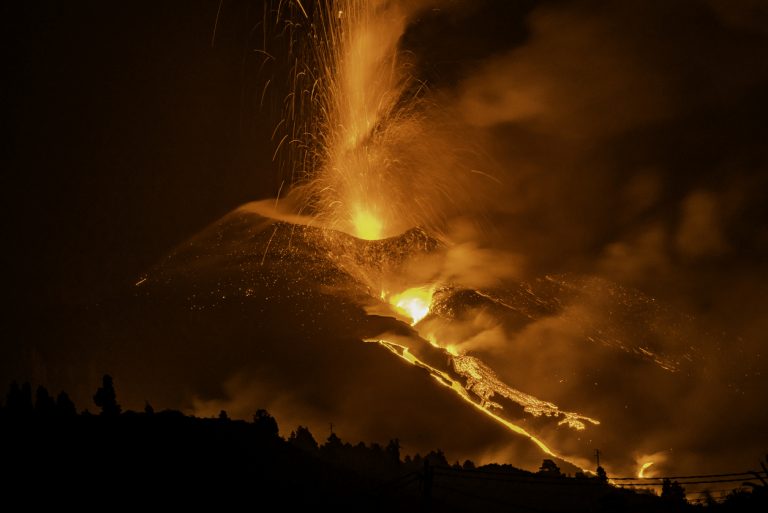 Tourists from all over the world are booking getaway weekends to witness this once-in-a-lifetime event firsthand.

Tour operators’ phones are ringing nonstop, and the streets and restaurants of La Palma are packed with some type of tourists never seen before.

The volcano first erupted on Sept. 19 and as of today, it hasn’t stopped. The event has sparked such a tourism boom that for the very first time since the pandemic hotels are putting up “no vacancy” signs.

A similar thing is happening with airlines and ferries traveling to the island.

All flights and ferry tickets appear to be reserved for the next few days, especially those departing from Puerto de Los Cristianos in Tenerife, which is another Canary Island.

Locals are trying to make the most of this unexpected event by offering day and night tours.

Isla Bonita Tours and Getholiday were the first tour companies to offer excursions to the volcano’s area, but now a slew of other tour companies have joined them.

So many tourists are interested in visiting “Cumbre Vieja” the area of volcanic activity that they have had to wait in line.

Last week, the Head of Tourism on the island of La Palma, Raul Camacho, said they are still welcoming visitors.

“[La Palma] is a safe island where there is life, where students go to school, where the baker keeps delivering bread every day,” he said.

According to Camacho, only about 10 percent of the island has been impacted by the eruption.

“Life is normal in the rest of the island,” he said.

Just that it is not that normal. Over 8,000 residents of La Palma have been forced to from their homes, and over a thousand houses have been destroyed.

Local farmers and workers have also been affected by the volcano, as the lava has ruined irrigation systems, roadways, and water pipes.

Tourists should not lose sight of the fact that this is also a tragedy. The police are overwhelmed in their efforts to protect nearly 8,000 evacuated homes and buildings from looters.

So when on the island, not trespassing residential areas and respecting locals’ properties would be of great help since a number of situations like this are starting to fed-up residents, according to news reports.