Is It Safe To Travel To EGYPT Now? (November 2022 Update) 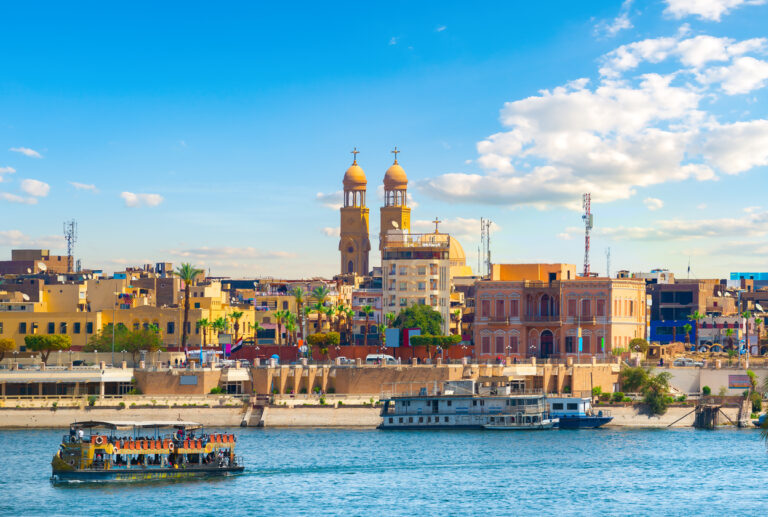 Egypt is a place every traveler must visit at least once in a lifetime. But should you travel to this ancient country right now during the pandemic?

Like the rest of the world, Egypt has also been hit by the coronavirus crisis. It has implemented numerous emergency decrees to prevent the spread of COVID-19. Although the situation there is now relatively under control, local restrictions can still affect both businesses and tourists alike.

Below, you will find the latest information regarding COVID-19 and whether or not it is safe to visit Egypt this autumn.

Egypt is a fairly safe country to travel to if you are on your guard and observe local cultural customs. Although the crime rate in Egypt is low, beware of pickpockets and scammers.

However, if you are visiting tourist destinations, especially religious sites, consider the risk. Attacks on tourist sites do occur, but if you check local news sources about the threat situation, avoid large crowds, watch out for religious or public festivals that could trigger demonstrations or riots, and choose to travel in a small group, you can protect yourself in such situations.

November 10 – Egypt is blocking human rights websites at its Cop27

The conference’s internet connection prevents access to the worldwide rights organization Human Rights Watch (HRW) as well as other major news websites required for information during the discussions.

HRW and Amnesty International will co-host a panel discussion at Cop27, and both websites will be available over the conference wifi. The blogging platform Medium, Egypt’s lone independent news organization, Mada Masr, and the Qatari news station Al Jazeera are all on the list of prohibited websites.

Observers and conference participants are concerned that Egypt will succeed in regulating what participants in the isolated resort of Sharm el-Sheikh can see about Egypt’s decades-long crackdown on human rights, limiting their comprehension of the country where the talks are taking place.

Some well-known campaigners claim that the choice to hold the COP27 climate summit in a heavily guarded resort in Egypt next month, together with access restrictions, is limiting the involvement of civil society in the gathering.

The first annual U.N. climate conference to be held following the relaxation of COVID-19 restrictions is taking place from November 6–18 in Sharm el-Sheikh. Campaigners view it as an important forum for sounding the climate change alarm and putting pressure on governments to take action.

However, they contend that in Egypt, where activists have difficulty operating legally due to a widespread crackdown on political dissent, it will be more difficult to express their concerns through rallies and protests than they have in previous host countries or cities. In Egypt, public demonstrations are essentially banned.

October 4 – Egypt’s parliament has approved a six-month extension of security measures in Sinai.

On Saturday, Egypt’s House of Representatives officially authorized a six-month extension of the president’s proclamation imposing security restrictions in certain areas of the Sinai Peninsula.

He stated that the House of Representatives supports all actions made by the Armed Forces under the leadership of President Abdel-Fattah El-Sisi.

Terrorist assaults in North Sinai have decreased in recent years as a result of major security and military operations.

The U.S. government has issued a travel warning recommending travelers “reconsider travel to Egypt due to terrorism.” According to the statement, visitors should   “exercise increased caution in Egypt due to the Embassy’s limited ability to assist dual national U.S.-Egyptian citizens who are arrested or detained.”

The embassy does not recommend travel to:

According to the advisory, terrorists may attack diplomatic buildings, tourist destinations, transit hubs, markets, and retail malls, western companies, restaurants, resorts, and local government buildings. Such attacks may occur with little or no notice.

All travelers to Egypt must present a vaccination certificate or a negative PCR, Antigen Rapid Test, or ID NOW test result for COVID-19 with Quick Response (QR) code, taken at a maximum of 72 hours prior to their trips to the country.

Why visit Egypt in pandemic times

There is only one major entry restriction in Egypt – to test negative or present a vaccination certificate. Then, you are all set to go. Visit the breathtaking Pyramids at Giza, the temples of Luxor, coffee places around Cairo, or just relax by a pool in a hotel resort. Egypt is also well-known for some of the finest diving spots in the world.

Besides, you might experience fewer crowds than usual. So why not go this summer? Don’t forget to take regular precautions and follow the latest COVID-related information to stay safe during your travels.

Egypt has been working 24/7 to prepare for the 27th UN Climate Change Conference, which will be attended by representatives of lots of different nations, hundreds of environmental and other non-governmental organizations, and thousands of people.

The country is working on a far-reaching and comprehensive plan to protect the health of the thousands of people expected to attend COP27, which will be held Nov. 6-18 in the Red Sea city of Sharm El-Sheikh in South Sinai.

According to Minister of Health and Population Khaled Abdel-Ghaffar, the plan includes the operation of fixed and mobile clinics in quarantine facilities at airports, hotels that will host visiting delegations, and conference halls.

August 31 – Extrajudicial executions on the rise in North Sinai

“Army-affiliated militias in Egypt’s North Sinai have been circulating videos apparently to brag about executing shackled men in captivity,” said Adam Coogle, deputy Middle East and North Africa director at Human Rights Watch. “The pervasive lack of accountability for largely lawless military operations in North Sinai over the past decade have fostered such atrocities.”

As of Wednesday, September 22, Egypt will be removed from the U.K.’s coronavirus ‘red list.’ It means that travelers arriving from Egypt to the U.K. will no longer have to undergo a 10-day hotel quarantine at their own expenses.

The announcement was made on the British government’s online guide to its COVID-19 travel regulations on Friday, September 17. As Egypt moves to the less strict ‘amber list,’ passengers arriving from there will have to take a PCR test three days before their trip. Also, they must undergo further testing after arrival.

Travelers who are not vaccinated will have to complete a 10-day home quarantine and test on days 2 and 8 after entering the country.