South Africa is a country which hosts a plethora of music festivals ranging from genre to genre. Be it House music, World and even alternative music. Sometimes a festival will adhere to hosting different genres to cater to different crowds at once. Others are very genre or at least theme based. When in South Africa you get to choose the one YOU like, no matter the genre.

Music is very much like water. It is part and parcel of our daily lives, whether we like it or not.  Just like water flows everywhere in the world and is somewhat different from place to place, music is present and varies from place to place. Music festivals are one of the greatest ways to test uncharted waters. So go and explore in the name of fun and happiness, I dare you.

Just like water, music heals as well. Even the loneliest of hearts can be cured by simply listening to the right kind of music, at the right time and place. It also stimulates dopamine – a neurotransmitter which sends reward-motivated behavior signals to your brain. When you are stressed out and cannot bring yourself to think straight – reward yourself for working hard with good sounding music. It might just inspire more greatness!

Be it a day of jazz in the sun, a Balkan party in a forest or a night of Electronica in some concrete jungle, South Africa caters for it all!!  Want to get your musical thirst quenched or your heart soothed in the most southern tip of Africa? Here are some of the best music festivals the country has to offer. There are so many that we will only list the top 7 and in alphabetical order. Enjoy!! 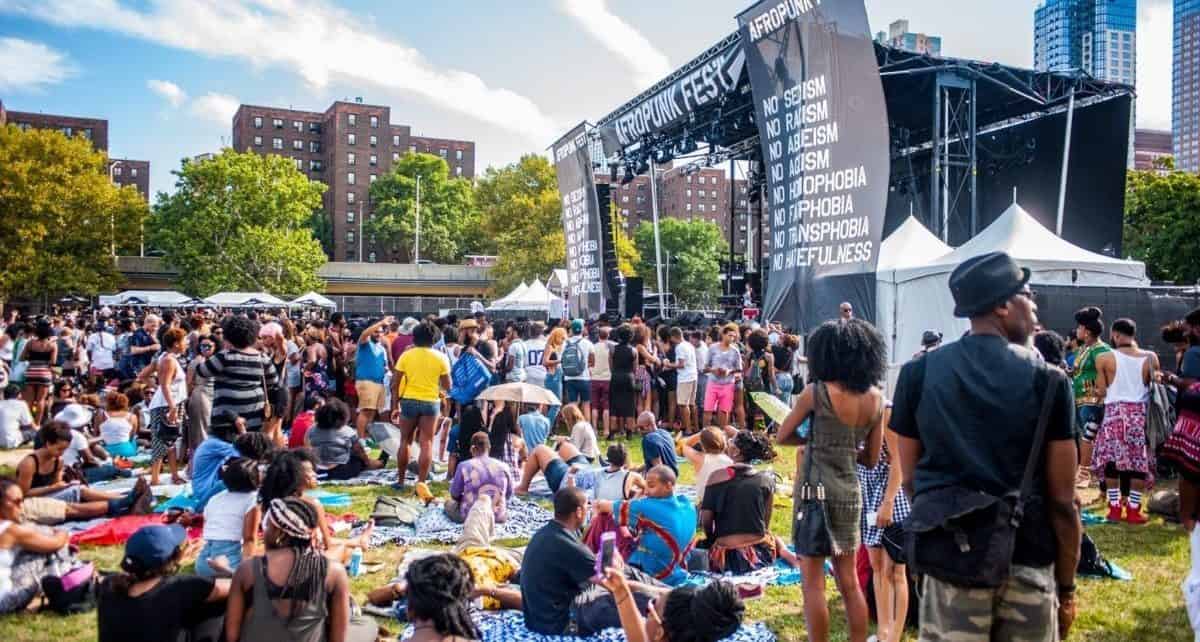 Afropunk is an alternative music festival which takes place in five different cities over three continents. The United State of America, as the originator of the festival naturally, hosts the event in New York where it was founded and in Atlanta. In Europe, you can catch the festival in London and in Paris.

Johannesburg is the first and only African city to host this international party thus far. Having started in 2017/18, it happens over new years’ and the next Afropunk festival to be hosted in Jozi Maboneng will be it’s third.

So if you are more into music that generally hardly ever receives airplay on radio stations and you happen to be in the country over the next New Year’s, then you must do yourself the honour and check out Afropunk in Jozi!!

Sponsored by MTN (a continental cell phone company), this festival happens in Swaziland typically over three days. As much as it has a very Swazi feel, with all arts and crafts and stalls being local, the line-up is always more international.

In order to cater to all its masses, the organizers have put together four stages, namely; the Amphitheatre, the Barn, the Firefly and the Main Stage. You can either stick to the genre that best suits your music taste buds, or sage hop through performances. Either way, check it out when in the south of Africa next time and willing to get your groove on!

If you are a solo traveler don’t worry about meeting people turning into a thing; rather visit Once in Joburg. A hotel and hostel that helps travelers attend festivals and events in Southern Africa.

The year that everyone thought the world would be coming to an end is the same year this festival was founded. It seems to be going against the grain was the best thing the organizers could have done for themselves. Twenty years later, the event is considered to be the biggest international festivals in sub Saharan Africa!

The Cape Town International Jazz Festival happens in three days, with the first day dedicated to giving the masses a free show. Every year it fills up all its five stages and is believed to host up 37000 people!!

So far it’s known to take place within the first half of the year. So if you missed it this year and are looking to catch the next; join the CTIJF for its 21 years of existence in 2020 and celebrate it reaching adulthood ;)!!

If you missed the first half of the fun festivities in South Africa don’t worry! Rocking The Daisies has you covered as they will only be blessing masses with music, art, and activities in October. Because there is no way you can have flowers in your title and not embrace the spring season!!

Situated on the Cloof Wine Estate, it’s no wonder that there is a lake conveniently located within the venue. A great refreshing addition to a very hot Spring festival! And whilst cooling off to the heat of the day or enjoying nocturnal feels, you can also rest your eyes on the art sculptures which often embody the theme of the party!! 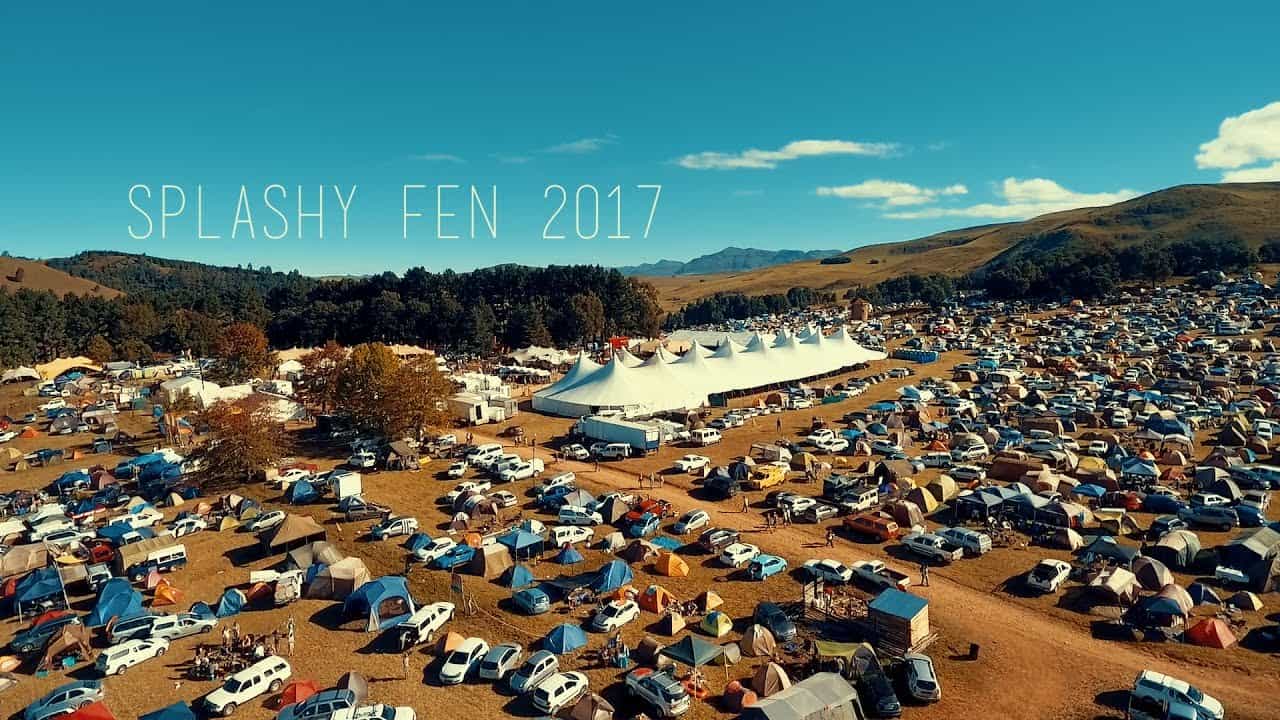 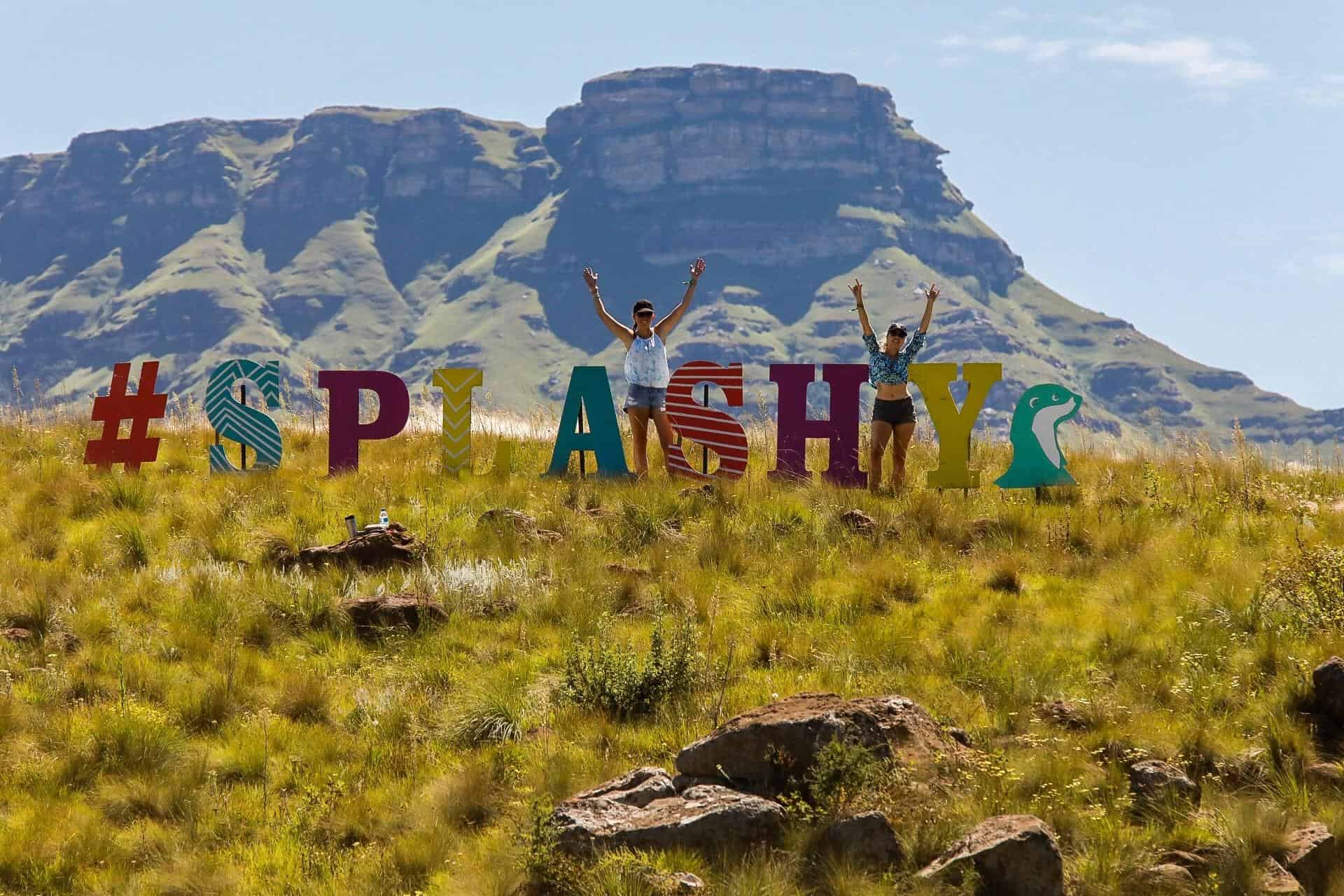 This year 2019 marks the 30th edition of Splashy Fen and took place between the 18th – 22nd of April. Don’t fret if you missed, it will be back next year! All you have to do to secure a ticket is visit their website frequently enough to catch the next dates or join their newsletter as they have not been released yet.

Dubbed as the friendliest festival of them all in the country, it only makes sense that it is the biggest and longest-running festival in South Africa.

With a location like the Drakensberg, there is one way of receiving the music and art on offer and that to bask in it all and celebrate with the people around you!!

And for the sake of saving some money in these times, the festival offers camping on site!

The Grahamstown Festival is held for 11 days and is the biggest festival in all of South Africa. It celebrates most art forms known to man; from music to sculptures and drama. Any lover of art would feel at home at this event.

Established in 1820, it obviously has a very rich history. So rich, that the festival is known to pull in numbers up to 200 000 of attendees from all over the world, every year.

With contributions estimated at $27,15m it’s no wonder that the communities of Makhanda and the Eastern Cape thrive every time the event is hosted.

Situated in the more arid parts of South Africa, this festival is the furthest thing from being void of entertainment and inspiration through the arts. Nor is it lacking in freshness because every year, new artists are sourced locally and nationally. And every year, awards are handed over to the best “newcomer” in all genres.

This year the festival which takes place on an Ostrich farm every year marked its 25th birthday since its inception this year! It is probably important to note that the festival is an Afrikaans festival meaning the main, if not only, language used in all art forms will be Afrikaans.

In all of Africa, South Africa is considered the number one festival venue to different types of festivals. When it comes to music, the country has vast genres to choose from. Whether you are looking for a uniquely South African sound or would like to find out how international live music is received in these parts of the world, you will not be disappointed at the options presented to you.

No matter what the season, the city or the vibe; South Africa will have you dancing, shining and smiling! With these top Music festivals and so many more outdoor parties that are held in superb and spectacular venues across the expanse of what is the beauty of South Africa, there is really a plethora of choice – so much so, that one would really need to buckle down and decide which genre truly tickles one’s’ fancy.

So, check it out for some quality fun, thirst-quenching and soul rejuvenating awesomeness!! Because, if there’s one thing a South African can do better than the rest, it is to lay back and enjoy the good times, each and every time!