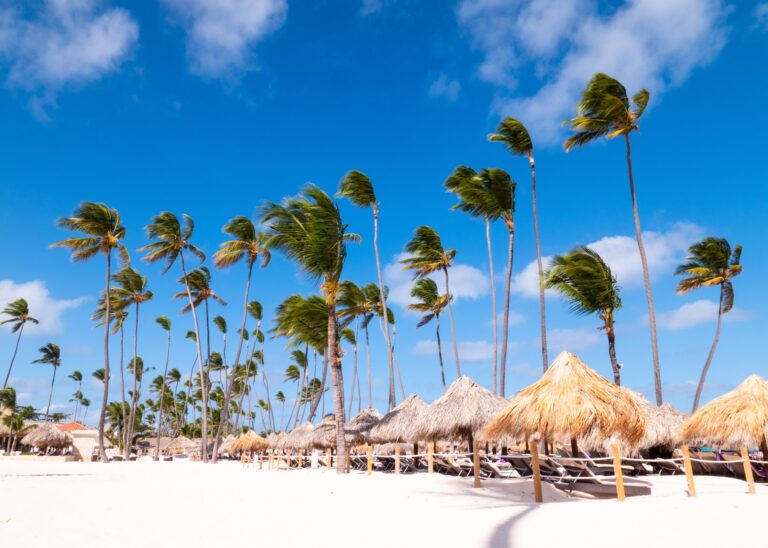 According to the latest Global Peace Index update, Costa Rica is considered the safest country in Latin America. It’s also the most peaceful country in Central America with a low violent crime rate and high political stability.

Costa Rica is the only country in the world that has no army.

The country has seen an upsurge in crimes, brawls, and other criminal actions by groups of Venezuelan migrants, according to the Municipal Police of San José (PMSJ).

Due to the United States’ decision to restrict the entry of Venezuelan migrants in October, authorities claim that crimes are being committed more frequently by Venezuelans who have chosen to live permanently in the country.

“We have seen an increase in violent acts and crimes committed by people of Venezuelan nationality. In the specific case of San José, we have also noticed an increase in Venezuelan informal workers, who have already gathered in some streets in the city center”, explained Marcelo Solano, director of the municipal police.

October 27 – 65.5% of Costa Ricans consider that Costa Rica is not very safe or not at all safe

Despite its high worldwide reputation, 65.5% of Costa Ricans believe the country is not very safe or at all safe. At the same time, women are more likely than males to be victims of crime, including sexual assault, according to a study released Thursday by the Programa de las Naciones Unidas para el Desarrollo (PNUD) and the School of Statistics (EEs) of the University of Costa Rica (UCR).

According to the experts, the building of a successful, free, and equal society would be impossible under this perception.

In fact, the high crime perception in the country could also be explained by the economic difficulties.

“It is not possible to build a prosperous, free and egalitarian society under the threat of violence and dispossession. Feeling free from fear supposes guarantees for the protection of our integrity and properties, within the framework of social coexistence,” said José Vicente Troya Rodríguez, UNDP Resident Representative.

Safety measures to keep in mind:

Why travel to Costa Rica during COVID-19?

First and foremost, Costa Rica has virtually 0 entry restrictions for vaccinated visitors. No test, no quarantine, no extra expenses, no hassle.

If that is not enough, here you have 3 excellent reasons to pack your bags.

This Caribbean coast is popular among young people and backpackers because of its great beaches, surfing, and party atmosphere. In the town, nearby visitors will find some fun activities going on every day.

When in town, you must pay a visit to the jaguar rescue center where local wildlife is rehabilitated and released back into the wild.

Tortuguero is Spanish for “a lot of turtles.” With more than 77,000 acres, this Amazon rainforest-like is home to rivers, jungles, and “a lot of turtles” coming to nest along the shoreline.

Costa Rica is known for its amazing national parks, where tourists can enjoy some thrilling activities like river rafting, canyoning, cave tubing, and wildlife spotting.

This one in particular is the right fit for adventurous people. It features 13 major ecosystems including a rainforest, highland cloud forest, swamps, and beaches.

Travelers to Costa Rica are not required to show proof of vaccination status or proof of a medical insurance policy to cover COVID-19 related illness.

This year, the Global Peace Index (GPI) rated 163 autonomous nations and territories on their “level of peacefulness.” To measure peace, the study uses 23 qualitative and quantitative indicators from “well-regarded sources” and considers three major “domains.”

Only four of the 33 countries in Latin America and the Caribbean – Chile, Uruguay, Panama and Costa Rica – scored at least “light green.” With an overall safety index of 1.732, up 0.017 points from last year’s index, Costa Rica is now considered the safest travel destination in the group. (Source.)

Costa Rica, gearing up to attract adventurous American and Canadian travelers to this safe destination

The Costa Rican Tourism Institute (ICT) is working to promote Costa Rica as an adventure tourism destination for American and Canadian tourists.

The ICT estimates that Canada is the second most significant North American market for Costa Rica, while adventure tourism is the third most popular reason to visit the country. For this reason, the promotion and attraction of this tourist profile is of great importance to the institution.

“Canada is the second country that generates more tourists to Costa Rica after the United States. In 2019, it contributed to the arrival of 234,621 tourists and in the first three months of this year the arrival of 61,349 Canadians by air was reported,” said Ireth Rodríguez, head of ICT promotion.

The beaches of Manuel Antonio in Costa Rica are a gay paradise. It is a major LGBTQ destination on the Pacific coast in the province of Puntarenas, known worldwide for its national park, unique flora and fauna, magnificent beaches, and hotels with the best ratings in the world. It is a place where LGBTQ tourists can find freedom, acceptance and joy, which is not always offered to the queer residents of Costa Rica.

The increase of gentrification has displaced natives, caused social-environmental change, and exacerbated inequality, affecting Costa Rica’s most vulnerable communities, such as Black, Indigenous, and gay people.

Even if there is no solution in sight yet, it is important that communities and local governments start to become aware of the problem and look for common solutions.

Members of the LGTBIQ+ Community are about to travel more safely when visiting Costa Rica as the country will punish “hate crimes” with prison sentences ranging from 20 to 35 years. This is according to a law passed Monday and welcomed by civil rights groups.

The law will put on trial anyone who “injures, attacks or kills on the grounds of race, age, religion, nationality, political opinion, disability or sexual orientation.”

“This was a necessity in this country. The law assures those of us who are different are also equal before the law,” said Enrique Joseph, commissioner of the Afro-descendant population.

Travelers entering Costa Rica no longer need to fill out an online health passport or show proof of vaccination as of April 1.

Travelers also don’t have to provide proof of health insurance to cover Covid-19-related expenses like hospitalization and quarantine.

Travelers who wish to extend their stay beyond the date specified by immigration authorities must contact the Directorate General of Migration. For more information click here.

On Wednesday, January 13, Costa Rica reported 4,170 cases of COVID-19, which is now the highest number of new daily infections there of the entire pandemic.

COVID-19 hospitalizations also rose in Costa Rica. On Wednesday, 242 patients were hospitalized because of the virus, of which 55 were in Intensive Care Units.

Last week, the Costa Rica Ministry of Health reported a slight increase (1.8%) in COVID-19 cases compared to the previous week.

On the other hand, during the same period of time, the number of hospitalizations decreased by 15.2%, while fatalities dropped by 61%.

Another good news is that by December 25, there have been only four cases of the new Omicron variant reported. None of them are related and have not required hospitalization.

While Costa Rica allows unvaccinated visitors, they will not be able to enter most local establishments from the beginning of next year. The mandate will affect most tourist attractions, including hotels, restaurants, museums, or bars, and should come into effect on January 8, 2022.

Children under 12 will not have to present proof of vaccination. Travelers who can prove they have a medical condition that doesn’t allow them to get vaccinated against COVID-19 will also be exempt from the rule.

Costa Rica still plans to welcome unvaccinated visitors next year. However, they might have to think twice before they go as hotels will not be able to host them.

Yesterday, on October 11, Costa Rica was removed from the U.K. travel red list, along with 46 other countries.

Eligible vaccinated travelers arriving in the U.K. from Costa Rica are not required to quarantine anymore at their own expense. They only need to test after arrival.

However, as the Costa Rican vaccination program lacks proof of vaccination for travel to the U.K., those who have received their shots in Costa Rica must test before departure, on days 2 and 8, and complete a 10-day home quarantine.

The decision should help restore tourism between the two countries, as well as an early return of British Airways and Tui airlines before the start of the high season, added Gustavo Segura, Costa Rica’s Tourism Minister. The whole process should also help Costa Rica get back on the European market.

Costa Rica suffered its second-highest total of COVID-19 cases in a single week between August 29 and September 4, announced the Health Ministry.

During that period, the country registered 16,601 new coronavirus cases. That is, on average, 2,371 new infections daily. At its highest point in early May 2021, there were 18,021 cases reported in a week.

In the last four weeks, Costa Rica also saw an increase in deaths and hospital admissions. Between August 29 and September 4, 136 patients died of COVID-19 in Costa Rica. Before, there were 89, 105, and 127 fatalities reported each week, respectively. Hospital admissions continue to increase by 15% week by week.

Based on the estimates of the Costa Rican Social Security Fund, the situation will most likely not improve any time soon. We can expect to see up to 3,500 new cases a day by the end of September. 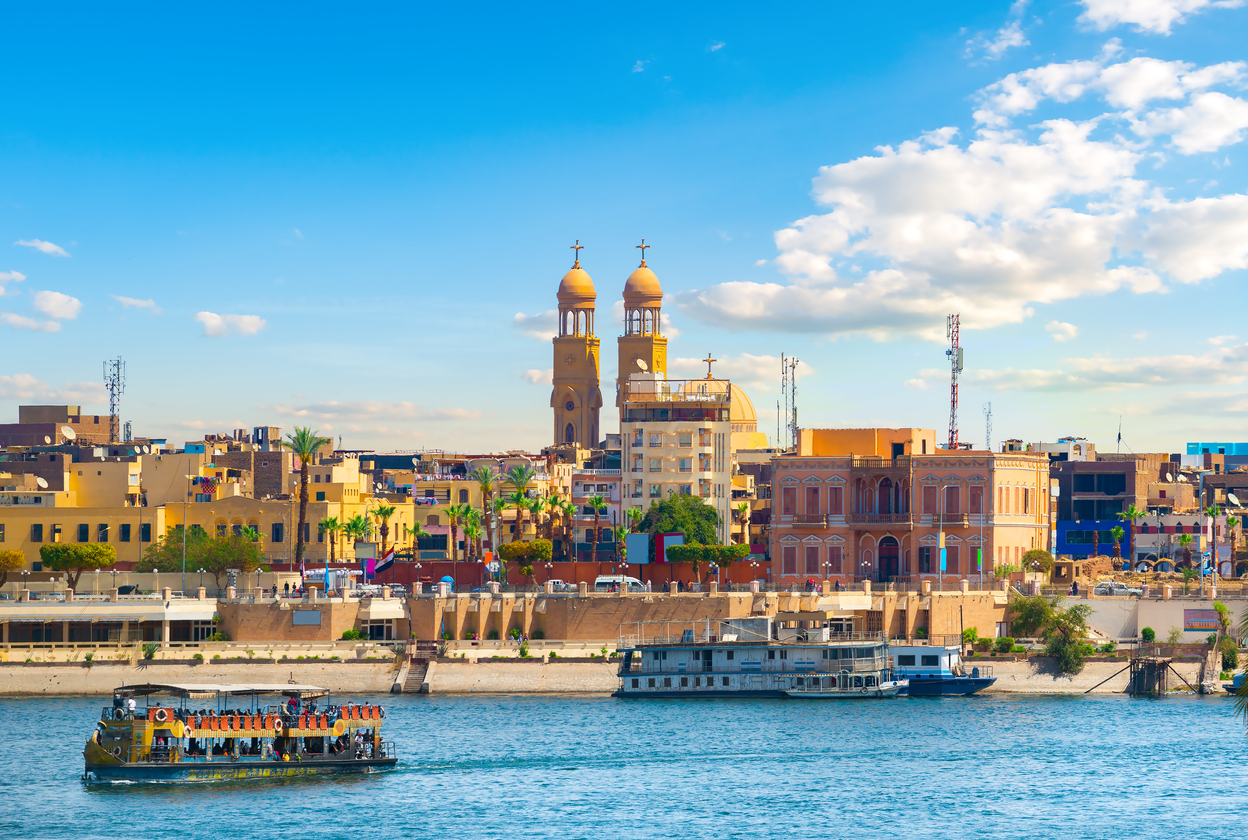