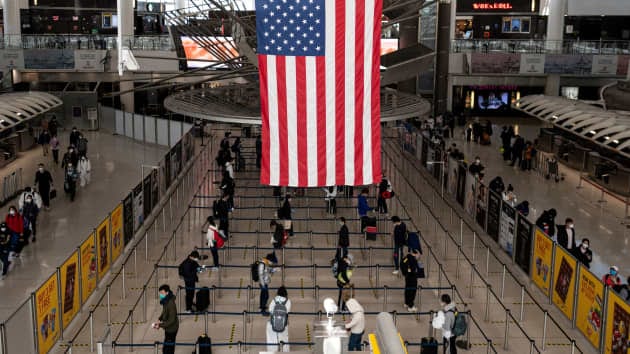 Last Monday, the Transportation Security Administration (TSA) released the final numbers of passengers screened at American airports. As expected, the figures were low.

Between January 1 and December 31, 2020, around 324 million passengers were reported at airport security checkpoints. Compared to 824 million travelers from the year before, the numbers went down by 61%.

The TSA recorded the lowest number on April 14. Only about 87,500 passengers traveled on that day nationwide. They represent barely 4% of travelers from the same date in 2019.

In Contrast, the winter holiday period was busy. From Thanksgiving to New Year’s Eve, passenger levels increased between 24% and 61% percent in 2020.

Since the beginning of the pandemic, the busiest day was Sunday, January 3, 2021, when the TSA screened 1,327,289 people at airport checkpoints.

A high standard was set for 2021, and the TSA hopes that the daily travel volumes will continue to rise. However, they do not expect numbers to reach the pre-pandemic levels throughout most of the year.

In early December, weekly COVID-19-associated hospitalization rates reached their highest point since the beginning of the crisis. Though the situation in the U.S. is under control, the numbers remain high.

More than 2.7 million new cases have been reported in the last 14 days (from the total of 20,863,132 cases in the U.S.) despite CDC’s warnings and recommendations to stay at home and avoid gatherings during the holiday season.

Travel is still not recommended, but the TSA is trying hard to make flying safer for both employees and passengers. They have introduced a pilot biometric recognition software at Ronald Reagan Washington National Airport (DCA) to minimize interaction between employees and travelers, as well as antimicrobial trays on various airports.

The TSA has also requested the local departments and airports to have their employees granted access to the vaccine at the earliest convenience. Since the COVID-19 outbreak, more than 4,000 TSA assistants have been infected with the virus.