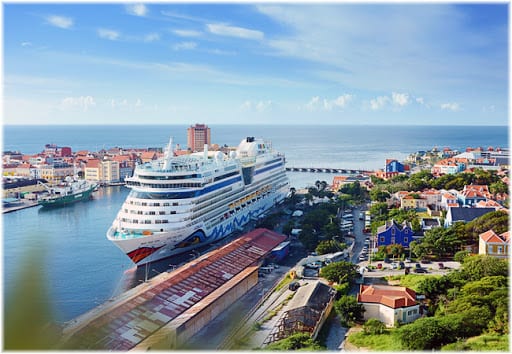 AIDA Cruise Lines, a German company that has been cruising many of the world’s waters since the 1960s, is now looking to resume doing so on March 20, in the Canary Islands. This region is, according to AIDA, a popular “fly and cruise” vacation option for Germans.

This is a further delay of the company’s originally planned resumption date of March 6, which resulted from the German government extending a nationwide lockdown until March 7.

As a result of those lost two weeks, AIDA has begun offering rebooking options to affected passengers.

The company is also offering the “AIDA promise” for all future trips, providing travelers with increased levels of flexibility so that unexpected schedule alterations in the future will not cause undue hardship.

Included are features such as complimentary rebooking, which are being made available for all bookings through March 31 that correlate with departures occurring between now and Oct. 31.

Additionally, any further cancellations would result in travelers being informed “immediately.”

AIDAperla, a ship that has been in operation since 2017, will carry the cruise line’s initial 2021 passengers around the Spanish archipelago that is 62 miles west of the African mainland.

Meanwhile, other cruise lines have already been able to get up and running and are currently operating. Included are some that are also already taking passengers around the Canary Islands, including Hapag-Lloyd Cruises and TUI Cruises.

Prior to the reopening of this industry, it had been hit hard by the COVID-19 pandemic. For example, some of the places where the virus spread the fastest were on ships such as the Diamond Princess, and that both kept ships from taking on more passengers for safety-related reasons and dissuaded prospective passengers from booking future trips, even once the ships have been made much safer.

Also, several ships have since been dismantled for scrap metal. One city that is home to many of these dismantling procedures is Aliaga, Turkey.

There, around 2,500 workers take about six months to strip floors, windows, railings and walls from the vessels and ultimately complete the dismantling job.