World’s Busiest Airline Routes in 2021, Not What You Would Expect 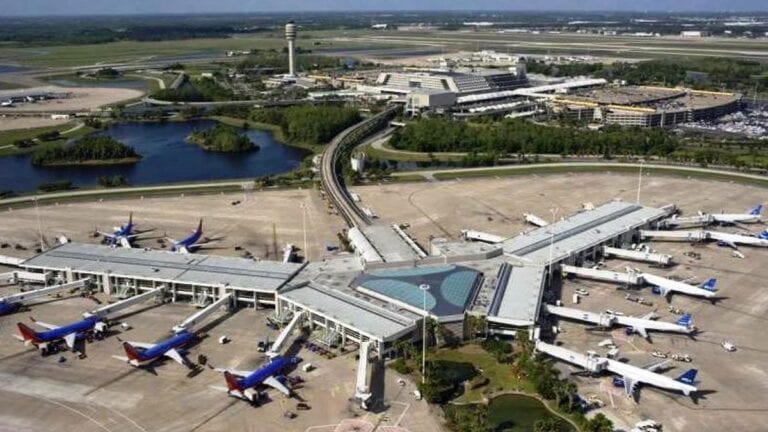 The substantial drop in demand for commercial flights due to the COVID-19 pandemic and the desperate containment measures governments enforced last year, seriously threatened the viability of the entire sector.

With a huge percentage of all aircraft grounded and international border closures, airlines had to face massive job redundancy while struggling to survive.

At the beginning of the pandemic, and, in great absence of reliable data, passengers and airlines did not know to what extent contracting the virus while on a flight was an actual possibility. So travelers stopped traveling.

Nowadays, with more than 107,4 million cases and 2,3 million deaths, airlines and people have learned -the hard way- about passenger seating, masking and boarding time to avoid catching the virus.

After a considerable number of countries reopened their skies, and consequently hundreds of airlines resumed their flights, the OAG, a global provider of “digital flight information, intelligence and analytics for airports, airlines and travel tech companies” has released the results of countries and cities people are traveling from and to in 2021, and it’s not what you would expect.

Dubai-London – snowbirds from London made the Dubai-London Heathrow route become the most scheduled in the world with more than 190,000 seats sold.

Orlando-San Juan – Although Puerto Rico is part of the United States overseas territories, the OAG classifies flights to this Caribbean destination as international ones.

Both destinations have traditionally been quite popular among U.S. tourists. The former attracts families to their Disney parks and the latter all types of visitors to their beaches and warm temperatures.

After discovering that a new highly-contagious COVID-19 variant was wildly infecting people in London and southeast England, Governments of more than 40 countries were forced to bar flights from the U.K. Consequently, the country lost their first place on the flight ranking.

Orlando-San Juan – has taken the lead as the busiest international route in the world, after the Dubai-London route was suspended by Dubai authorities. Travelers from both countries bought 135,244 seats.

Delhi-Dubai – With 129, 683 booked seats, Dubai reappears on the highest places of the list with its route Delhi-Dubai in February.

Cairo-Jeddah – are getting very close with 128,665 seats booked so far in February. It comes as no surprise that both are considered coveted winter getaway destinations.

Other popular airline routes this month have been,

Regarding domestic flights, 8 of the top 10 busiest routes in the world are in Asia. Being Jeju-Seoul in the first place, Hanoi-Ho Chi Minh in the second and Sapporo New Chitose-Tokyo Haneda in the third.