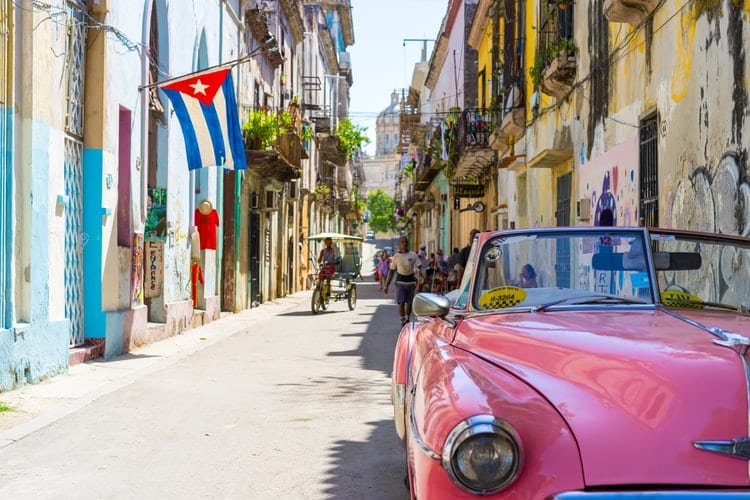 According to the Cuban government, citizens returning home from six countries are primarily to blame for the surge in COVID-19 cases that it has experienced over the past several weeks.

As a result, flights from those countries are being restricted. The six countries that are affected by these restrictions, which were scheduled to be implemented on Jan. 1, are the Bahamas, Dominican Republic, Haiti, Mexico, Panama and the United States.

Sparking this change was Cuba’s health ministry reporting that of the 3,782 COVID-19 cases that had been diagnosed within its borders between Nov. 1 and Dec. 23, 71.5% were people entering or re-entering the country or direct contacts of them.

Meanwhile, Cuba’s total infection rate has doubled over the past month. Prior to Nov. 1, Cuba’s airports had been closed to international flights.

Tourists traveling to Cuba are not deemed to be a concern.

What is are Cubans who, upon returning home, spend extensive periods of time with family members and close friends and sometimes also travel around the island country of 11 million when they should be quarantining themselves.

Conversely, the Cuban government stated that Varadero, a beach resort located 90 miles east of Havana, welcomed nearly 70,000 foreign tourists from Nov. 1 to Dec. 23 with no COVID-19 outbreaks resulting from their stays.

Helping that situation has been most hotels following international health guidelines.

Regardless of whether visitors are tourists or Cuban citizens, they must all be tested upon arriving in the country and, for those not staying in hotels, five days later.

Those needing to take that second test should be in quarantine until after its result has been returned, if it is also negative.

Providing proof of a negative PCR test that was taken less than 72 hours prior to making the trip will be added to the requirements on Jan. 10.