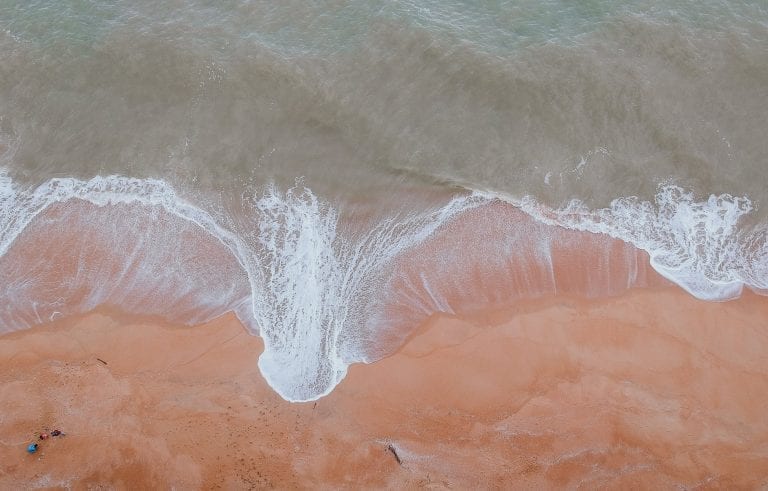 When most people think of surfing in the United States, their minds immediately go to places such as Oahu and Maui in Hawaii or Laguna Beach in California.

This is unfortunate, as there are many wonderful beaches on the East Coast as well which feature spectacular waves, smaller crowds, and much more reasonable prices for beachside accommodations.

One such location is Tybee Island. Located off the coast of Georgia, right outside of Savannah and only four hours south of Atlanta, this hidden gem is a beach bum’s delight.

The island’s unique slang and relaxed atmosphere make it seem almost a world away from the nearby cities, and it has a pleasant climate throughout most of the year.

When to go surfing to Tybee Island?

While Tybee Island is dreamy at any time of year, some months are better than others for surfing. Surf season generally runs from June until November, with optimal waves occurring the fall months.

This is especially advantageous, as crowds tend to be smaller during that time of year.

What are the surfing conditions in Tybee Island?

Check out current surfing conditions for Tybee Island on Magicseaweed.

Also, have a look at the video, it speaks for itself:

Plan Where You Stay

On Tybee Island, you’re never too far from the beach. Of course, why stay close to the beach when you can stay at the beach? There are plenty of hotels ranging from luxe to budget right on the shore.

However, due to the Island’s popularity, it would be wise to get an early start in planning your vacation.

Surf etiquette on Tybee Island really doesn’t differ much from locations on the West Coast or East Coast. Simply be respectful and know when to give right of way and you should be fine.

While Tybee Island has enough waves to keep experienced surfers interested, the smaller crowds and friendly atmosphere means it’s also a delightful destination for novice surfers. There is even a dedicated surf school for anyone wishing to learn and private lessons for those who may feel a bit shy.

When not catching waves, take in the rest that Tybee Island has to offer. Stroll along the streets taking in the charming antebellum-style architecture and enjoy the relaxed atmosphere. Locals often joke that they’re on Tybee time due to the much slower pace of life.

There are few places that can top Tybee Island in terms of scenic beauty, hospitality, and a thriving surf scene. It truly is a surfer’s dream.

Unlike most towns in the United States, Tybee Island is also very bicycle-friendly. Many people get around town via bike, as the traffic can be somewhat hectic, so feel free to opt for two wheels instead of four. Don’t worry if you didn’t bring a bicycle either, there are several shops which rent bikes on Tybee Island and most are quite close to the local surf shops.

TIP: if you wanna blend in, check out this Tybee Island slang.

Tybee Island is a safe place in general! The crimes are very minor and you can feel there very safe most of the time during the day and night.

Tybee Island is slightly more expensive than average in Georgia but comparing to the USA average, it’s a bit cheaper destination.

What is Tybee Island known for?

It was a very strategic point in history, especially during World War 2 when its lighthouse was you for spotting potential enemies.

We hope you’ve found this guide useful and you’ll enjoy your surfing trip! Feel free to submit a comment with suggestions, advice or some feedback.