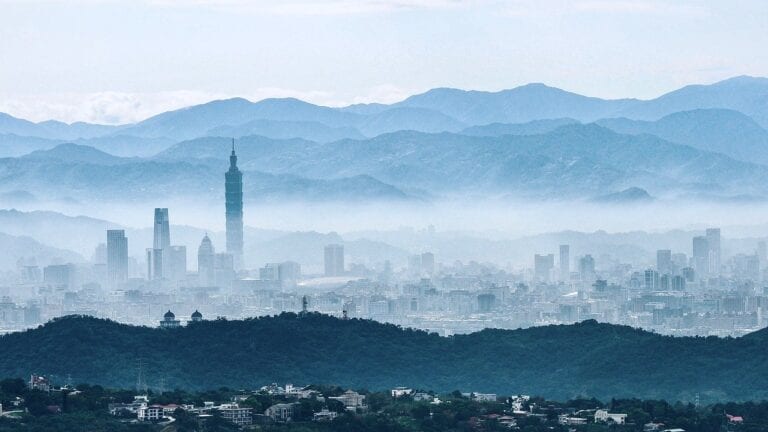 Taiwan Will Reopen Borders For Business Travelers On March 7

Taiwan will reopen to business travelers on March 7 with a reduced 10-day quarantine.

The rest of visitors still need to submit a negative PCR COVID-19 test result and quarantine for 14 days at a government-approved hotel. Residents are allowed to quarantine at home only if they can prove they live by themselves.

Tourism remains banned but reopening for vaccinated travelers is on the table.

According to a press release, the Ministry of Foreign Affairs of the Republic of China (Taiwan) is willing to gradually adjust regulations regarding foreign nationals’ entry into Taiwan “in accordance with decisions and standards set by the Central Epidemic Command Center (CECC).”

If reaching a regional consensus, travelers would not need to quarantine.

February 26 – Taiwan will reopen for business travelers on March 7

Taiwan will reopen to business travelers and shorten quarantine for all arrivals starting March 7, said Chen Tsung-yen, deputy head of the CECC Thursday.

“We will open to foreign business people starting March 7 in line with some relaxations in the overall pandemic prevention measures,” said the CECC.

People arriving for commercial purposes, such as inspection, investment, employment, or performing contractual responsibilities, will be among the first foreigners permitted back in.

The quarantine period will be reduced from 14 to 10 days.

Taiwan requires travelers to present a certificate, in English, of a negative COVID-19 test result taken within three working days before arrival. They also need to observe a 14-day quarantine at a government-approved facility or home if they live alone.

During this self-isolation time, local health officials will call them to check in on them and record their information on a Health Status Record form.

Pan Wen-chung, Taiwan’s Ministry of Education, has informed that these students can either quarantine at the government-approved centers or at government-accepted hotels.

If a student chooses the former option, the school will have to pay (US$50) per day to the Ministry of Health and Welfare (MOHW) three days in advance of check-in. There is also a third option that relies on quarantine centers or dormitories provided by private schools, also approved by local health officers.

What countries can travel to Taiwan?

Keep in mind that given the emphasis on imported cases, Taiwan has been keeping an eye on the COVID-19 situation around the globe and it’s only opening its borders for a reduced number of passports and for a limited number of reasons.

Since the epidemiology status of each country can change without prior notice, we recommend consulting the travel possibilities with your embassy.

As of February 26, Taiwan is still keeping the numbers of COVID-19 cases very low. The territory has reported 20,373 positive COVID cases and only 853 deaths.

What is Taiwan’s current political situation?

Taiwan is a relatively small island inhabited by almost 24 million people. In practical terms, it has operated as an independent territory from China since the end of the Civil War in 1950.

However, the Chinese government has claimed sovereignty over Taiwan since 1949. Due to this situation, China requests other nations not to have direct diplomatic relationships with the island.

Taiwan had already had enough to worry about regarding its context of political uncertainty and growing social unrest when the hardest pandemic recorded in a century happened to break right at its door in the city of Wuhan, China.

It is of no surprise that Taiwan’s economy and flourishing tourism industry took a hit, as most of the world did,  being forced to close its borders and strictly police commercial activity.

Premier Su Tseng-chang stated on Monday that Taiwan’s stringent COVID-19 entry quarantine will be eased in March as the island prepares to reopen to the world.

The Premier has requested the Central Epidemic Command Center to explore “reasonable and appropriate” adjustments so businesspeople could be allowed entry.

“The government must take into account the livelihoods and economic development, gradually return to normal life, and step out to the world,” his office said.

Taiwan has reopened its borders to workers from Thailand and is negotiating the reopening to Filipinos and Vietnamese people on a quarantine facility availability basis.

The Manila Economic and Cultural Office (MECO) Chairman and the Resident Representative met with the Taiwanese Ministry of Labor (MOL) to explore reopening Taiwan’s borders to Filipino workers.

The MOL will examine the capacity of the existing quarantine facilities in Taiwan and will recommend a timetable to allow entry to Filipino workers, with the priority given to returning Taiwan citizens during the Lunar New Year.

Taiwan will continue with its “Zero-COVID” strategy for the time being. Although the government has been highly criticized by multiple economic sectors, it has allowed the country to keep the virus “mostly” out of the territory.

The country has also updated its special entry policy for December. According to the update,

The Bureau of Consular Affairs (BOCA) announced on Friday that the spouses and minor children of select foreign residents can now apply for special entry permission.

Allowed visitors are required to observe a 14-day quarantine at a government-designated facility and complete an additional seven-day self-health management period.

November 22 – Taiwan to allow 5,000 Mandarin students to enter in March

Those who want to visit Taiwan as well as become students of the Mandarin language would be able to enter the country in March, the Minister of Education (MOE) Pan Wen-chung said last week.

The Ministry will submit a proposal to the Central Epidemic Command Center (CECC) to allow some 5,000 non-scholarship and non-degree students to enter the country next year.

According to the Minister, the government would approve students enrolled in programs of six months or longer.

Taiwan’s Ministry of Labor (MOL) stated on Thursday that international employees will be allowed to enter Taiwan at some point between mid-to-late November.

The MOL will grant admission based on a new point-based system that considers the worker’s vaccination status, the COVID situation in their country, and the prospective employer’s epidemic prevention plan.

Taiwan’s Health Ministry later said that these workers will only have one month to enter the country in order to “make room” for Taiwanese citizens returning home for the Lunar New Year holiday.

October 23 – Taiwan could reopen borders for international tourism in November

The Minister projects any of these will happen by the end of October.

Shih Chung-liang, Deputy Minister of Health and Welfare, said the local outbreak in Taiwan has stabilized, and the administration is working to boost vaccine coverage as quickly as feasible.

Only 23.38 percent of the population has got both COVID vaccination doses so far.

This week, Taiwan stated to ease some COVID-19 restrictions after registering zero local cases for six days in a row.

Chen also announced more liftings are coming, which is a positive sign for the resumption of international travel.

It was approved for emergency use last month for anyone above 20 years old.

Although the vaccine has not completed the phase 3 clinical trials and efficacy data has not been released, the government expects to overcome the low immunization rates the country has due to the difficulties to buy other COVID-19 vaccines from overseas countries.

Some doctors consider the vaccine needs to overcome all the clinical trials before starting a massive distribution so they are pushing for a referendum to block its use.

After receiving reports of zero confirmed cases in multiple counties and cities, Premier Su Tseng-chang stated that the threat to the community has been reduced to the minimum levels.

For the very first time in months, Chen said that there is no plan to tighten restrictions. This announcement is particularly important for the Taiwanese people because the city-state is about to start the mid-Autumn Festivals.

The long-paused travel corridor between Taiwan and Palau resumed activities on August 14. Palau will offer 2,000 COVID-19 vaccines to Taiwanese travelers who want to come visit.

Conditions apply – earlier today the Taiwanese government clarified that in order to be eligible for the quarantine-free travel program, travelers from Palau must have received their vaccine shots in Palau only.

Taiwan will be under Level 2 alert until August 23, when restrictions will be revisited by the Central Epidemic Command Center (CECC) once again.

The number of restrictions that will be lifted “or not” on August 9 is still uncertain since Taiwan government refuses to discuss the topic.

Taipei Mayor Hou Yu-ih told journalists that reopening bars even in September is not an option for the capital.

So far now, gatherings of maximum 50 people are allowed. Indoor dining in convenience stores and supermarkets is allowed, weddings can be carried out and tours with 50 participants may operate.

July 22 – Taiwan to extend visa-free entry to Thailand, the Philippines, Brunei, and Russia from August 1

Taiwanese authorities have created confusion among travelers from Thailand, the Philippines, Brunei, and Russia with the announcement that the Ministry of Foreign Affairs (MOFA) was extending its visa-free treatment to these countries while the travel ban remains in place.

According to the press release, Taiwan will continue with its “Project for Simplifying Visa Regulations for High-end Group Tourists from Southeast Asian countries” from August 1, 2021 through December 31, 2022.

Unfortunately, it does not mean that the city-state is opening for tourism. The Ministry has also said that this does “not indicate an opening-up of Taiwan to foreign tourists amidst the COVID-19 pandemic.”

Taiwan is currently emerging from its first COVID-19 wave after being the role model of the world for how it had managed the pandemic until a few weeks ago.

Last Monday, Taiwan’s Cabinet announced that it would be possible to ease restrictions as coronavirus cases seem to decrease across the territory.

“Over the past two days, the CECC has been drafting guidelines (to ease the restrictions), and it is planning to move in this direction,” said Health Minister Chen Shih-chung at a press briefing.

With less than 8 percent of its population fully vaccinated, Taiwan is currently under a Level 3 COVID-19 alert.

Taiwan was one of the few countries unscathed by the pandemic until last month, when everything changed all of a sudden.

In early May several clusters of infections started to pop up mostly in the northern part of the island. The biggest one has been tied to the world’s biggest semiconductor company.

Last week, the government banned foreign workers from leaving home in an attempt to contain the ongoing COVID-19 activity.

Additionally, level-3 restrictions were extended through at least June 28. This means that gatherings have been limited to 5 people and wearing a face mask at all times is mandatory. (Source: NYTimes)

“We are opening this travel bubble in hopes of boosting tourism and economic activities for both (sides) while preventing the spread of Covid-19.” Said the Taiwanese Health Minister Chen Shih-chung.