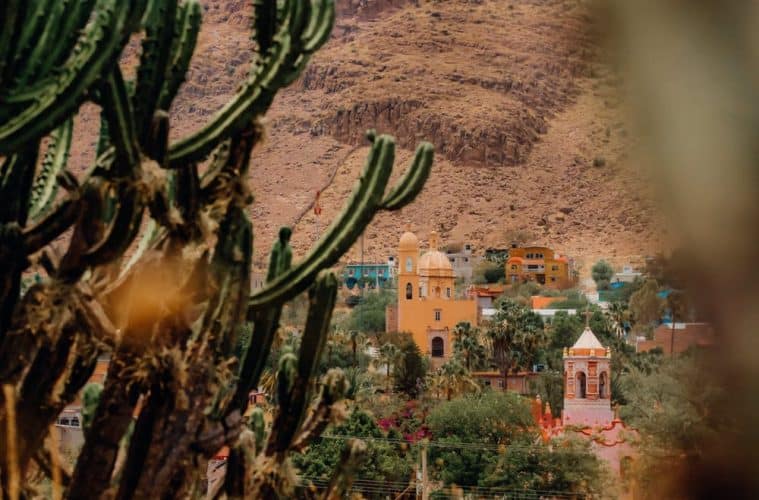 Things to Know Before Traveling to Mexico

If you love drinking and you love a good party, chances are; a good bottle of tequila is also one of your loves. Most people outside of Mexico probably only know of “Jose Cuervo” as the commonly known brand of tequilas’. But here’s something else: Within the country itself, hundreds upon hundreds of brands of mezcal exist. From there, you can have whatever level of potency your body can handle. And like that the country itself has placed more dangerous than most of us can take.

Let us consider this article as spreading awareness about things not to do once in the country if you were planning a holiday and have chosen Mexico as your destination.

One should also refrain from dining at big tourist attractions. Sure you want to see the most hyped up places with your own two eyes, but eating at such places does come at hefty prices. So unless you do not mind splurging away, there are plenty of places to eat from for a fraction of what you will be charged at famous locations.

Some parts of Mexico are synonymous with violent crimes such as homicides, robberies, carjackings, and kidnappings. Not forgetting the gang wars which take place between cartels. Here is a list of the top five states to not set your feet on, no matter their levels of popularity.

The Places To Avoid

Mazatlan: Known for its high rates in homicide. It is believed that most violence in this state stems from drug-induced behavior. If you really feel you have to go and explore the city regardless, there is a travel advisory put in place and you are advised to register with the Smart traveler Enrolment Program (STEP); which is aimed at locating individuals should they get lost.

Reynosa: Cartels are recognized as the main drivers of violence in this place as they tend to have disputes over their territories in this border town. As popular as their beaches are known to be, Officials advise people to stay away and for their locals to be cautious.

Tepic: In this capital of the Nayarit state, west of Mexico – cartels make headlines for their violent disputes. It is highly advised to avoid this destination.

Ciudad Obregon: As much as its website claims it to be safe and boasts of its heavy police presence; other reports state the place to be dangerous in the international drug and human trafficking trades.

Chihuahua: We may associate this name with one of the most revered hounds in the world of dogs, mainly liked for its petite size and relative cuteness. The same cannot be said about this Chihuahua. In fact, it is one of the most dangerous spaces in Mexico and the world at large.

Because of the different climate conditions, it is wise to carry a first aid kit with you at all times. Especially since the medication you know and use, may not be available around these parts of the world. The medical service industry is otherwise well equipped and apt, the only problem might be a slight language barrier. Public hospitals are generally used by locals, meaning the common language is Spanish. You will meet some professionals who can speak English here and there, but if you would rather not take chances and can afford it – go for private facilities. They tend to be a lot less busy anyway.

Vaccinations are not a requirement when entering Mexico; however one should get the following covered if visiting for a short period of time:

Malaria is not that common but can be caught in certain parts of the country. If you will be traveling through rural areas, it is then advised for you to get yourself vaccinated.

What Things to Avoid in Mexico?

Also known as Traveler’s Diarrhea, is on top of the list of the most common diseases one can catch when in Mexico. To keep at bay from this, do not drink the tap water. That also means no washing of fruit and vegetables with it, rather use bottled water. Be sure to check that the bottles are properly sealed when making a purchase. Sometimes people take it upon themselves to top them off with tap water as a means of making more money. If you are going to drink from pubs and such, ask if the ice is from filtered water. If unsure, refrain from the ice.

As it is elevated by 7300 feet above sea level. This means the air is a little thinner than not and may require some getting used to. The best thing to do when accosted by the sickness is to stay hydrated and keep activities to a minimum!!

Public drinking is strictly not allowed.

Rather stay in your resort with your booze and keep away from possible arrest as it is considered a criminal offense, along with drinking and driving.

Driving at night is a choice made at one’s own risk.

The roads are considered dangerous for night driving and the police renowned for soliciting bribes. So stay safe and save money by staying put at night, your resort is sure to provide you with the best amenities so as to not feel the need to go gallivanting about in the dark hours of the night.

As much as there is a list of places to avoid above, it is best to keep safe by taking good care of yourself and your belongings. So keep your eyes and ears open, and do not lose track of your valuables.

Here are a few things not to say whilst in Mexico, because sometimes we think we are trying to impress the locals by flexing some newly learned vernacular; only to find ourselves swimming in hot water!

”A cheeseless quesadilla, please”.  In Mexico, quesadillas are served without cheese, only as a prerequisite.

“Do you speak Mexican?”.  There is no such language. Spanish is the word.

“I don’t have change.” Most businesses in Mexico are informal and therefore trade in smaller denominations of money. Keep your coins close because chances are, they will most certainly be coming in handy.

And those are only a few of the sayings to avoid. If you do not want to get yourself in the hot water, do yourself a favor and find out what other things are worth keeping to yourself!

Last But Not Least.

The following are other things one should be aware of when in Mexico. It is always best to be in the know of your surrounds. No matter the place or weather!

Tips are always welcome in the hospitality industry; it is how most people earn their income. The standard gratuity to leave behind is generally between 10% and 20%.

Do not wear sandals and flip-flops

Unless you do not mind getting your feet dirty within a few hours of roaming the streets in the cities.

Do not go out early for dining

People in this country eat late. So, eat alone and early; or just go with the flow and enjoy your time doing things, the Mexican way.

Immigration cards are filled upon arrival at the airport

Keep yours safe in case you get lost. You might need it when you leave as well.

Learn a bit of Spanish

Sure there will be people who can speak English but chances are, it won’t be fluent. So make things easy for yourself and pick up some words and phrases.

Haggling is the norm when it comes to shopping

Learn to be patient and do not settle on the first or second or third price- it takes some getting used to but can be a whole lot of fun once in the swing of things.

That means:  Do not wear revealing clothing if you want to be roaming about freely. More is less harassment.

And finally, of all the things one should avoid, here is one that is highly encouraged! DO mix with the locals. They are an authentic and fun nation of people, who will show you the best of the best when it comes to all good things Mexican.  Go on a tour into the rural areas and learn about the people, places, and culture. Just remember to keep your head above your shoulders and follow your gut.