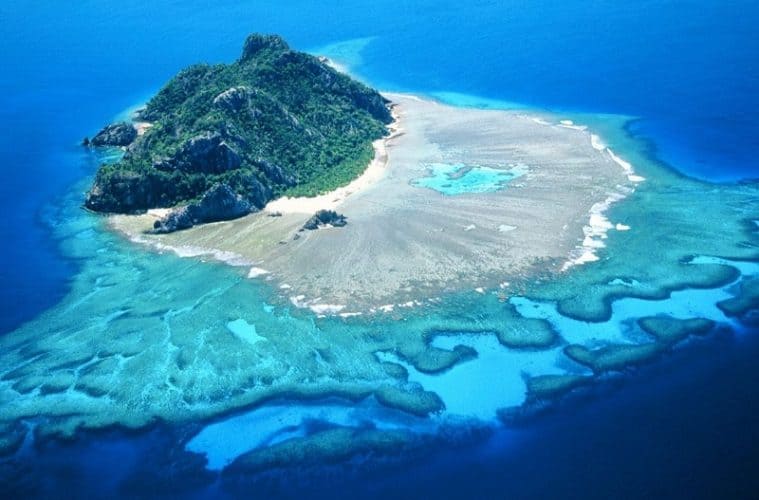 Why is Fiji One of the Most Beautiful Remote Islands in the World?

Fiji is the prototypical South Pacific Paradise which is famous for its tropical islands and friendly people. Fiji is a group of over 300 islands and 500+ islets. All these in composite acquires an area of about 194,000 square kilometers. These cluttered islands and islets are full of attraction ranging from shaggy volcano peaks to picturesque coral reefs, exotic waterfalls, and dense rainforest.

To be honest, 300 islands are way too much for anyone visiting Fiji. It is almost humanly impossible to get to visit all 300 at once. As per the main topic, “Why” Fiji is one of the best remote islands in the South Pacific, I have ten reasons aka 10 beautiful islands which proves that Fiji is an exotic place to visit. However, all the islands of Fiji are unique and magnificent, yet there are these top 10 islands people do prefer to visit first in Fiji.

Your trip will begin always at the “Nadi International Airport” on the main Fiji island. Airport is very well connected with options of various airlines, including local Fiji Airways.

Let’s see what makes this place the best among all the remote islands of South Pacific ocean. 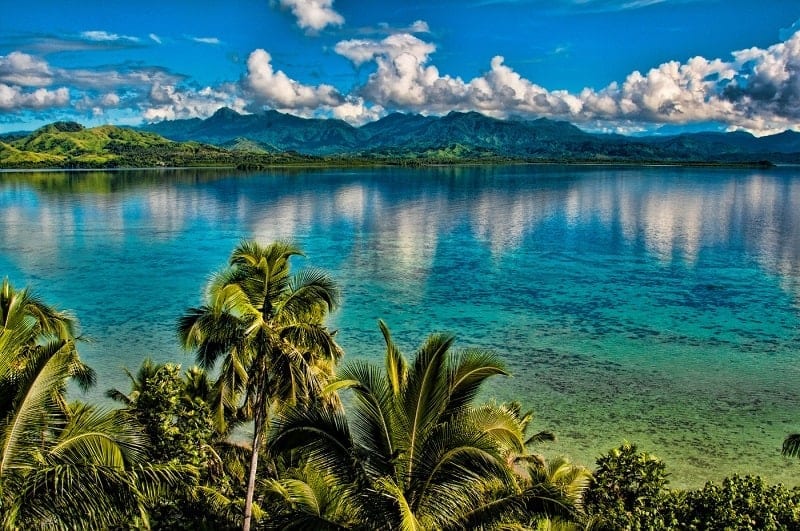 The largest and most populated island of Fiji is Viti Levu, from there the exotic and striking mist-veiled peaks of Beqa are visible. The Beqa Lagoon is also very famous for scuba-diving. The reason behind this lies deep in the sea “The abundance of sharks”. Beqa is also known for its traditional tribe of fire walkers. This tradition is still practiced in the nine Fijian villages. These villagers still call Beqa as their homes. It is a must go the island of Fiji. For Scuba Divers and shark lovers, well, it is Paradise. 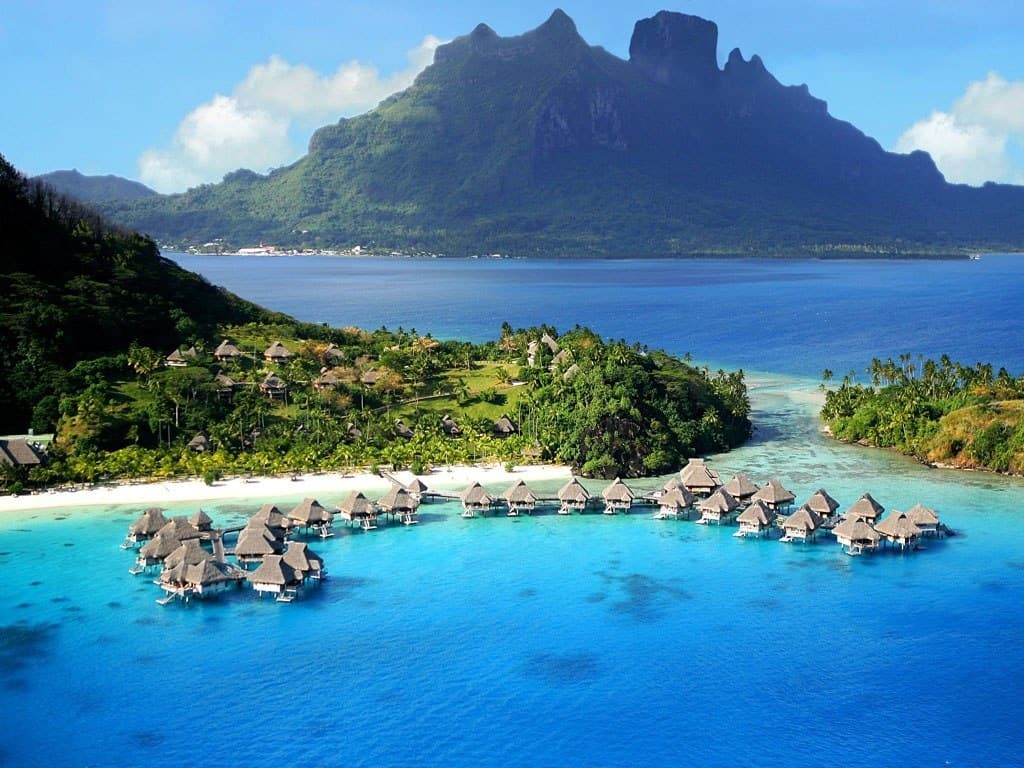 Vatulele is a Flat island in comparison to its neighboring island archipelago. Just because of its super rocky foundations, Vatulele comprises of many fascinating rock pools, rugged caves, and dramatic cliffs. There are many resorts which cater the tourists and Fijian villagers as well. These local Fijian villagers are identical with their fellow mates of archipelago, cheerful, convivial, and warm hearted. They always welcome tourists and they are now well known for their hospitality. 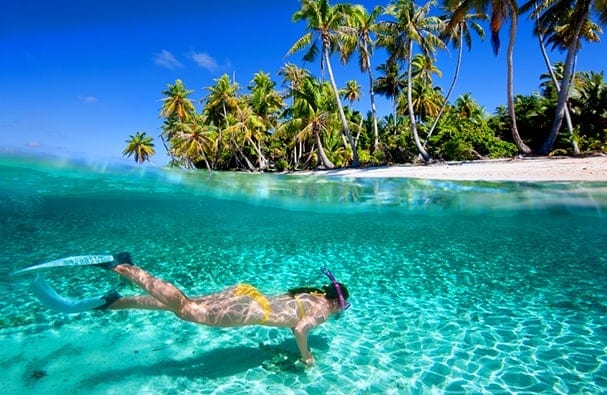 Qamea is a small beach but very well known for its beautiful beaches. The entire perimeter of the island is full of surprises. Some are covered with hard rocks, some with the divine sand and some with the mountains. As the perimeter is rippling, this gives this place certain nature’s gift as astounding bays, inlets, and coves. This place is highly crowded during November and December as thousands of land crabs migrate to sea for mating. This turns out to be magnificent. 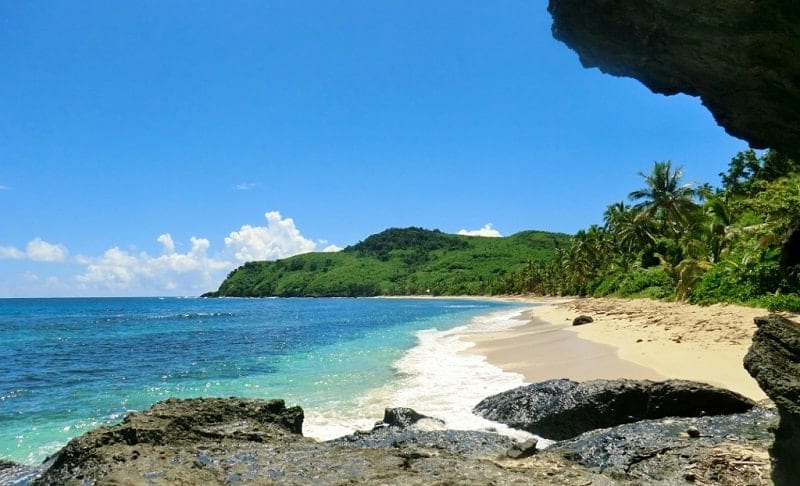 Waya is very known among the hikers. This tiny little island is rugged and hilly most of which is covered by a wild untamed forest. Hikers love it because of the Summit of Waya’s peaks which give you a perfect view of the hill right across the island, down at the sea bottom. This dramatic view is breathtaking and magical. The beaches are very beautiful with a slight touch of coral reefs which can be found there in abundance. 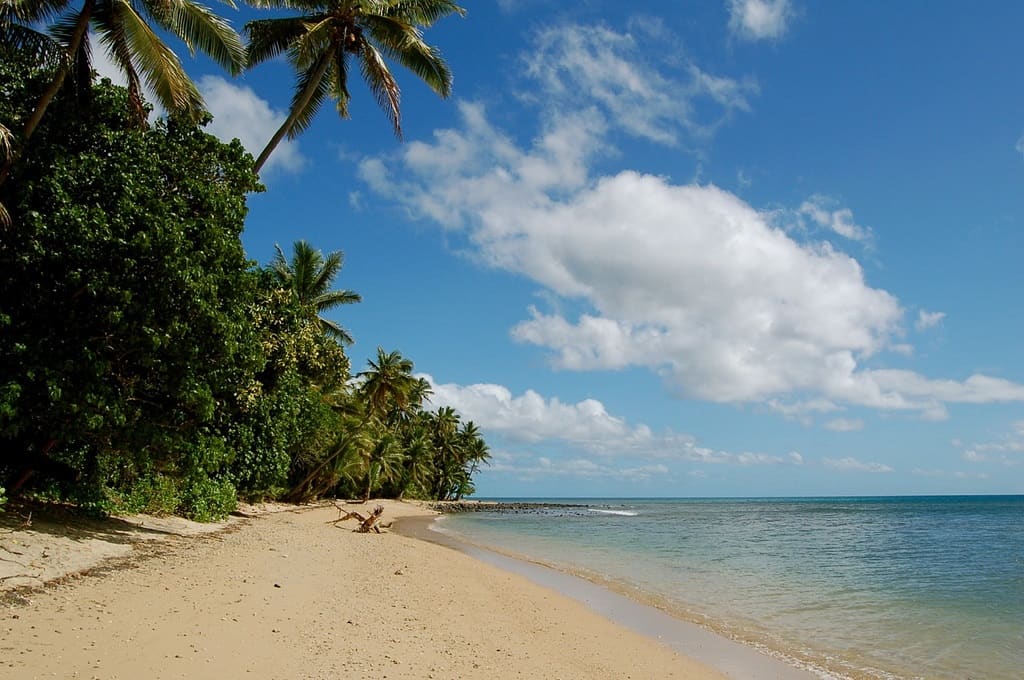 The home of Great Astrolabe Reef which is one of the most abundant and largest coral reef in the World. The another reason for such popularity of Kadavu is prolific unusual marine life. It is well known for its diving locations and also the ground above sea level is as awesome as the ground down the sea level. Kadavu is full of indentations and coves, Some coves even cut the whole island into two. The bays are very pleasant to watch. Kadavu is a paradise with very distinctive coastlines. 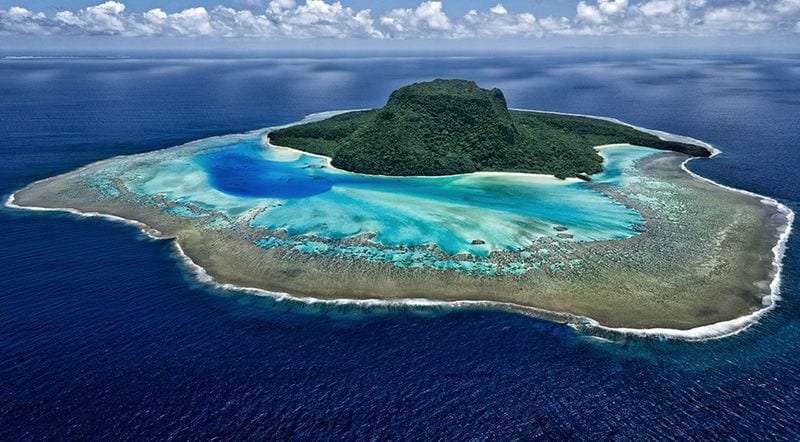 Lakeba is a part of few islets which are spread across the Eastern border of the Fiji. The interesting thing is in this cluster of islets, there are only Two guest houses for the tourist. The rest area is a venture by the 2,000+ Fijians. One of the guest house is in Lakeba and this draws people towards it. It is habitat by the wild and rugged beauty which gives it the pure authenticity to its character. 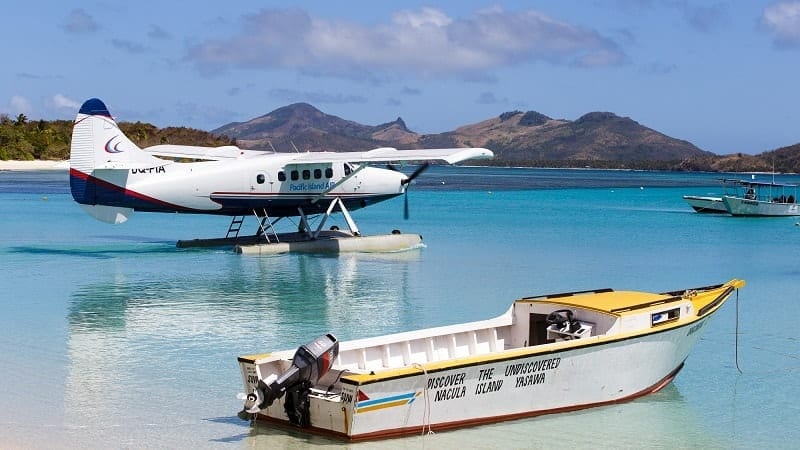 Attention beach lovers. You won’t find a place as awesome as Nacula when the beauty of beaches is concerned. It is argued as one of the finest beaches in the world. Nacula is an island in the Yasawa chain. Long Beach in Nacula provides you the perfect scenery of nature and this also gives the tourists an opportunity to swim and snorkeling. It is an eco-sensitive beach with world class resorts to cater all the modern world facilities. 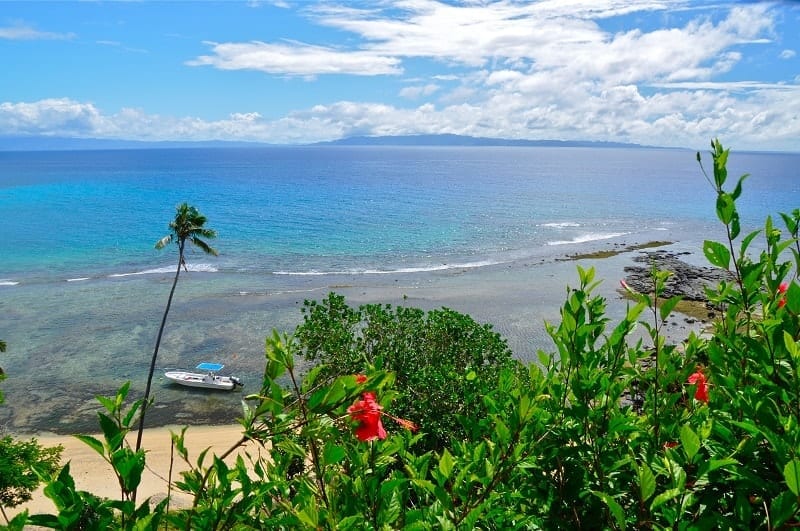 Taveuni is the third largest island in the archipelago and commonly referred as “Garden Island of Fiji”. Taveuni’ shaggy volcanic foundations roll under the rainforest and give origin to many waterfalls, lagoons, coves and craters in it. The canopy in Taveuni gives shelter to loads of wildlife species. The main attraction, however, is something else. It is the famous Tagimoucia flower. 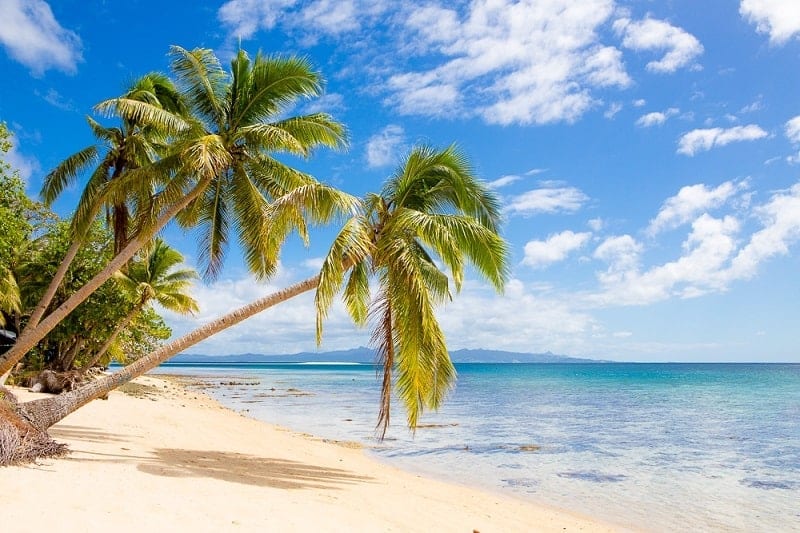 Caqalai is a tiny island and often referred as Fiji’s hidden treasure. It can be barely showed in the maps of Fiji to those who overlook the map. It is very colorful and consists quite majestic palms and vegetations. It can be a perfect paradise for an adventurous traveler. It is awesome to visit the beaches at the low tides. You might find some lagoons left by retreated Pacific ocean. 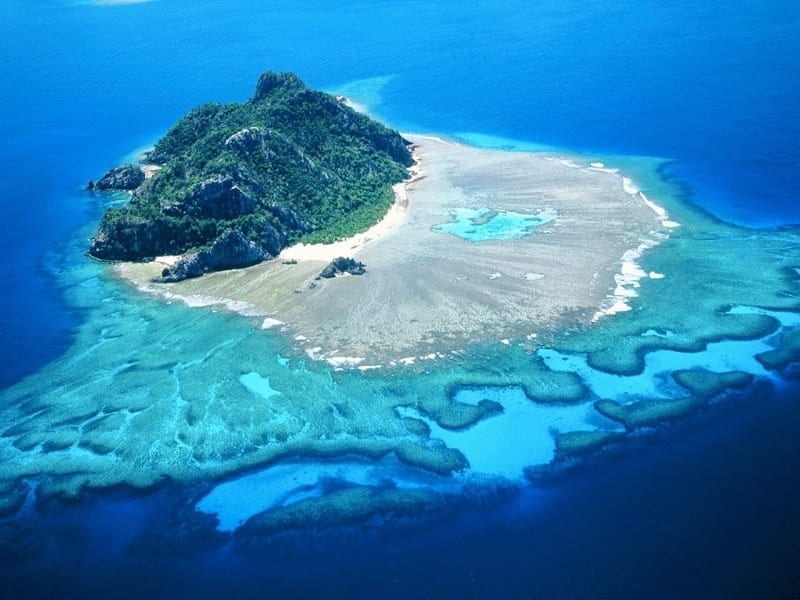 Monuriki is a part of the most beautiful island of the Fijian archipelago- Mamanucas. It is full of impressive soggy volcano peaks which are always covered in limp tropical leaves of plants. This gives those rocks a feel as if they are changing their color. Due to its beautiful untamed beauty, it was also used as a set in the Oscar-winning movie “Cast Away” 2001 which was starred by Tom Hanks. Monuriki is the crown of Mamanucas. It is a must go place.

So, these 10 islands prove that Fiji is one of the most beautiful remote islands. This is the beauty status of just 10 islands. There are 290 more. So, just think again if you think otherwise. Just in case, I am reminding you these islands to mark them as must in your travel itinerary to Fiji.

I hope you like my post. Did I miss something? Remind me via comments and I will get back to you. Till then get ready for Fiji!!!

Author: Chelsea Nguyen is working for paradiseinfiji.com. She loves traveling andsharing her experience while traveling. She is hardworking and trustworthy. In her spare time, she loves to read, cook and watch movies.