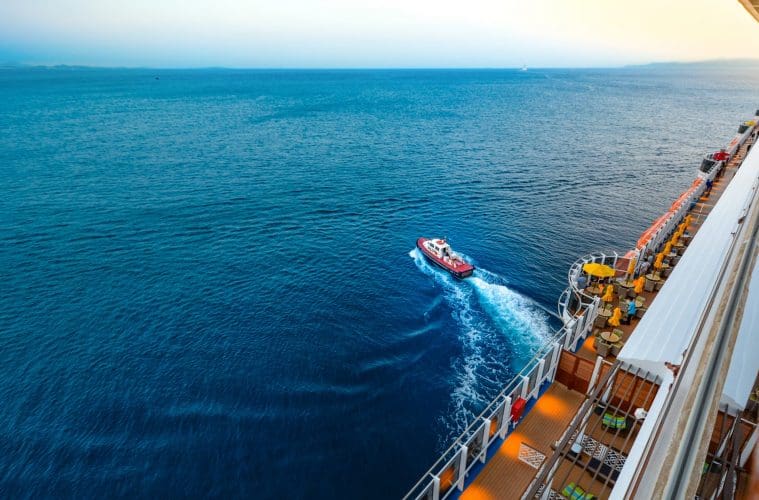 5 Itineraries That Will Change Your Mind About Cruising

I met a friend last week who had just returned from trekking in the Upper Mustang region of Nepal. He described the entire trip as ‘epic’ and ‘off-the-beaten-path’, regaling me of tales of his adventure. However, when I suggested that his next trip should be a cruise. His face fell, as do many people’s when I suggest this option.

Sadly over the last 10 years, cruising has gained a somewhat tame and, dare I say it, elderly reputation. This puts off the more adventurous audiences who want their trips to filled with unique experiences. Yes, it’s true that the standard cruise itineraries around the Mediterranean offer more champagne than adventure, however, there are cruises dedicated to epic experiences.

Expedition-Style cruising has become very popular in recent years as it accommodates people with a love of adventure. These cruises are far from the norm and explore regions that few people ever get to see. To give you a better understanding, I’ve listed 5 examples below that will hopefully change your mind about cruising!

Not only is Antarctica one of the most remote and extreme environments on earth, it can only be reached via cruise ship. There are plenty of cruises that visit the Antarctic Peninsula, but only a handful each year that travel up Antartica’s east coast. This is a part of Antarctica that very few humans have set eyes upon, making it ideal for adventurous travellers. Trips usually depart from New Zealand and finish in Ushuaia, Argentina. The cruise visits some of the most isolated islands on earth including Campbell Island and Macquarie Island. You’ll see enormous colonies of penguins and visit historic explorer huts such as Mawson’s Hut on Commonwealth Bay.

This is potentially one of the greatest cruises on earth – some would argue the greatest journey of any kind. Thanks to melting sea ice, the mighty Northwest passage has now opened up enough to safely allow cruise to navigate through. You sail all the way from Greenland to North Alaska witnessing some of the most epic landscapes on earth. You’ll visit places like Ellesmere Island, Arctic Bay, and Grise Fjord. History lovers will enjoy learning about Sir John Franklin ill-fated trip here in 1845 and seeing the windswept graves for themselves. You’ll witness plenty of wildlife and visit local Inuit villages as you make your way through this fabled passage.

Yes, Alaska cruises are very popular among the big players like Holland America, Royal Caribbean, Norwegian etc., but you’ll also find some epic expedition cruise options. National Geographic, for example, offers 8-day wilderness itineraries which get visitors up close and personal with some of Alaska’s most well-known creatures. Under the supervision of guides, naturalists and photographers, you’ll take day hikes to explore the forests, zodiac trips to reach small inlets, and photography tours to search for bears, eagles, orca and much more.

Known as the ‘Jewels Of The Arctic’, Iceland, Greenland, and Svalbard provide the perfect Arctic experience for travelers wanting to explore more than just pretty mountains (although those are included). No introduction is required for Iceland, it’s famous the world over for having some of the most diverse, stunning and dramatic scenery on earth. Greenland though is a harsh and windy land that is exceptionally memorable for its stark beauty. You’ll have the chance to see musk ox on Greenland as they graze on the tundra. For polar bear lovers there is no better cruise destination than Svalbard!

Finally, we come to the most epic of the 5 itineraries mentioned – the North Pole. Most people don’t even realize you can cruise here. The term ‘cruise’ is slightly misleading as you’ll be aboard a Russian nuclear-powered icebreaker called 50 Years Of Victory. You can forget luxury pools and spas, this ship is built for one purpose; to plow through the thickest sea ice on earth. If you love wildlife, don’t panic, to reach the North Pole you’ll sail through Franz Josef Land where you’ll see polar bears, whales and millions of seabirds. Once at the North Pole you can celebrate with champagne and take an optional hot air balloon ride. With a price tag of $28,000 though, this is not the cheapest of cruise options!